As office vacancy rates shot up drastically in capital cities last year, a different story was unfolding on the Sunshine Coast.

A glut of buildings on the market was steadily absorbed, and new A-grade projects were quickly filling with tenants. As vacancy rates dropped from a high of 22 per cent in 2019 to just 13 per cent in January this year, according to figures from the Property Council, the Sunny Coast became the hottest office market in Queensland.

Herron Todd White’s Chris McKillop said the market had been steadily improving for a number of years. “It’s quite buoyant, and it’s been ticking along well,” he said. “And then the last 12 to 18 months has gone ballistic.”

In the property valuations firm’s latest report, the Sunshine Coast is designated as the country’s only office market approaching its peak. Notably, the areas considered “rising office markets” were in the regional areas of Byron Bay, Lismore and Ballina.

While the pandemic and remote working arrangements have thrown much of the nation’s office market into unchartered territory, in many areas demand for office space is far from subdued.

“You look around the Sunshine Coast and in some respects, it’s like COVID has never happened,” Mr McKillop said.

The expansion of the medical sector around the Sunshine Coast University Hospital was partly driving the uptake of office space, he said. “And the Sunny Coast has one of the highest levels of start-up businesses in the country. There’s a lot of incubators.”

The new Maroochydore City Centre is slated to deliver 160,000 square metres of commercial and retail space over the next 15 years, with Walker Corporation recently signing a $2.5 billion development agreement. 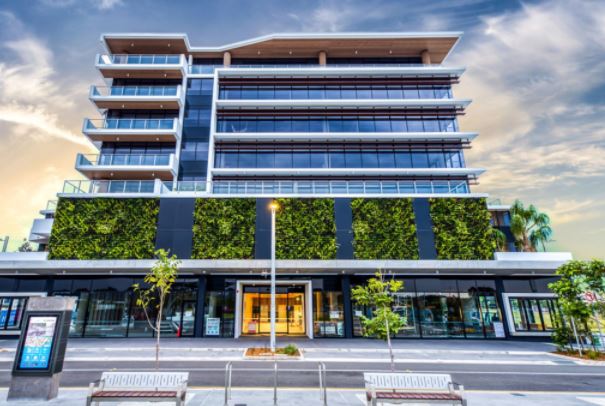 The success of Foundation Place, the first commercial project to open in the new city centre, has boosted confidence in the local office market.

The five-storey office building developed by Evans Long was fully leased within months of completion.

Transact Property Group director Mark Dann said he was now dealing with enquiries for A1, the developer’s next proposed retail and office project in the Maroochydore CBD.

“The enquiry has certainly been very strong and we attribute that to the success of Foundation Place,” Mr Dann said. “It’s given local businesses and the commercial market a lot more confidence.”

Foundation Place was bought by fund manager Primewest for a rumoured $30 million at the start of the year.

Mr Dann said the shift away from major eastern seaboard cities since the pandemic began had boosted the local office market.

“People moved up and said, ‘I can work from home’ … but after a certain period of working at home, it’s probably not ideal so they’ve gone out looking for space.”

Mr Dann said his agency was having difficulty finding small office spaces between 50 and 120 square metres for tenants. “And there’s honestly not a lot available. Two years ago, there would have been pages and pages of listings.”

He noted a “flight to quality” as new office projects with more facilities were coming onto the market or in the pipeline.

Despite the drop in vacancy, net rental levels have remained stable over the past two years.

He expected the new Maroochydore precinct to continue to attract businesses from across the Sunshine Coast.

“Our vacant space is all the older stock that was built 15 or 20 years ago, and is probably in mixed-use locations.” 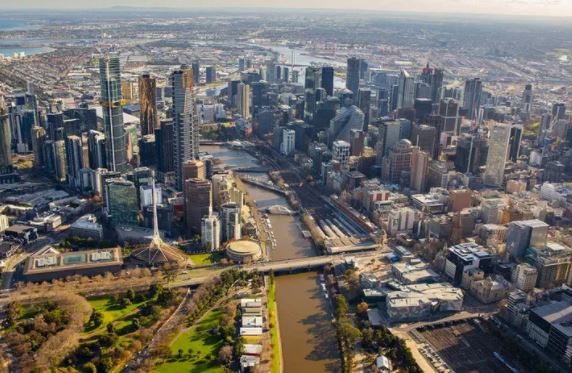 Commercial landlords are being pressed to “dig deep” in the crawl to a long haul recovery, as heightened leasing perks are forecast to hit a record 39 per cent by the end of 2021.

Leasing incentives are projected to tip into next year—nearing a 40 per cent rise from 2020 year-on-year.

Hybrid working trends and unprecedented levels of subleasing stock have pushed incentives to levels not seen since the early 90s, according to CBRE senior research analyst Nick Baring.

Vacancy rates are poised to hit short of 12 per cent by the final quarter of 2021, a 45 per cent rise from January this year.

In response to the threat of long-term vacancies, institutional landlords are marketing free rents, contributions to fit-outs and early access to garner quality tenants. Private landlords will mostly feel the pinch, competing with minimum financial resources to remain competitive.

It is unlikely incentives will decline in Melbourne’s CBD until at least the first quarter of next year, while Melbourne’s metropolitan landlords won’t experience relief until the second and third quarters of 2022.

Rents further declined by 12 per cent at the start of 2021 to $404sq m, and a three per cent fall is expected by the end of this year, according to the CBRE research. 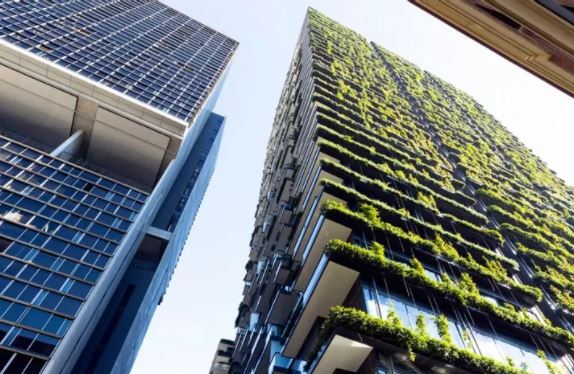 ▲ Vacancy rates are poised to hit short of 12 per cent by the final quarter of 2021, a 45 per cent rise from January this year.

JLL head of research Andrew Ballantyne said that while the numbers remain negative, there’s been green shoots amid the “re-establishment” of the market.

“We are now seeing inquiries and activity picking up from smaller users particularly organisations within the 500 to 600 sq m space.”

The Victorian head of CBRE’s office occupier team Angelo Pavenello suggests leasing in the 600sq m size range is not as popular with tenants compared to larger 1,000sq m spaces.

Spaces with packaged fit-outs remain top of the leaderboard—encouraging landlords to consider upgrading their office spaces to avoid high incentives in the long term.

Outdoor terraces, on-site cafes, and social break-out areas are some of these which will make work feel more like home.

On the journey to recovery, businesses have progressed with completing internal space reviews and implementing strategies to steer employees back to work. 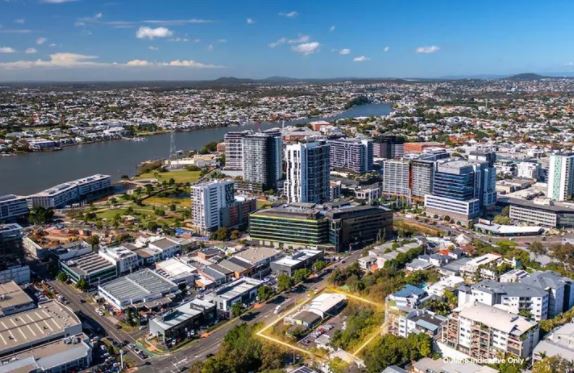 A large mixed-use development site in one of Brisbane’s hottest sectors that has been in the same family for six decades is being offered for sale via an expressions of interest campaign.

The site, which is being offered with vacant possession, is located at 56 Breakfast Creek Road, Newstead.

About 2kms north-east of the Brisbane CBD, the site has been the home of Alex Gow Funerals since the 1960s. 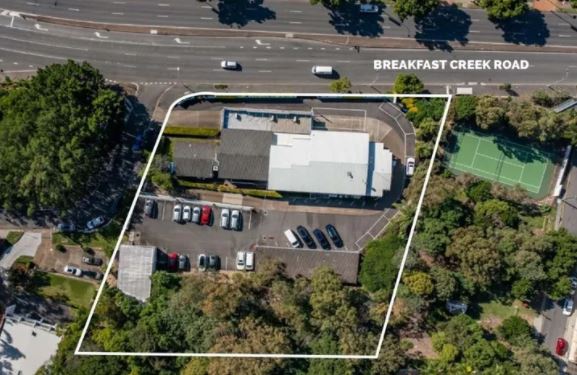 It is within walking distance of public transport and close to the popular Gasworks precinct.

That precinct is a commercial, residential and retail development at Newstead that includes restaurants, cafes, shops, a supermarket and a public plaza inside the old gas holder of the heritage-listed Newstead Gasworks.

The property sale is being handled by Savills, whose national director Peter Tyson said the site located on the gateway of the main route between the CBD and the city’s airport.

“The site is in Brisbane’s most desirable development location, the Newstead—Teneriffe—Fortitude Valley locale, which provides a high level of existing amenity,” he said.

“The site’s large size, 5272sq m, means it has potential for development of significant size.

“Sites of this scale with wide-ranging mixed-use potential in such prime locations are increasingly rare and this site will be seen as a trophy opportunity by residential and commercial developers alike.” 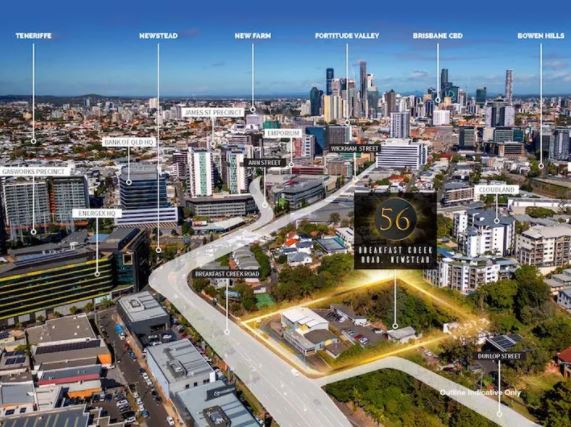 ▲ The site, which is being offered with vacant possession, is located at 56 Breakfast Creek Road, Newstead.

It is an elevated site with two street frontages: Breakfast Creek Road (about 69m of frontage) and Dunlop Street (about 44m).

Savills’ Peter Tyson, Will Carman and Robert Dunne are marketing the site.

The expressions of interest campaign closes at 3pm on July 15, 2021. 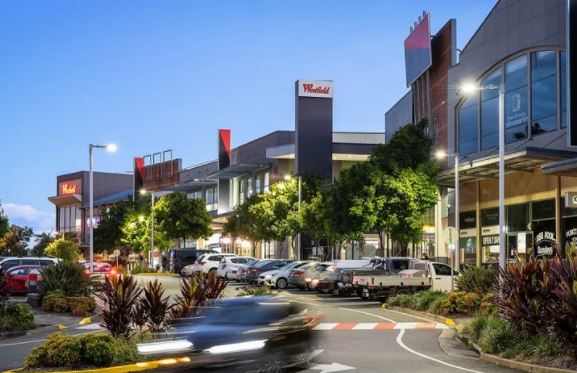 Fund manager QIC will test the retail market by offloading its 50 per cent share in a Gold Coast shopping centre.

The half stake in Westfield Helensvale is expected to be worth more than $200 million with Scentre Group owning the other share.

The centre was built in 2005 on a 17.27ha site in the Gold Coast growth corridor at 1-29 Millaroo Drive, just off the Pacific Highway.

Major retailers Woolworths, Coles, Aldi, Kmart and Target account for 88 per cent of the total GLA which is approximately 44,800 square metres. 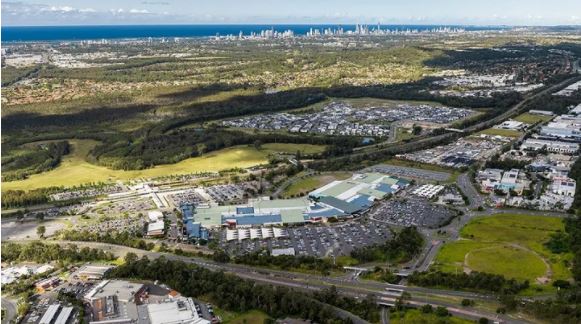 ▲ Westfield Helensvale is located in the Gold Coast’s growth corridor, just off the Pacific Highway.

CBRE’s head of retail capital markets Simon Rooney said retail fundamentals were continuing to improve so this offer would test the market.

“We expect this strategic 50 per cent stake in Westfield Helensvale to be competitively contested, as regional assets of this nature are traditionally tightly held and rarely traded,” Rooney said.

In 2019 Scentre Group acquired a 50 per cent stake in Western Australia’s Garden City centre for $575 million.