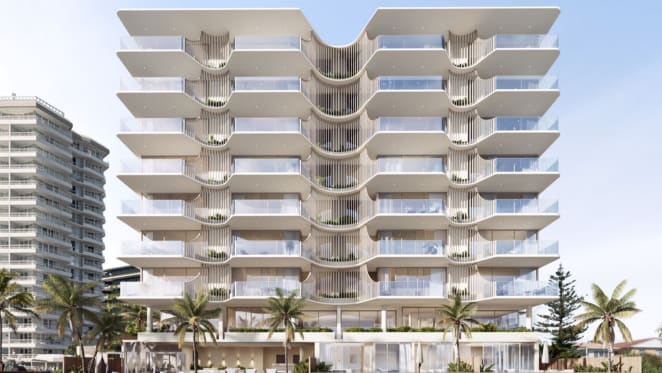 The booming Gold Coast market is seeing apartment developers, flush with a flurry of quick sales, fast-tracking the proposed construction date of their new developments.

The booming Gold Coast market is seeing apartment developers, flush with a flurry of quick sales, fast-tracking the proposed construction date of their new developments.

Cabana at Palm Beach, the luxury six level absolute beachfront block at 1 Nineteenth Avenue from Ignite Projects, is now expected to commence construction as early as June, having seen 23 of its 34 apartments sell within two weeks of its launch.

The Plus Architect-designed apartment building is now slated for completion in late 2022, rather than early 2023. 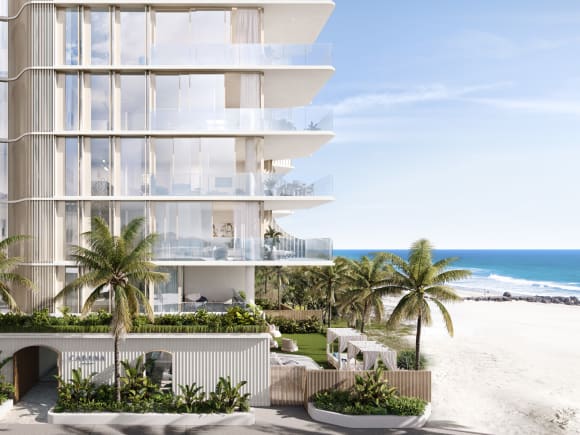 Now Gold Coast developer Azzura are looking to fast-track construction of the first stage in their $2.3 billion Imperial Square development in Southport.

Part of the project will be a 108-level tower, set to be one of Australia’s tallest buildings.

Azzura have seen over $22.5 million in sales since launching the Regal Residences which comprises 145 apartments and 200 hotel suites in an 18-level tower. 53 of the apartments have sold, with a further 15 reserved by potential buyers. 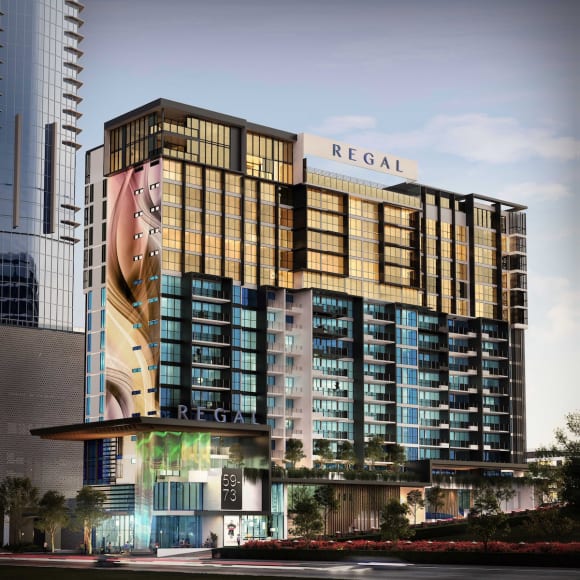 Construction will now start in the coming months, with Azzura reserving a further 15 apartments for exclusive potential buyers.

Azzura’s sales director Jason Paris says if apartment sales continue at the current pace, all remining apartments could be sold within the next six to eight weeks.

“We’ve experienced a solid pace of inquiries for apartments in this debut offering at Imperial Square since January,” said Mr Paris.

“Local buyers have included a mix of first-home buyers and downsizers, all looking for the lifestyle this central location has to offer.”

Interstate buyers account for about half of the sales which have been struck at an average price of $425,000 as buyers take advantage of the project’s incredible value.

“Many of these buyers have sought a solid investment that will deliver a positive cash flow, which is supported by a shortage of quality properties in central locations on the Gold Coast,” said Mr Paris.

“Some of the buyers plan to spend the winter months in their Regal Residences apartment and rent it for the rest of the year. Others plan to rent it for two or three years before eventually retiring on the Gold Coast.”

Regal Residences presents buyers with a choice of one-, two- and three-bedroom apartments.

Residents will also receive an Imperial Cub membership, including a complimentary stay for a week over five years for a friend or relative in the Regal Residences hotel. Membership includes valet parking and discounted prices at bars and restaurants in the development.

Brisbane apartment market in the spotlight: Media Hunt’s May update 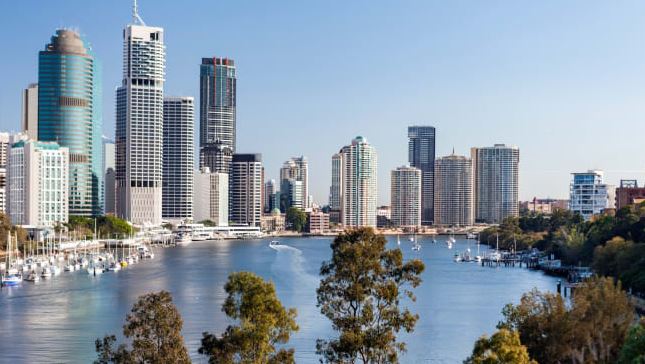 The rolling quarterly apartment gains are now up to 3.2 per cent, with the median apartment price reaching $411,000.

The media veteran Steve Hunt, who founded the public relations and media strategy firm Media Hunt in 2005, has cast his eye over the Brisbane market and what’s happening in the Queensland capital.

Hunt mentioned The Fernery, which has been popular with local owner-occupiers

Urban recently spoke to Colliers residential director Andrew Scriven, who said most of the buyers have come from a couple of kilometre radius. 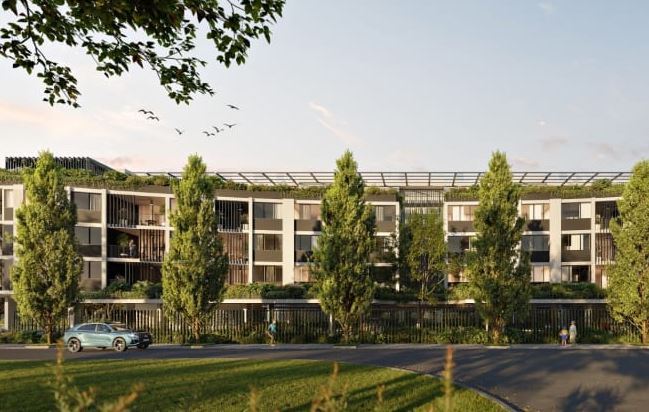 “There’s been overwhelming success since launch in April from the local market, looking to either downsize, invest or secure something for the children,” Scriven said.

“Locals have really embraced the project. They haven’t really had that offering ever.”

The project by the Townsville-based Honeycombes, in partnership with their financier MaxCap, will comprise the 82 apartment block The Fernery, as well as a 12,000 sqm retail centre set next to the Ferny Grove train station. 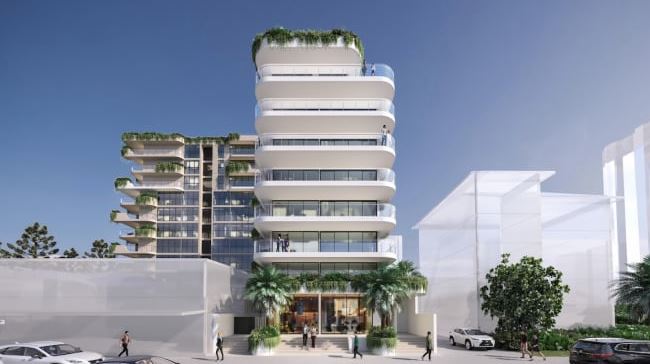 The crowning glory of the development in Club Esprit, a rooftop residents only rooftop and wellness space.

Fresh off the success of their nearby Flow and Awaken Residences, the Gold Coast developer S&S Projects has lodged plans for its latest coastal development.

They’re set to develop a mixed-use precinct at 217-227 Boundary Street Coolangatta, a few streets back from Rainbow Bay. 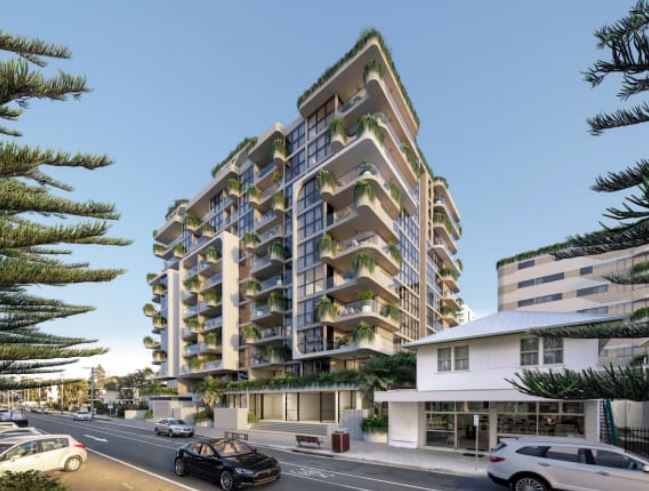 Located at the front of the precinct will be the more boutique tower of just eight levels, home to five three bedroom apartments and one four bedroom penthouse.

The crowning glory of the development in Club Esprit, a rooftop residents only rooftop and wellness space in the main tower.

The rooftop features a lap pool with day beds and spa and a full wellness centre with gym, sauna, steam room, ice bath and treatment room.

S&S director Paul Gedoun says he has a fundamental belief in the southern Gold Coast, off the back of the exceptional success in Flow and Awaken.

“Our vision for our projects looks to enhance the community feel, creating dwellings that are in line with our liveable luxury trademark,” Gedoun says.

“We expect that this project will provide a positive impact in the local community with the amalgamation of several sites providing a master-planned approach to the area.

“We always strive to deliver high quality owner-occupier residences in prime locations, respecting the sense of community ownership and the surrounding environment and we’ve taken that vision to a new level with Esprit.”

S&S have seen great success at their nearby Awaken Residences at Rainbow Bay, where their recent $8.15 million sale of the two-level penthouse was the highest apartment sale recorded south of Mermaid Beach.

Only four of Awaken’s nine expansive whole floor apartments now remain, each set to go for upwards of $4 million each after more than $20 million in sales in the first five apartments to predominantly local and interstate buyers.

Flow Residences was named Australia’s fastest selling beachfront apartments following their $74 million sell-out in late October with apartments selling at an average $3.5 million. Construction is underway and is due for completion in 2022.

In the design statement submitted to the Gold Coast City Council, Cottee Parker Architects call Esprit “a unique architectural offering at Rainbow Bay, that is directly inspired by the rock pools and formations this part of the world is known for.

“The proposed development at 217-227 Boundary Street is a premium one of a kind development, comprising of two interconnected buildings across two street frontages. 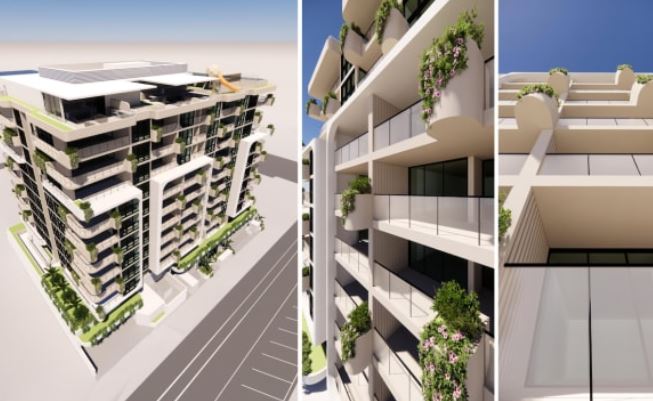 “Surrounded by dramatic natural beauty, Esprit draws upon its context to create a design that encapsulates the desirable sub-tropical lifestyle of the Gold Coast. Boundary Street The building’s design is inspired by nearby Snapper Rocks and the pockets of tidal pools formed over time.

“Tinted glazing emulates the tranquil reflective waters, separated by striated layers of rock, represented by the facade’s horizontal banding. These horizontal elements layer across the building facade to form balcony edges that grow and build at the edges.

“Within these sheltered edges, landscaping grows to provide a small garden space to each unit, just like the pocket parks that are scattered throughout Coolangatta.” 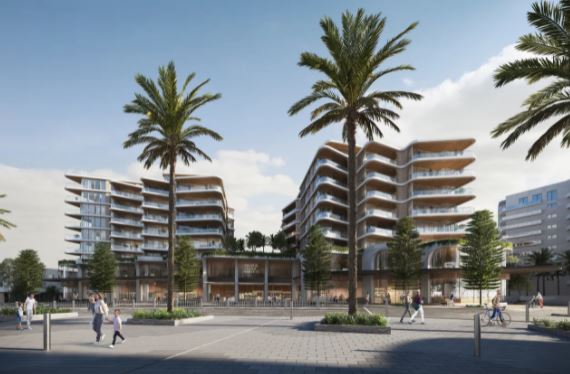 A bold $350-million plan to reinvigorate the northern end of Cronulla ’s CBD would transform a 5225sq m site into a mixed-use residential and retail precinct.

Plans for initial demolition works plus a three-storey basement car park and two-storey retail and commercial podium have been lodged with the Sutherland Shire Council this month.

Ultimately the site would include residential, commercial and retail mixed-use developments, including 112 one-, two- and three-bedroom apartments, 885sq m of commercial space, restaurants, shops and a flagship Harris Farm Markets store.

It supersedes plans for a 21-storey boutique hotel mooted for the site in 2018.

Sammut Group director Allen Sammut said the block of land between Croydon Street and Abel Place was one of the largest commercial sites in the southern Sydney beachside suburb.

“This is a game-changing development that will provide the catalyst for the future revitalisation and growth of the Cronulla CBD,” Sammut said.

“It’s a pivotal project for the area, particularly the many businesses in Cronulla that have been struggling in recent years.

“We’re extremely excited and eager to see our vision for this iconic gateway site come to life, ushering in a new era of optimism and opportunity for Cronulla.”

Harris Farm Markets co-chief executive Luke Harris said they were “thrilled” to launch their flagship store as part of the development.

“Harris Farm Markets has been looking for an appropriate location in the shire for many years… ,” he said.

“The store would be the largest Harris Farm store in Sydney and will introduce new food concepts we haven’t explored before.”

Sammut Group has an extensive portfolio and impressive reputation in the New South Wales market bolstered by the success of developments including Banc, Loft, Breeze and Drift in Cronulla and its surrounds.

Sammut Group is also awaiting approval for a development application for a commercial and hospitality precinct, PARC, in conjunction with Alceon Group, opposite Cronulla’s train station.