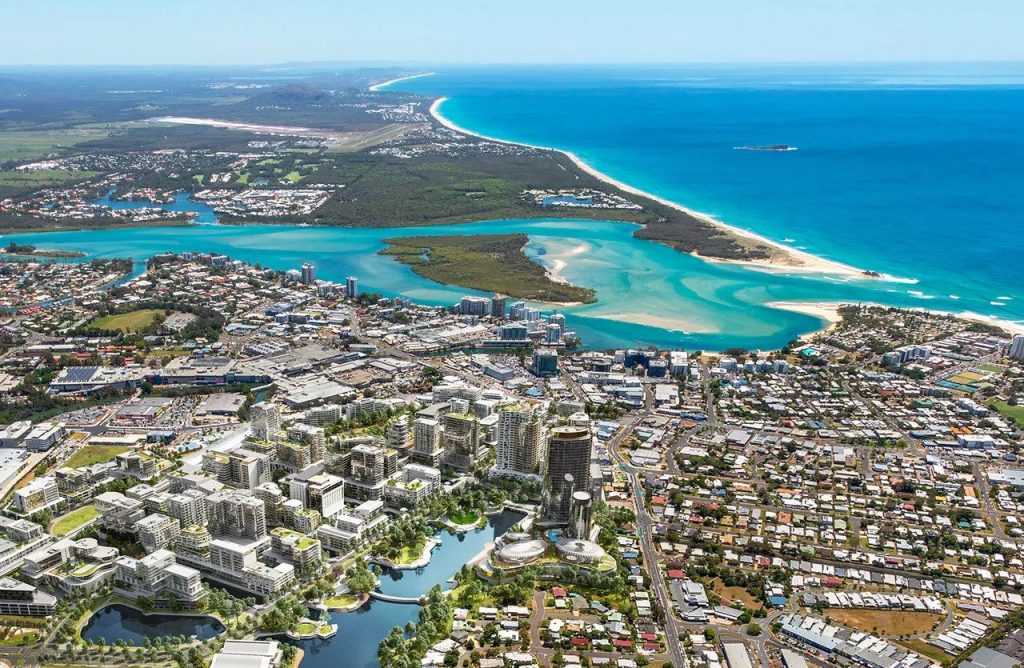 Walker Corporation has padded out its pipeline with an agreement to deliver $2.5 billion in development planned for the Maroochydore’s new CBD on the Sunshine Coast.

The landmark agreement between the Sunshine Coast Council, SunCentral, and Walker Corp will see the Sydney-based developer capture the exclusive rights to market and develop the remaining land at the 53-hectare site.

The site, which was declared a priority development area by the Queensland government in 2013, has since been cleared with a number of developments underway.

The core commercial precinct in the city’s center will include a number of commercial office buildings, retail space, apartment buildings, and a hotel, as well as a new waterway, parks, and plazas,

The total redevelopment is projected to deliver upwards of 160,000sq m of commercial and retail space as well as 4,000 residential apartments over the next 15 to 20 years.

Walker Corp’s investment in the city center will commence immediately and will likely be placed into a number of residential, commercial, retail, civic, and community development projects. 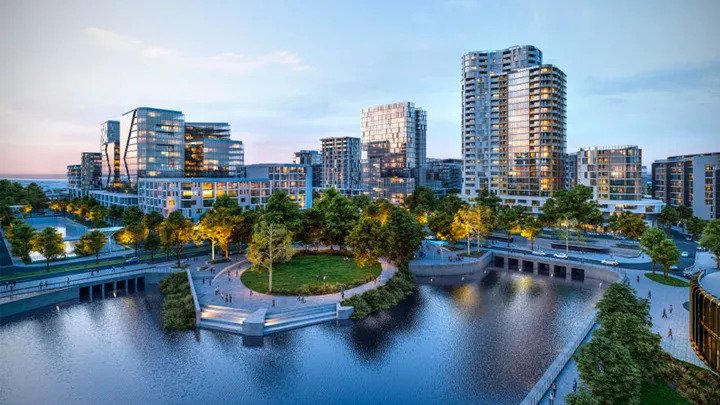 The Sunshine Coast is one of Australia’s fastest-developing economies and is expected to expand from $17 billion to $33 billion by 2033.

The developer’s short to mid-term focus has been firmly on large commercial projects such as its $3.2 billion Parramatta Square precinct in Sydney’s West, along with completing 30,000 greenfield low-rise house-and-land developments across Australia, including in NSW and Victoria.

Under its newly-established development agreement, Walker Corp will have exclusive rights to market and develop most of the remaining land consistent with the delivery of the city centre vision.

“Our capital cities will continue to be the economic powerhouse of our country, but our regional CBDs will be where much of the future growth happens,” Walker Corporation executive chairman Lang Walker said.

“This is a once-in-a-generation transformational project for one of the fastest-growing areas in the country.”

“To secure a large tier-one development firm with broad capabilities and a very strong balance sheet, along with experience working in conjunction with all levels of government, is a great benefit for the Sunshine Coast region.

The planned city centre will be supported by other major infrastructure projects, including the Sunshine Coast airport expansion as well as a number of city-wide public transport infrastructure initiatives.

The international submarine broadband cable network that provides the fastest internet connection to Asia from the east coas and supercharged data connectivity to Sydney is now also complete.

The city centre’s inaugural building, Foundation Place, is set to be completed in September, with construction of the Habitat Development Group’s $83 million Market Lane Residences now also under way.

The new city hall will include council chambers, retail spaces and office accommodation for about 600 council staff when complete in 2022.

The 10-level, 21,500-square-metre building has a five-star NABERS and Green Star rating target and will be a regional A-grade commercial building.

The masterplanned project is expected to create more than 15,000 jobs over the life of the 20-year project. 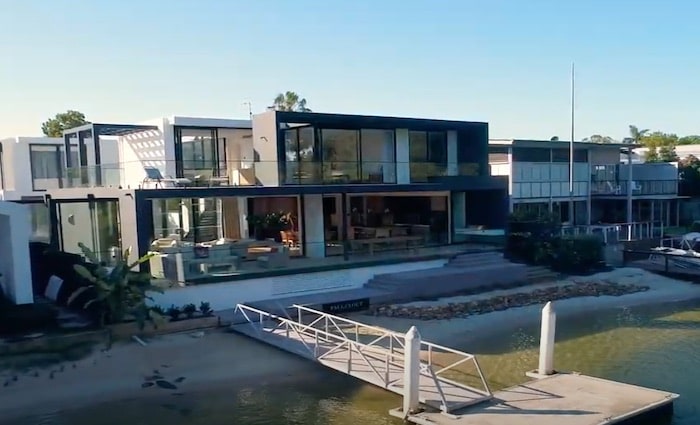 Sunshine Coast, Gold Coast house prices soar by up to 25 per cent amid health crisis 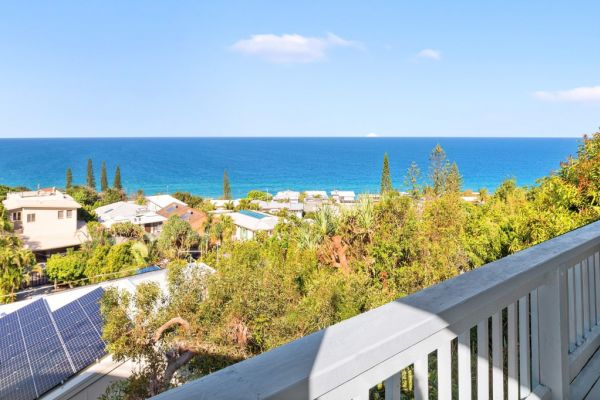 The global health crisis has spawned a once-in-two-decade property boom along the south-east Queensland coast with median house prices soaring to record heights as buyers flee the nation’s capitals in search of a bit of beach bliss.

Key hotspots across the Sunshine Coast and Gold Coast have seen price hikes of up to 25 per cent, fuelled by low interest rates and the promise of a laidback lifestyle free of pandemic pain.

The two south-east Queensland coastal regions far outstripped Brisbane, with Surfers Paradise house prices rising a whopping 25.5 per cent over the past year to a median of $1.6 million, Domain’s House Price Report for the September quarter found.

House prices in the central Gold Coast suburb of Miami also surged by 21.8 per cent in the year leading up to September, bringing the median price to $835,000.

On the Sunshine Coast, it was buyer hotspot Sunshine Beach that stole the limelight after house prices rose a colossal 46.5 per cent over the past year to reach a record median of $1.8 million – almost double what it was five years ago.

Domain senior research analyst Nicola Powell said buyers were increasingly being attracted by south-east Queensland’s affordability and lifestyle and this was likely to be accelerated by the current health crisis.

She said prices in the region reached new highs with houses on the Gold Coast overall increasing 0.6 per cent over the quarter to $669,000 and Sunshine Coast houses increasing 1.6 per cent to $650,000. 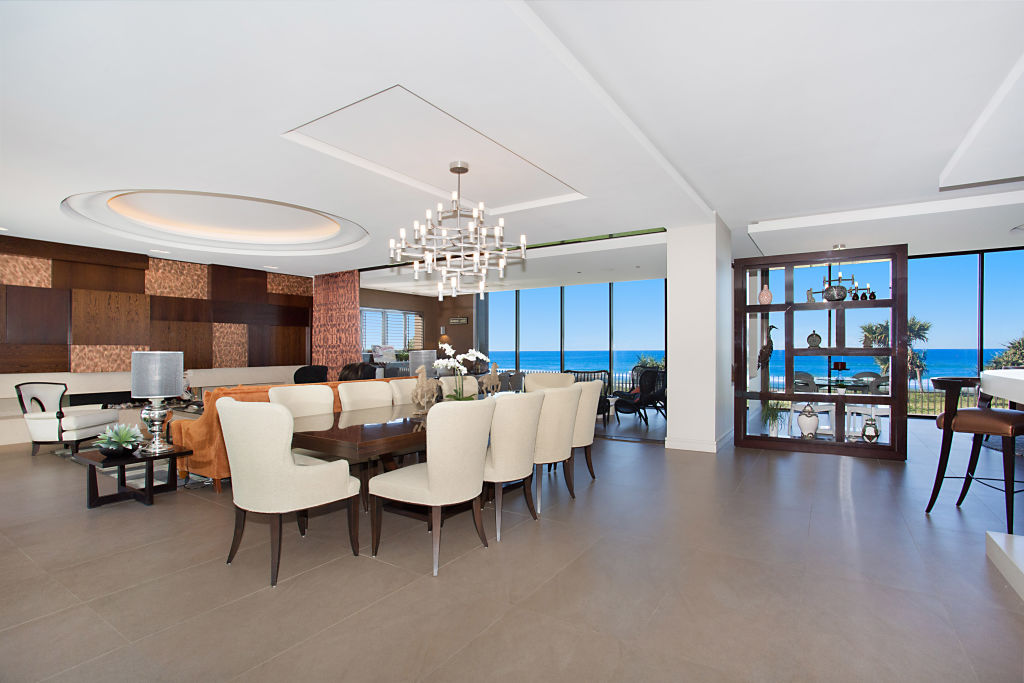 Robert Graham, of Ray White Surfers Paradise, said hotspots across the Gold Coast were now nothing short of outrageous – with Surfers Paradise through to Main Beach enjoying boom levels of buyer activity with local home hunters leading the prestige charge.

“We are, for the first time ever, now the go-to place for Aussies to invest money,” Mr Graham said.

“In the sub-million and $1.2 million market, in one week alone, we had nine sales sight unseen to interstate parties. But in the $3 million-plus range … when you start spending a lot, people want to see and touch it.

“That said, the potential for high-end interstate buyers could change potentially in the next few months [when the borders open].

“My prediction is at the end of December and January we will have the largest captive audience that the Gold Coast has ever seen.

“Activity in Main Beach is already uncontrollable … it’s better now than what it’s been in years and years. There are people chomping at the bit … we just cannot sell homes quick enough.”

Queensland’s border is set to open to regional NSW on Tuesday, November 3, but will remain closed to Greater Sydney and Victoria for now.

Mr Graham said in the past week, over a period of four days, Ray White Surfers Paradise clocked 51 contracts for residential properties – a figure he said was virtually unprecedented outside of the agency’s big selling events in January.

“They are record numbers – I believe from conversations within Ray White, this is the highest ever September on record for us,” Mr Graham said.

“But finding the stock is the difficulty and the competition for listings is huge.”

Stonelea, in Noosa’s hinterland, was listed for $15 million plus. Photo: Jason Smith Photography

Rob Spencer, of Sunshine Beach Real Estate on the Sunshine Coast, said the COVID-19 pandemic, a lack of demand and cheap money had sparked a boom unseen since 2004, with interstate buyers snapping up homes from as far away as Adelaide and Melbourne.

“This is all pretty amazing. Some of the agents here are struggling to keep up with it and buyers are being left behind,” Mr Spencer said.

“I believe [the current median house price] would be a record. The houses [in Sunshine Beach] that used to be worth $1 million are now selling for $1.5 million. It feels like a [recent] 25 to 30 per cent rise to me.

“The other thing driving the market so aggressively is sight-unseen purchases and they [interstate buyers] are paying big prices sight unseen. Obviously it’s a perfect storm with supply and demand and cheap money.”

Mr Spencer said they had just sold a house at 46 Bryan Street in Sunshine Beach in under a week after the sprawling four-bedroom abode clocked multiple offers. He said while they were unable to disclose the price, it was marketed at offers over $2.5 million.

Other top performing suburbs in the Domain House Price Report included Tamborine, on the Gold Coast hinterland, where houses rose by 11.7 per cent over the past year to reach a median of $715,000, and Sunrise Beach on the Sunshine Coast, where median house prices soared by 22.6 per cent to $1.05 million over the year leading up to September.

House prices in Noosaville also skyrocketed by 19.5 per cent over the past year to reach a median of $980,000.

The post “Sunshine Coast, Gold Coast house prices soar by up to 25 per cent amid health crisis” by SARAH WEBB appeared first on the domain.com.au Blog 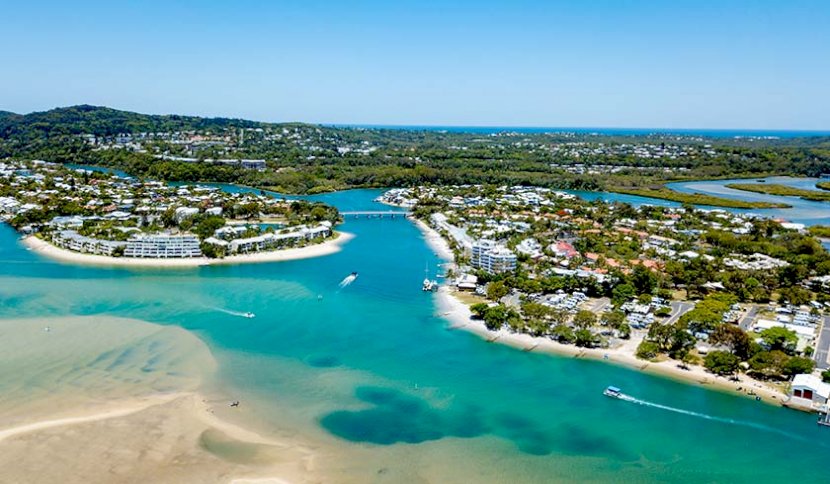 Some resorts raised their prices substantially to try to deter schoolies, but their parents were prepared to pay up to four times the normal rate for that time of year.

“Parents seem to be keen for their children to celebrate schoolies in Noosa rather than the Gold Coast, and they are undeterred by increased prices and having to pay a $1,000 bond for each room,” he said.

Resort managers are employing security guards for the week and offering Red Frogs volunteers free accommodation to assist in ensuring the safety of young people, along with the Queensland Police Service and surf lifesaving officials.

Another challenge for resort managers will be to ensure COVID-safe planning requirements are met, according to Mr Mifsud.

To ensure school leavers behave responsibly during their apartment stays and to avoid incidents, Mr Mifsud encourages building management to adopt the following ‘house rules’ for the duration of schoolies: