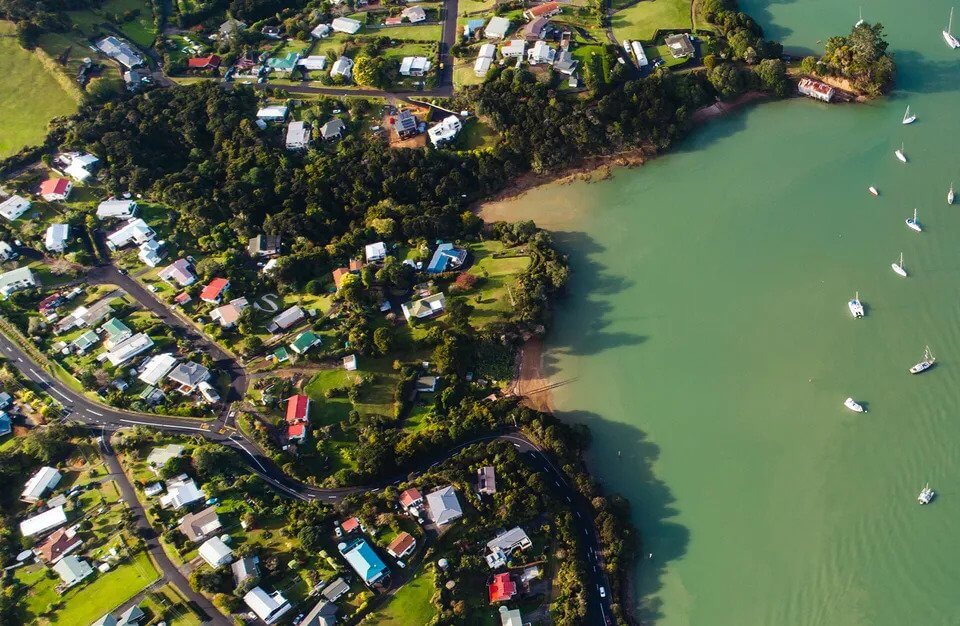 Could the gap between renting and owning a piece of Australian real estate be narrowing?

But thanks to some data crunching, property portal Domain has identified Australian suburbs in major capital cities where it’s cheaper to buy a home than rent one.

With the reserve bank cutting rates twice in the past six weeks to historic lows, falling interest rates is the main factor creating affordability for first home buyers, bringing the typical mortgage rate down to around 3.5 per cent, with forecasts it’s likely to go lower.

Too good to be true?

While some suburbs in the findings may not be worthwhile investments, Domain research analyst Eliza Owens says the data is a tool to provide would-be home buyers insight to the local property market.

“We thought it would be an interesting data set, particularly in giving hopeful home buyers perspective in what housing costs can be,” Owens told The Urban Developer.

Owens says the biggest surprise from the findings was the buying options for units located in inner Melbourne and inner Brisbane.

“In these suburbs, it was actually cheaper to pay off a mortgage on that typical purchase point than it was to rent,” Owens said.

“So inner city suburbs of Brisbane like Bowen Hills, Fortitude Valley and Spring Hill have an average rental premium of $57 in rent over the median mortgage repayment.

“Melbourne’s inner city suburbs included Southbank, Melbourne, and North Melbourne with the data showing it worked out to be around $1000 to $2000 cheaper annually.”

Domain compared rent and mortgage repayments across 42 per cent of greater Sydney, but Lakemba was the sole suburb that showed up in Sydney’s findings, with a mortgage repayment on a comparable property cheaper by $1 per week than the median rental price.

But Owens said there are suburbs across greater Sydney where first home buyers could consider buying in if they were able to increase the weekly budget by up to $100.

“They were mainly the western suburbs of Sydney and the northern part of the central coast, areas like Blue haven for example,” Owens said.

“In Blue Haven there was about $35 in the difference between the mortgage repayments and median asking rents.”

While in Queensland, taking in greater Brisbane, Domain saw a spread of 45 suburbs across both housing and unit stock show up in the results.

Domain looked at what it costs to buy for a typical first home buyer armed with a 20 per cent deposit, as a key assumption. No added costs are included, such as transfer duties, strata or council rates.

The analysis is based on sales and rent data over the 12-months to April, and the results only includes suburbs that had a minimum of 50 rental and sale observations over the year to April.

Weekly mortgage repayments are based on the median house or unit price for the suburb, on a mortgage rate of 3.5 per cent, taking in the recent cash rate cuts. 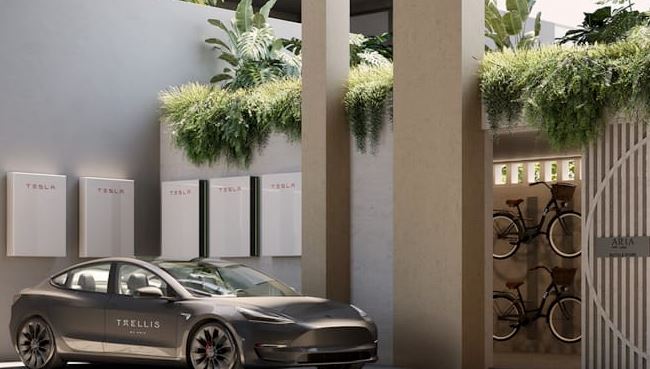 Unabashedly green, as homage to it’s name,Aria Property have implemented environmentally forward practices across all aspects of the development

Their newest tower, Trellis, in South Brisbane, is their most sustainable to date.

Unabashedly green, as an homage to it’s name, Aria have implemented environmentally forward practices across all aspects of the development, from the site itself, of which 60 percent is covered in greenery of some variety, as well as the trellises within which improve biodiversity, to solar technology and Tesla batteries. 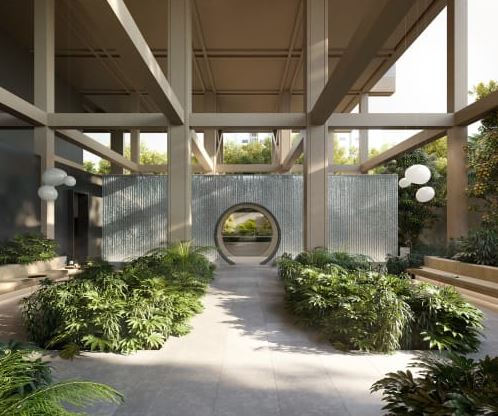 With the growing scale of landscaping and greenery on Trellis, Aria is incorporating 60,000L of rainwater tanks to capture as much rainwater as possible to irrigate planting. This will assist in reducing Body Corporate water costs and recycle rainwater typically wasted in most buildings.

This is in line with Aria’s proven track record in more than just sustainability, recognised as the Best High Density Developer in Australia from 2017 – 2019 with Oxley + Stirling Residences, The Melbourne Residences and Botanica Residences.

ARIA say Trellis is one of their most liveable apartments to date. Designed by Rothelowman, they feature three metre high ceilings, Miele appliances, operable glazing and high-end contemporary finishes.

Reminiscent of an urban retreat, Trellis reflects a new style of resort living with 1,119 sqm of recreational amenity across the Temple of Wellness on the ground floor and the Residents’ Rooftop Club on level 13. That features magnesium baths and an infinity pool with views across Brisbane.

The development also offer a podcast/boardroom, serving as a multi-use space for working at home. There’s also a Residents’ Wine Cellar.

Completion is slated for mid-2023 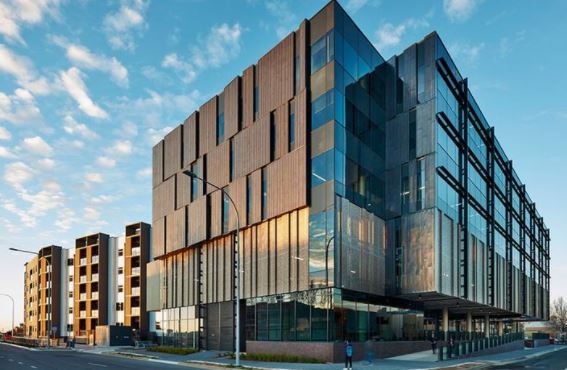 Fund manager Centuria Capital has swooped on a recently completed office tower in north-west Adelaide for nearly $63 million, struck on a yield of 4.6 per cent.

The 6500sq m commercial building at 21-25 Nile Street in Port Adelaide was completed in 2018 and is fully leased under a 15-year agreement to the South Australia government’s department of transport and infrastructure.

The building was sold by Charter Hall through a direct managed fund after it acquired the asset as a fund-through development in 2017, with a total completion value of $43.6 million.

Charter Hall’s direct business currently manages $7.5 billion in assets and cash inflow from retail investors has accelerated during the past two years to now enable the funds to be running between $90 million to $100 million a month.

Charter Hall Direct chief executive Steven Bennett said the divestment would provide an opportunity for the fund to realise returns for investors and re-deploy capital into new acquisitions and fund existing developments, such as 60 King William Street, in the Adelaide CBD.

“We have continued to curate the portfolio via selective divestments and importantly upgrade the portfolio through investments in core CBD and emerging precincts,” Bennett said.

For Centuria the asset will now provide a compelling investment proposition, with strong tenant covenants and resilient revenue streams.

As well, the suburb of Port Adelaide is a gateway for the federal government-backed Osborne naval shipyard, which will deliver $90 billion of naval defence infrastructure with a 50-year pipeline.

Centuria joint chief executive Jason Huljich said the group had been drawn to the “young property” within Adelaide’s commercial real estate market, which is currently underpinned by strong employment, regeneration and infrastructure projects.

“The A-grade office building is situated in the heart of the state-backed Port Adelaide Rejuvenation Project, a 20-year regeneration initiative that is anticipated to attract up to 8000 additional residents and 1500 construction jobs,” Huljich said.

“[We] remain confident in Australia’s metropolitan and near city office markets, especially those that benefit from long-term government-backed infrastructure projects.”

Centuria has been in a strong growth phase, expanding its funds management platform through corporate deals such as its takeover of Primewest.

It has also been active with direct deals, including its recent $224 million acquisition of a Footscray office tower from the Grollo family.

In August, Centuria picked up another recently 18,000sq m completed office tower, this time in South Melbourne, from the ell-known property clan the Deague family for $200 million. 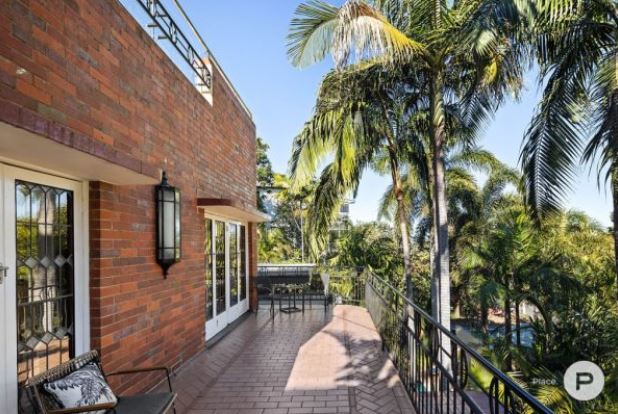 Money can’t buy you love, but it can buy you Brisbane’s best art deco home with a back story so romantic it’s making buyers swoon.

Once the residence of award-winning Australian author David Malouf, the three-level abode at 19 Arran Avenue, Hamilton, hit the market just days ago for the first time in 15 years – and it’s offering more than just double brick and mortar, but the memories of a celebrated writer who penned his best works from within its walls.

Mr Malouf, whose father commissioned the exquisite three-level property back in 1947, wrote the semi-autobiographical novel Johnno before writing the prize-winning epic The Great World in 1990. He penned several other novels at his beloved Hamilton home before engraving his signature into one of the cabinets. 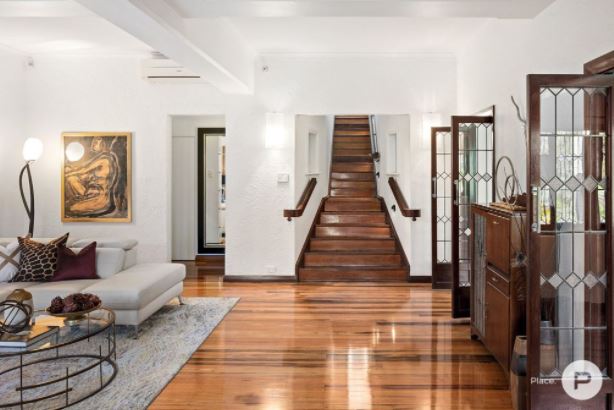 It’s a tantalising tale that has mesmerised dozens of home-hunters from across the country ahead of the September 8 auction, selling agent and Place Estate Agents Ascot director Drew Davies said, with the rooftop terrace, bespoke features and an exquisite renovation further igniting appetite for the house that’s being dubbed an architectural marvel.

“It’s hard not to get wrapped up in the romance of that story,” Mr Davies said.

“But buyers also love the fact that it retains all the characteristics of a true art deco home … and it’s had more interest from Melbourne and Sydney people than any other home I’ve listed.”

With art deco brick homes as rare as hens’ teeth in Brisbane, Mr Davies said, savvy home hunters could fully appreciate the incredible opportunity – an opportunity he said was enhanced by the home’s high-end renovation that in today’s market was worth a small fortune.

“Any time you’re dealing with a renovation for a brick house, the price can skyrocket. This renovation by architect Philip Horwood has been done to the highest level – from the bespoke kitchen, the feature skylights in … and the rooftop terrace that has glass panelling – it’s just stunning, and it’s hard for me not to fall in love with it,” Mr Davies said.

“You would need to be having very serious chats with the bank to build something like that today.”

The art deco dream abode is bound to fetch a pretty penny at auction amid a property boom that’s catapulting prices in high-end homes across the city, ensuring a tidy profit for the current owner who snapped it up for just $950,000 back in July 2006.

And considering the home’s list of features, there’s no doubt the next custodian will feel it was money well spent.

Perched on a hill, the secluded property boasts gun barrel views of the Brisbane River – best seen from that full-floor rooftop terrace that’s accessed via a spiral staircase. 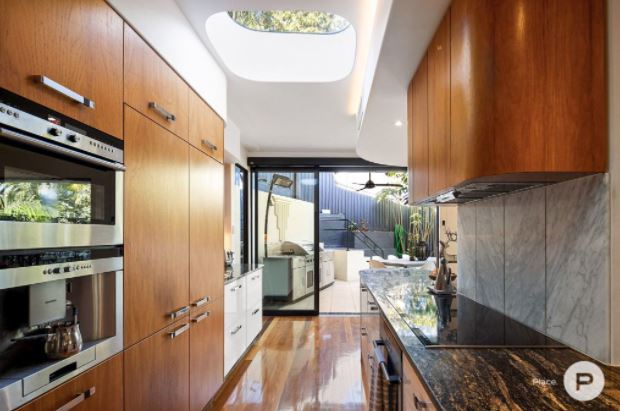 Then there are the leadlight windows, double terrace doors and a stunning kitchen styled by Darren James that features rosewood cabinetry and Brazilian granite benchtops.

Defying the struggles of many a light-challenged brick abode, Mr Davies said the home was luminescent thanks to the eight skylights, with additional features including an opulent main suite with a dual shower, inset spa and a bidet.

“[At 637 square metres] it’s a big chunk of land, too, and it’s an extremely private location as well … that’s been a big drawcard,” Mr Davies said.

With buyer interest from couples and downsizers growing by the day, he said it was tough to say just how many bidders would throw up their hands next Wednesday, however with soaring interstate interest, there was a good chance the home’s next owner could hail from one of the nation’s two biggest cities.

“The market couldn’t be hotter.”

The auction of 19 Arran Avenue will be held at a special Place Estate Agents in-room event at the Revival Art and Design Gallery at 3/17 Greg Chappell Street, Albion, at 6pm.