The Queensland property market has shown strong signs of growth and resilience during the first three months of the year, research has shown.

Data collated by the REIQ has shown that regional Queensland led the way for growth in the sunshine state.

Queensland certainly offers a mixed bag of results across this quarter, which was anticipated. Yet every region has performed better than expected to date and continue to do so, noted Antonia Mercorella, CEO of the Real Estate Institute of Queensland (REIQ).

While the Prime Minister announced lockdowns from 18 March, just 12 days before the quarterly update was released, Ms Mercorella believes the data shows the market is performing stronger than many predicted.

“This despite major banks, research firms and media naysayers collectively predicting ‘worse case’ property price declines from the onset of COVID-19 – forecasting falls from anywhere between 20-40 per cent.”

The best performer for annual median house price growth for a second consecutive quarter was Mackay, with a rise of 6.2 per cent to $360,000.

Mackay’s housing market has been in recovery for over five years, with its median house price recuperating from significant falls. However, it continues to inch closer to its top median price of $390,000 recorded in December 2014 (-7.7 per cent).

“In 2019, Mackay experienced a very positive year of growth, not only in relation to property but for the local economy as well,” Ms Mercorella explained.

“A dynamic resources sector, coupled with large infrastructure projects, saw a boost in employment opportunities and population growth throughout the year. That momentum gained over the last year or two has certainly continued into the first three months of 2020 and is a great result for Mackay.”

REIQ has also noted the Sunshine Coast property market continued to remain one of the prime spots in Australia for investment.

“Noosa has clearly seen the biggest market gains in the greater region when you consider it ushered in a record median house price of $800,000 on the back of five years’ growth of 44.1 per cent, making it the most expensive housing market in Queensland,” Ms Mercorella noted.

“And it should come as no surprise that Noosa also had the most expensive units in the state as well, which climbed 8.7 per cent to a median price of $625,000 over the last 12 months.”

Ms Mercorella also believes 2020 was looking promising for the Brisbane market. Brisbane house prices increased by 0.5 per cent in January 2020. February saw house prices continue to rise across every capital city by 1.1 per cent nationally, except Darwin.

Five capital cities achieved record-high property values, including Brisbane, which saw an increase of 0.6 per cent, in line with the national trend for positive property price growth since June 2019. Brisbane’s upper quartile values were 2.2 per cent higher than the prior 12 months compared with the lower quartile, which increased by 1.3 per cent.

March 2020 saw the initial impacts of coronavirus start to trickle through to house prices, but it was still early days, with price rises across most capital cities still driving national dwelling prices up 0.7 per cent.

However, March was also the lowest monthly gain since the property market lifted in July last year – Brisbane rose 0.6 per cent to a monthly median of $506,553. This weakening in the growth trend in the second half of the month also ushered in a period of “unprecedented uncertainty” as crowd limits and social distancing policies took hold.

“It’s pleasing to see that the Brisbane property market continues to show underlying strength in the first three months of 2020,” Ms Mercorella noted.

“Understandably, the COVID-19 pandemic is still creating uncertainty. As we continue to navigate through to the other side, Brisbane is likely to be the one of the best-performing property markets over the next few years – particularly in light of its stability through trading restrictions and lockdowns as real estate continued to transact on the back of the federal government’s economic reforms,” Ms Mercorella concluded. 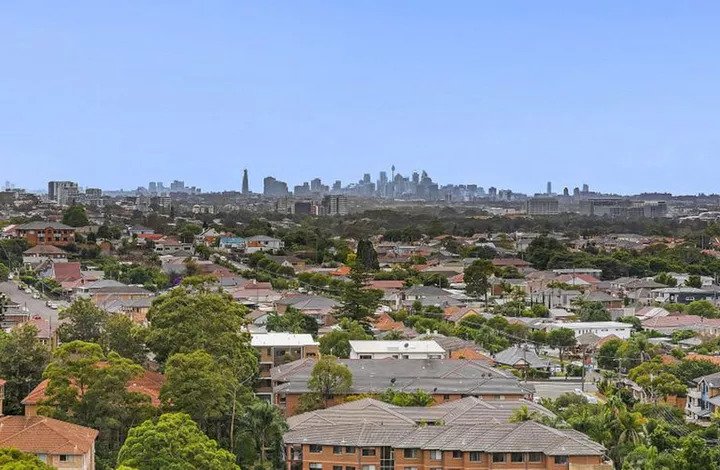 The top suburbs tipped for future performance in Brisbane, Sydney and Melbourne have been revealed—with the coronavirus shifting the landscape for both rental and sales markets, new research shows.

According to PRD’s latest affordable and liveable property guide Covid-19 made its mark on rental markets in particular over the first half of 2020.

The pandemic also led to market cooling in some capital cities and there was a reduced percentage of homes available in the lowest price range bracket below $500,000.

The exception to this was Brisbane, where homes under this price were more readily available, and Hobart, where properties under $350,000 could be found.

PRD chief economist Diaswati Mardiasmo said this data captured Covid-19 conditions and how that affected the market, with Sydney suburbs ranking the highest.

“Sydney metro market has recovered from the significant price-drop in mid-2019,” Mardiasmo said.

“However, thanks to Covid-19, the median house price only increased by 1.3 per cent over the past 15 months, which creates unique opportunities for both buyers and sellers.

“Brisbane continues to be a haven for first home buyers, with 45 per cent available for under $500,000.

“Melbourne presents an opportune time for first home buyers, as there has been a -11.1 per cent softening in median house price over the past 15 months. 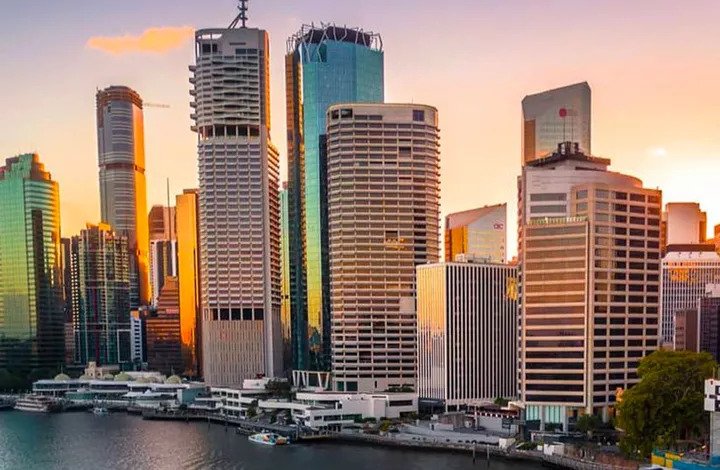 WeWork has opened its third Brisbane location with two further co-working offices to follow in Sydney in the next two months.

The co-working giant has opened the doors of its latest office at
123 Eagle Street, in Brisbane’s golden triangle, after taking out an 11-year lease on 4,500sq m of office space across four levels of the Riverside Centre.

The recently refurbished building, which is owned by GPT’s Wholesale Office Fund, comprises 41 levels of office space, as well as waterfront restaurants and open-plaza retail and accommodation.

The new office will be WeWork’s 19th since launching in Australia four years ago and will accommodate up to 900 members.

The expansion follows a turbulent period for the co-working giant after it finally ditched plans in October last year for an IPO. 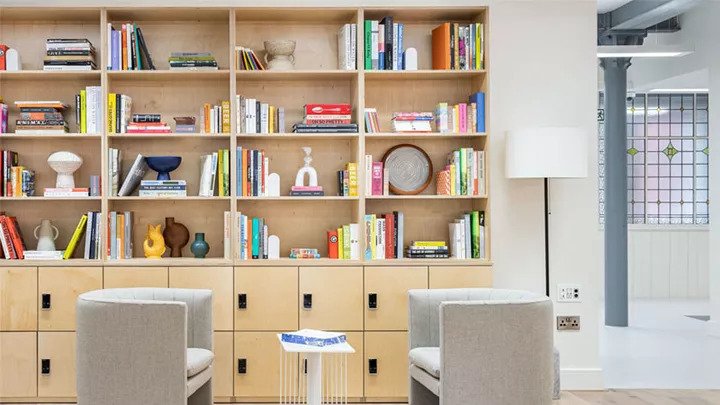 The fragmented co-working sector had the highest growth rate of any tenancy during the past four years, but became one of the hardest hit during the coronavirus crisis, with many tenants cancelling bookings.

For some co-working providers, occupancy has plunged—in some cases to less than 10 per cent—with social distancing forcing people to work from home and many operators temporarily closing facilities or decreasing their operating hours.

The pandemic has also delayed the opening of WeWork’s planned new locations at Sydney’s 320 Pitt Street and 66 King Street, which are now scheduled for September.

WeWork had looked at taking space at 55 Market Street, in Sydney, but did not proceed.

The announcement of newly-added space in Brisbane and new openings in Sydney comes after recent reports revealed WeWork’s Australian subsidiary is relying on payments from its US parent to meet cashflow needs.

The company has since reported renewed optimism, with foot traffic across its Brisbane locations moving in the right direction—up 50 per cent week-on-week.

WeWork Australia general manager Balder Tol said that Covid-19 had shifted companies’ thinking on what the future of office work will look like.

“Flexibility has become increasingly valuable as companies around the world rethink their workplace needs,” Tol said.

“Over the last decade we’ve had more than 690,000 members join our community because they recognise the value of flexibility for their workforce—be it remote working, flexible office space or even distributed teams.”

As of July, WeWork said it had more than 12,000 members in
19 open locations across Brisbane, Perth, Sydney and Melbourne. 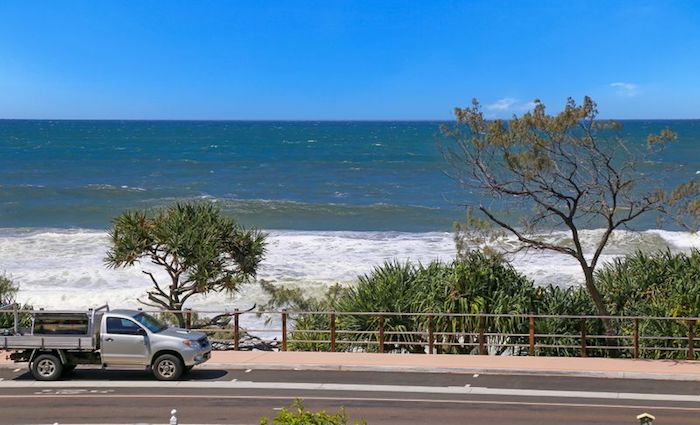 Sunshine Coast’s stock levels continued to remain extremely low with no significant increase in property listings in April and May, according to the latest Herron Todd White (HTW) residential report.

The valuation firm suggests in locations across the nation, the downtime delivered by isolation has spurned on owners looking to improve their assets through maintenance and upgrade. This month’s HTW report highlights where renovations are on the rise and the price points and outcomes those markets can expect.

The HTW report first provided an update on COVID.

“When we try to break down the COVID-19 world and market place, the overarching theme is that we appear to be in a in a state of flux,” the valuation firm said.

Pressure on owners to sell remains limited but this may be delayed until the various support and stimulus packages come to an end (government’s Job Keeper allowance and bank mortgage holidays).

“When reviewing valuations of sales completed by our office and specifically properties contracted during April and into May, in excess of 95 per cent of the sales show a discount of five per cent or less from the list price,” the valuation firm said.

Also, 98 per cent of the sales occurred within 90 days. As previously stated, it remains extremely important to understand the circumstances of any sales that transact in this period.

“As COVID-19 infection rate results improve and the restrictions start to ease, there is a feeling that there is some light at the end of the tunnel,” the valuation firm said.

The report notes subsequently there have been reports that overall enquiry has increased and open homes are resuming.

◗ Some of the demand has been in the pipeline for some time from a combination of potential purchasers who were in the market prior to the restrictions and upgraders and investors who sold in the first quarter of 2020.

◗ Interest continues to flow with both capital city and ex-pat international purchasers looking to secure property on the Sunshine Coast.Some of this is being fast tracked.

◗ Some new purchasers are wanting to find a bargain, although this is not apparent in the market to date, especially in highly sought after areas.

NOW, ON TO RENOVATION

“They say ‘idle hands are the devil’s tools’, but when the pubs and clubs are shut, there are not too many other options.

“It appears they pick up a shovel, hammer or a paint brush. During the COVID-19 restrictions, it seems that one valuable commodity has been created….TIME. At the moment, there is plenty going on in the home improvement and maintenance space,” the valuation firm said.

“As we have previously mentioned, stock levels are extremely low. With the combination of these stock levels and the uncertainty of the market, the thought of selling and upgrading the house has slowly been losing some of its appetite, especially if you really like the area you live in,” the valuation firm said.

The feedback from local tradies, hardware shops and garden centres is that business has been pretty good as people look to upgrade their existing property.

“We have also received feedback that a local swimming pool building franchise has 21 new projects halfway through the month of May compared to seven for all of April. This appears to be occurring right throughout all the established areas of the coast, with older homes being transformed to little gems,” the valuation firm said.

Sure, some of this home improvement activity has been completed to add value to the home so that when they do go to sell, it is presented in the best possible condition, the report noted.

If the property has a reasonable floor plan, the recent results of these renovated properties have shown good returns.

“We note that some feedback from agents is that a number of builders have been looking for some little side projects just in case there is a bit of a slowdown in the future.”

A fully renovated two bedroom apartment in Coolum Beach has recently been sold for $645,000.

It is located within walking distance to cafes, shops and restaurants. 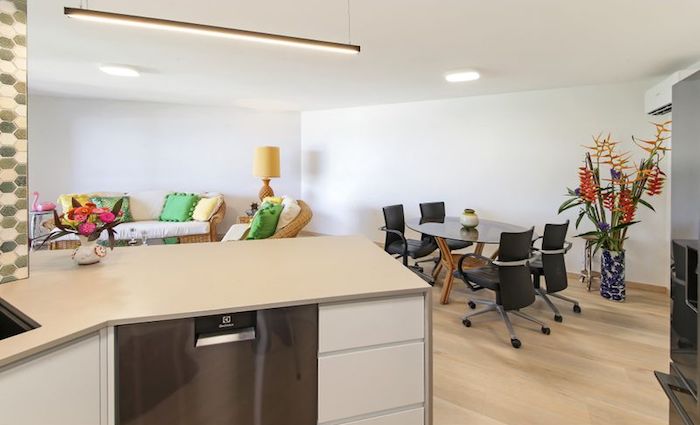 A current listing is a renovated townhouse in Caloundra priced at $559,000.

The three bedroom, two bathroom home is situated at 1/29 North Street (pictured below). 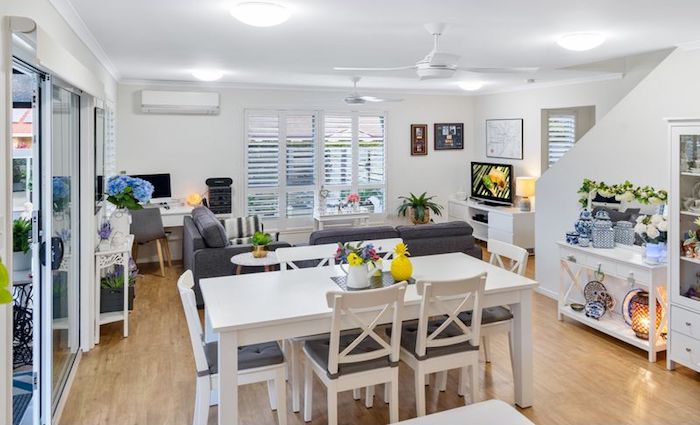