Queensland Whitsunday, Mackay and Toowoomba local government areas lead the country in a top-10 ranking of regional areas that offer affordable homes and have an economy and investment pipeline that mean prices will rise in years to come.

The major regions in the Sunshine State’s coastal north and south-east stood out as regional markets that at the end of 2020 had a median price within reach of buyers with the average state loan and a 20 per cent deposit, agency PRD’s Stand Out Regions analysis shows. 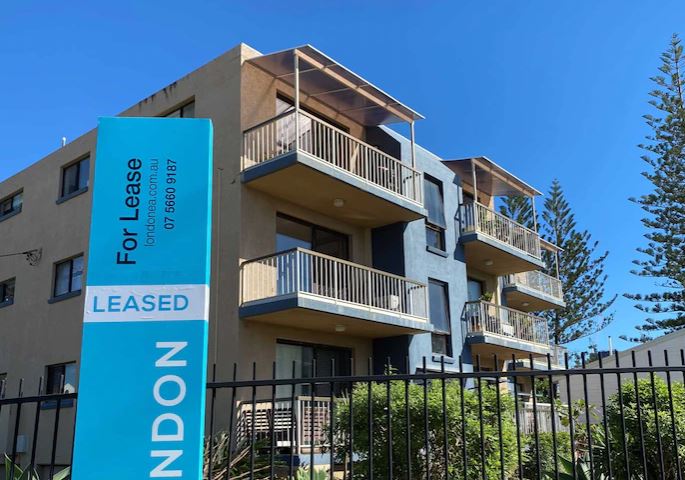 Gold Coast landlords are retaliating against tenants by not renewing leases for people who stopped paying or reduced the amount of their rent during the COVID-19 pandemic, according to a real estate property manager.

“There are some people that did wrong by owners in COVID,” she said.

“Now the owners have taken that onus back and are not renewed the lease because they did not do the correct thing during COVID according to the rules and regulations of the Residential Tenancy Authority.”

Ms Hynes said tenants could apply for a rental deferral if they could prove they were under financial pressure, and their landlord was in agreement.

But many tenants simply used the pandemic as an opportunity to stop paying the required rent.

The CEO of Tenants Queensland, Penny Carr, said some tenants renegotiated their rents with landlords while others did not, fearing retaliatory action.

“Some of those tenants had absolutely no choice but to pay a reduced rent and many of them are still battling accrued debts,” she said.

“Simply because they’ve followed the procedures that were available to them, those things that were set in place to protect people that were affected by COVID, they’re now having retaliatory action.”

Ms Carr said many tenants are facing large rent increases or being overlooked by landlords due to the competition in the rental market.

According to the latest Real Estate Institute of Queensland (REIQ) current vacancy report, 70.2 per cent of the state’s rental vacancies remain under 1.0 per cent.

On the Gold Coast, Oxenford’s vacancy rate is the lowest at 0.1 per cent.

Ms Hynes said they have one property on their books for rent and it was in the neighbouring suburb of Parkwood.

“The rental market in Oxenford at the moment is extremely, extremely busy.

“Not many properties are available and when they do become available they are gone within hours.”

Ms Hynes said the rental market had been busy for the past two months.

“We don’t bother putting signs up anymore, it’s just not worth it.”

The property manager attributes the rental shortage to interstate migration, and Oxenford, like other suburbs in the northern Gold Coast corridor, is highly sought after because many homes are on larger blocks.

“I feel sorry for them [potential tenants] because I know what they’re going to be up against,” she said.

“I do say to them ‘have all of your paperwork ready’.” 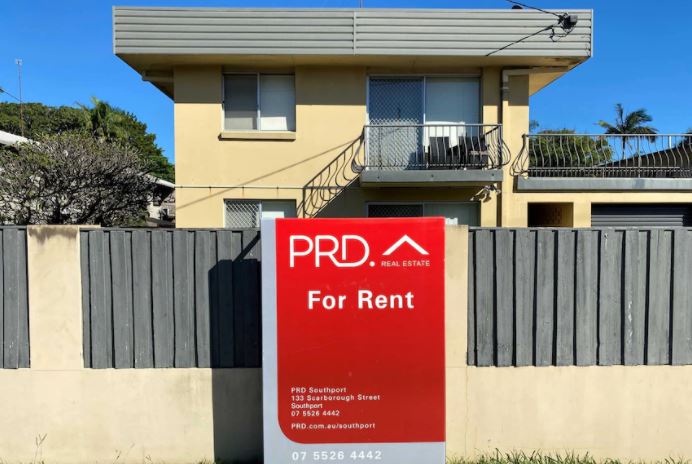 Homes and units are in high demand by renters across the Gold Coast.(ABC Gold Coast: Tom Forbes )

Many tenants with sound rental histories are also becoming victims as property owners capitalise on the real estate boom.

“I have four very, very good tenants at the moment that the owners are selling their properties because of the market,” Ms Hynes said.

“I am trying to relocate them and I want to keep them, and I have no hope.

“People are getting very upset. We have people on the phone in tears.”

Ms Hynes said it was not unusual for a potential tenant offer up to $100 per week above the rental price to secure a property.

“My attitude is it’s a rental, not a raffle,” she said.

“It’s all very well to have the correct value for your property, as long as the owner is happy with that price then it is really about tenant selection.

“It’s not just all about the money.”

Homelessness group Everybody’s Home said the rental affordability crisis in Queensland is fuelling youth homelessness, and it is calling for more investment in social housing.

The campaign organisation wants the federal government to take action to make housing easier for young Australians to access.

Everybody’s Home said Gold Coast was leading the state with rents rising 20.6 per cent over the past 12 months.

Rents on the Sunshine Coast rose 15.3 per cent, while North Queensland’s increased 14.8 per cent in the same 12 months.

Brisbane’s rents increased 5.8 per cent in the same period. 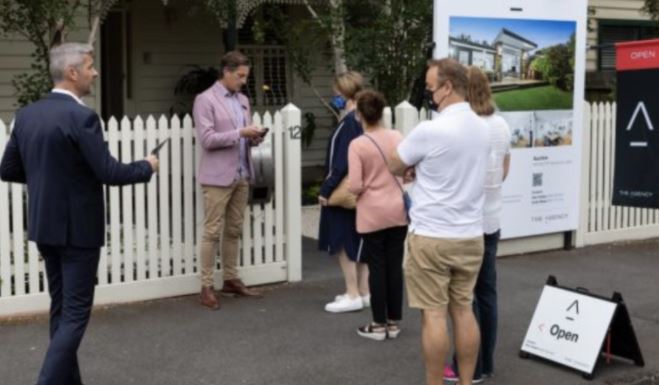 Rental supply has reached crisis point in large areas of Queensland, forcing the real estate industry to call for investor incentives in the upcoming state Budget.

The data from REIQ also shows that the drive to the outer suburbs and regions has created a severe shortage in places like the Gold Coast, Gympie, Rockhampton, Maryborough, Bundaberg, the Southern Downs and the Sunshine Coast.

But it has also forced people back into the CBD, which had been vacated during the worst of the pandemic and had been suffering from low occupancy of office space.

The shortage is understood to have increased rent prices but also meant “rent bidding” has been occurring. This relates to people offering to pay above the advertised price to secure a property.

The Real Estate Institute of Queensland’s Antonia Mercorella said Brisbane’s private rental market had been pushed into unchartered territory by a ‘’pandemic-driven stampede’’ of interstate migrants.

“With no support measures announced for the established housing sector in last year’s State Budget, the REIQ believes the Palaszczuk Government must take immediate action to resolve our current rental crisis,”  Mercorella said.

“The State Government say they want to help households transition from community housing to housing in the private rental market.

“Given that, more needs to be done to better support both increased and ongoing property investor activity in the Queensland property market and the contributions they make to the State economy.”

While Queensland has a long history of attracting interstate migrants, it picked up during the lockdowns of last year.

ABS data shows that for the year to September 2020, regional Queensland welcomed a net of 14,101 people from interstate, outperforming the number of people arriving to Greater Brisbane of 13,014 over the same period.

The increase has created a real estate boom in many areas of the state with expectations that house prices could increase by as much as 17 per cent Australia-wide this year.

It found 70 per cent of the state’s rental vacancies remain under 1 per cent, with the biggest pinch recorded in Brisbane’s inner city, with rates dropping .5 per cent over the quarter.

“In fact, our capital has seen rental markets across the entire metropolitan tighten quarter-on-quarter for the last four consecutive reporting periods, from Brisbane’s CBD out to the city’s outer rim.”

In the last 12 months, rental vacancies dropped 1.1 per cent across the Brisbane council area while Greater Brisbane saw the market tighten by 0.9 per cent.

She said Brisbane’s CBD achieved an “incredible’’ 4 per cent comeback in rental demand over the year.

“Where we’re seeing the most pronounced rental demand levels far outstrip available vacancies is across regional Queensland, with the tightest vacancies currently to be found in the Fraser Coast’s Maryborough (0.2 per cent) followed by the Southern Downs (0.3 per cent) and Bundaberg regions (0.5 per cent), while a rate of 0.4 per cent has been recorded across Gympie, Rockhampton and Sunshine Coast,” Mercorella said.

“Meanwhile, the Gold Coast has tightened a further 0.3 per cent to reach a record low of 0.6 per cent in last 15 years of data records.”

While the popular Surfers Paradise precinct remains at 0.8 per cent over the quarter, other areas are unprecedentedly tight with the Gold Coast’s northern suburbs recording a median of 0.7 per cent. The southern suburbs has a median of 0.4 per cent. 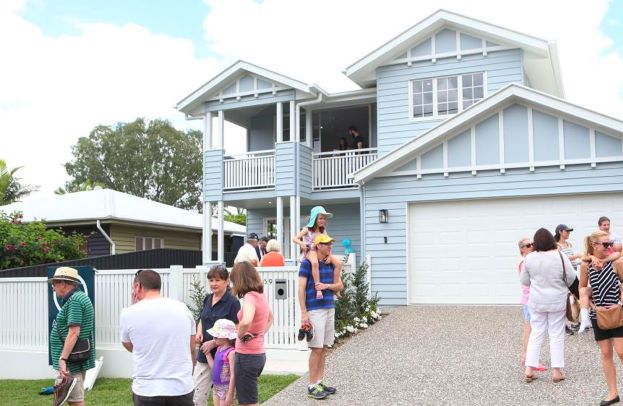