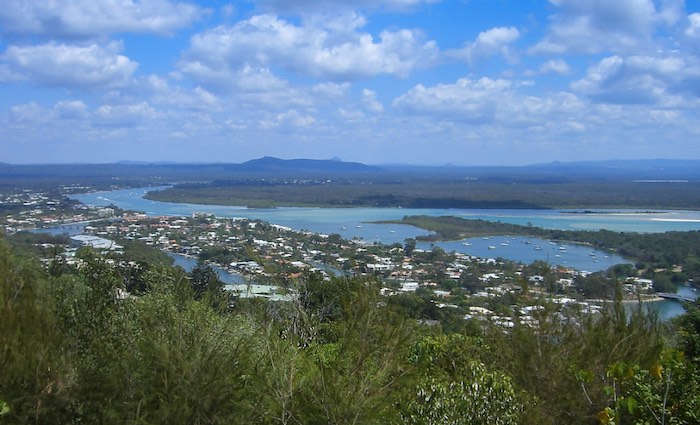 I believe real estate markets are driven more by local factors than national ones. While many commentators are placing great significance on interest rate reductions as a prime driver of real estate markets, I’m much more interested in what’s going on the coalface of local economies.

I see events happening there as an economic revolution, which is shifting the Sunshine Coast from tourist destination to international city – a massive transition that’s happened in the past 2-3 years and continues to happen.

I recently completed a comprehensive 30-page report called The Sunshine Coast: Australia’s Most Compelling Growth Story, in which I note that the Sunshine Coast economy was no longer predominantly reliant on tourism because of the creation in recent years of strong health, education and technology industries – all part of an infrastructure program totalling more than $20 billion.

Economies reliant on tourism traditionally fail to deliver sustainable real estate growth. But the Sunshine Coast has diversified and strengthened and is now, I think, the nation’s most compelling growth story.

It has a $17.7 billion economy, making it one of the largest regional economies in Australia, and on infrastructure it’s outspending several of the nation’s capital cities.

The health, education and technology sectors – including the new $5 billion health precinct – are bringing new residents to the Sunshine Coast and this is providing strong impetus to the real estate market, notably at the Top End. The median house price for Noosa Heads has increased 40% in the past three years, while the median apartment price has jumped 25% in the past year.

Central to everything that’s happening in the region is the creation of a Sunshine Coast CBD from the ground up – a $5 billion enterprise which is now under way on a 53ha greenfield site in central Maroochydore.

The new city centre has attracted investment from local, national and international firms interested having an early presence in the growing region.

The Sunshine Coast is among the top 10 leading regions in the country for employment generation, adding more than 20,000 jobs over the past five years. The $1.8 billion Sunshine Coast University Hospital (SCUH) has created 5,000 jobs since opening in April 2017 and the new Maroochydore City Centre is forecast to provide 15,000 jobs over the lifespan of the 20-year project and inject $4.4 billion into the economy.

In addition, the Sunshine Coast International Broadband Network will deliver 800 new jobs once it’s operational next year and will deliver the fastest data connection to Asia from the east coast of Australia.

Part of the economic revolution of the Sunshine Coast in recent years has stemmed from the region’s growing reputation as an innovation and technology hub.

Demographer Bernard Salt has described the Sunshine Coast as “the entrepreneurship capital of Australia “because of the large number of knowledge-based start-ups and small businesses such as information technology, clean-tech, creative industries, aviation and education.

The Sunshine Coast is one of Australia’s fastest-developing economies, growing each year at rates well above national averages and is expected to expand to $33 billion by 2033.

As a consequence, our new Spring edition of The Price Predictor Index has found that the Sunshine Coast has more locations with rising sales activity than any other municipality in Australia. And that kind of outcome is likely to create sustainable long-term price growth.

What’s Ahead for Property Markets in 2020

We cannot resume publishing for the year without first acknowledging the unprecedented and deadly bushfires that have ravaged the country.

While it is still too early to predict the economic impact of the bushfires, early estimates on insurance losses are closing in on half a billion-dollars and likely to continue to rise, according to the Insurance Council.

The negative fiscal cost on agricultural production and food prices, business sentiment and the tourism industry will be significant, while the length and health impact of the smoke appears to be unprecedented.

Moody’s Analytics economist Katrina Ell said that the risk of broader macroeconomic spillovers this season are high given the scale of the fires.

“Odds were already high that the Reserve Bank will cut interest rates at its next meeting, in February, to bring the cash rate to 0.5 per cent.

“The fires increase those odds.”

We returned to our desks in 2019 to the fall-out from the sudden, pre-Christmas evacuation of the Opal Tower, an ominous start to a year for an industry facing considerable uncertainty in residential prices and the yet-to-be handed down final report from the banking royal commission.

And with news Opal residents have been given the all-clear to return before Christmas, the saga bookended a huge year in property.

Low interest rates and the loosening of banks’ lending policies bolstered property markets, with residential markets ending the year on a high, surging 4 per cent over the last quarter—the fastest growth in more than 10 years.

In development news, Dexus finally struck a deal with the Queensland government for its $2.1 billion redevelopment plans for Brisbane’s Eagle Street Pier. In Brisbane’s inner north, Geon Property is set to kick-off work on its $750 million Albion Exchange project, after winning approval for the first stage.

Elsewhere, Victoria has continued to refine its shortlist of development bidders for Melbourne’s Treasury Square urban regeneration project on the VicTrack site, with up to 130,000sq m of prized commercial space up for grabs. The tender is expected to be finalised by mid-2020.

In Sydney, Lendlease moved a 25 per cent interest in its $1.2 billion Victoria Cross over-station development tower in North Sydney to its Australian Prime Property Fund. The 40-storey office building is set to add 58,000sq m of commercial space to Sydney’s rapidly-transforming second CBD.

Meanwhile, the government’s Clean Energy Finance Corporation launched a new green home loan worth up to $60 million that will offer borrowers a 0.4 per cent discount on their home finance.

Real estate will continue to bolster over the next five years as one group predicts growth in median prices.

As 2019 saw the housing market return from its lows, Propertyology expects growth will continue over the next five years.

Although a lot of the growth last year was centred in Sydney and Melbourne, Propertyology head of research Simon Pressley expects the growth will be more widespread.

The firm suggests that in 2020, property buyers should make decisions based on what the medium-term fundamentals say, instead of focusing on today’s market results.

“The 2019 mid-year momentum change in Australian property markets was triggered by the stimulus of three interest rate cuts. It’s a sugar fix of sorts. But it doesn’t change underlying fundamentals,” Mr Pressley said.

“While a quick burst of sugar on occasions doesn’t hurt anyone, we all know that sugar is not a sustainable energy source.

“Those contemplating participating in 2020 property markets would be wise to focus on the fundamentals of a balanced diet.

“Within a year or so, these current stimulatory policies will be gone, and Australia’s best-performed property markets will be the ones that always had the strongest fundamentals.”

While the current stimulus measures were in response to softer national economic data, when it is compared to the post-global financial crisis stimulus, it was valid, Mr Pressley said.

“The strong, and largely across-the-board, rebound in Australian real estate prices from the 2009–10 stimulus is likely to be repeated in 2020,” he said.

“However, the smart decision-makers of today will be looking beyond 2020 and trying to figure out which Australian property markets have the best potential post-stimulus.”

When the global financial crisis sugar wore off, all capital city property markets declined in 2011, and five of them also declined in 2012, he said.

“The markets which subsequently went on to become the best performers were ones which hadn’t seen much price growth during the pre-GFC years, their housing supply had been tightening throughout all of those lean years, and price growth then occurred through improved local economic conditions,” Mr Pressley said.

“Back then, the markets which had those key fundamentals included the likes of Sydney, Melbourne, Hobart, Orange, Byron, Geelong and Newcastle. This time around, it will be completely different property markets.”

There was nothing orderly about the current property markets, Mr Pressley said.

“Given the significant policy disruptions, I consider it to be a completely futile exercise to attempt to forecast actual rates of property price growth for 2020, and anyone who buys property based on the potential of a one-year result is in the wrong game anyway.”

The outlook for Australian real estate is as good as it has been for many years, he said.

Hot tips for buyers and sellers of Gold Coast in 2020 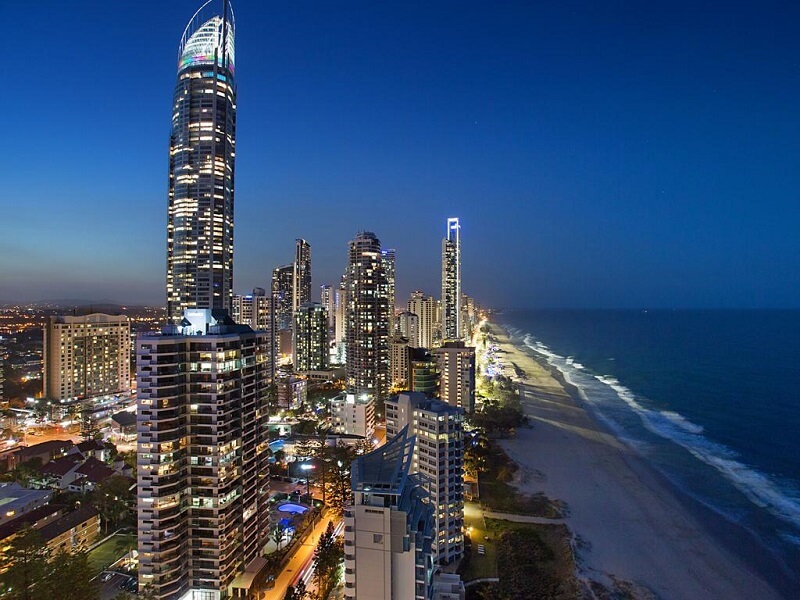 If you’re targeting new property for next year, it may be time to think about 2019 and how much the market has changed.

A nationwide downturn and low interest rates were the two big reasons why agents say buyers can get the most out of the conditions but need to act quickly.

John Newlands, director of the Real Estate Institute in Queensland on the Gold Coast, said buyers had regained their confidence after a shaky start to the year.

Mr Newlands said that since the election and the Royal Banking Commission, buyers have returned and realistic sellers can benefit from their willingness to buy.

“Lenders have settled in and there are very low interest rates for buyers,” he said.

“The infrastructure on the Gold Coast gives us more depth than in the past.

“Sellers need to be realistic and don’t think prices will go up.

Michael Kollosche, director of the self-titled agency, said there will be limited stocks in the Gold Coast market by 2020, which means that both buyers and sellers should change their approach.

“Buyers who want to buy property have to be a little more aggressive,” he said.

“It is definitely the impression that the market is moving upwards. If you are not in a hurry, you will probably regret it as you see property prices go up and pay more for inferior properties.”

According to Kollosche, low interest rates have been a catalyst for sellers to keep their properties, resulting in a lack of supply and slowly rising prices.

“We find that most sellers see increased interest in the first three to four weeks (after the listing),” he said. “Premium buyers usually appear at the start of the campaign.

“It is important that you carefully consider the price and sales method when you first come to the market. “