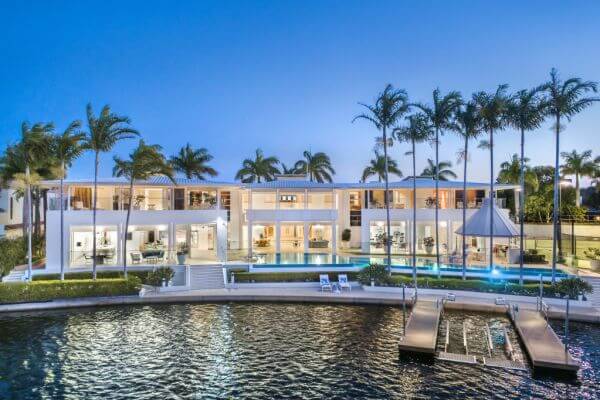 Dreaming of a holiday home that’s quite literally got it all? With a water frontage of 60 metres and two private jetties, this expansive Sunshine Coast waterfront spread is turning heads and should attract some deep pockets.

Set on a 2976-square-metre block and dubbed Hayven, it has 13 bedrooms, 12 bathrooms and room for more than 30 guests, which along with a 25-metre pool, cabana, and an actual nightclub make it a pretty impressive place to entertain. 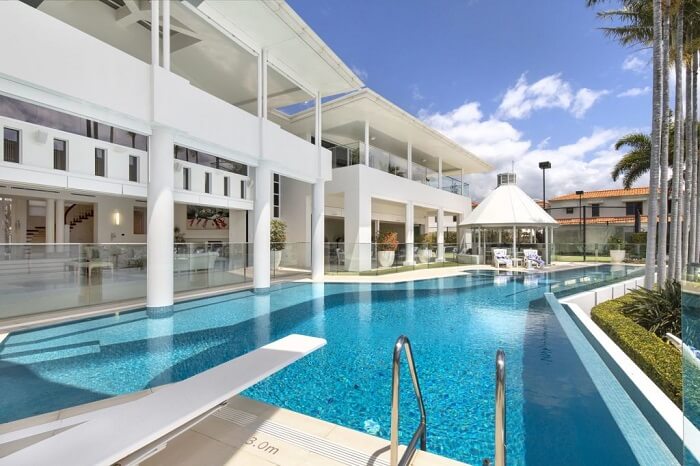 Hayven is the much-loved holiday home of businessman Donald Hay and his wife, Maribi, who wanted a house with a layout constructed from several smaller areas linked together to allow for easy movement.

Designed by architect Shane Thompson, it has price expectations in excess of $12 million.

Principal of Queensland Sotheby’s International Realty Paul Arthur described the home as one of the “premier properties on the eastern seaboard”. 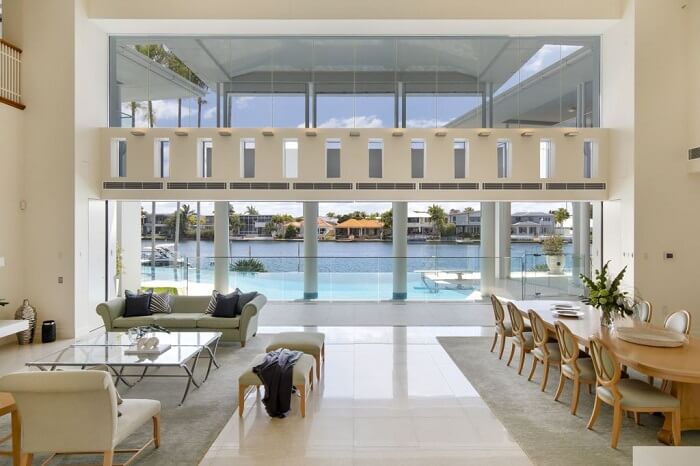 With nothing else like it in Noosa, he said, the agency had had plenty of interest from interstate, with inquiries also beginning to come in from overseas.

“Obviously the home itself, it’s very sizeable in its scale,” Mr Arthur said. “I think the buyer could be someone who has a large extended family, who wants to have something generational.

“The entertaining areas, the family area – everything is of a scale that if you’re entertaining three or 50, it would be completely comfortable.”

Mr Arthur added that many of the home’s design features were ahead of their time, with Mr Hay having a vision for the property, and it looked brand new. 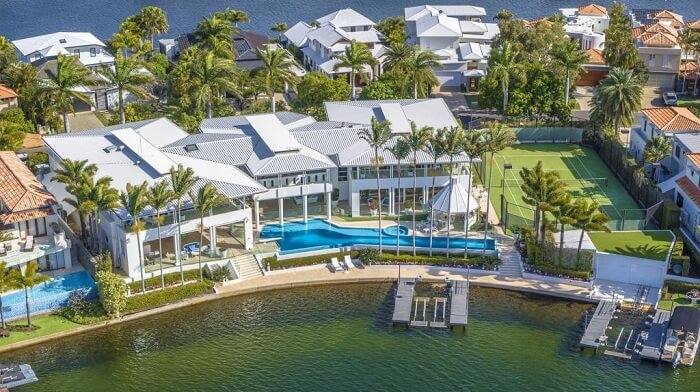 “In the design of the property, the layout, the way that they’ve utilised the space, they’ve built something quite timeless,” he said.

Reed & Co’s principal Adrian Reed is co-marketing the property, which in his eyes is “one of the most extraordinary homes to be built in Queensland”.

“It is a home that rivals some of the great six-star resorts around the world,” he said.

Born in Adelaide, Mr Hay reportedly struggled with dyslexia in school, but found significant success in the business world. 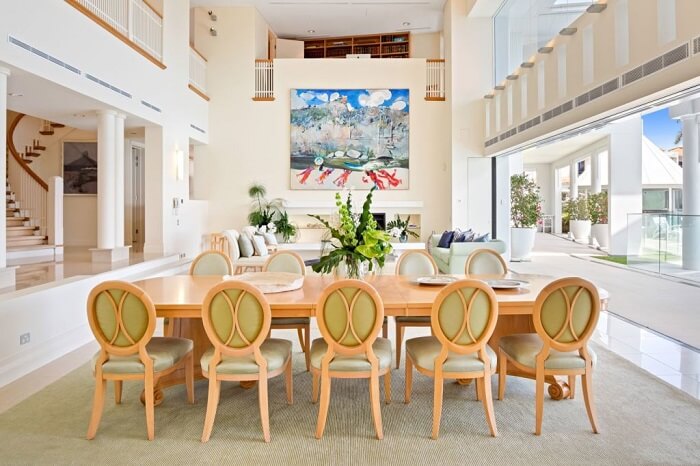 He founded the brush and broom company Hayco in 1983 in Hong Kong – following in his grandfather William E. Hay’s footsteps – and originally zeroed in on the industrial, household and hygiene brush market.

Hayco later diversified into barbecue tools, gardening tools and custom fabrics. It now employs more than 6000 people and ships products to more than 60 countries, with a factory opening in the Dominican Republic in February.

Mr Hay passed away from melanoma in July of this year, aged 76, and was survived by his wife, children and grandchildren. Mrs Hay has said that while the home would be missed, she wants the new owners to enjoy the property as much as her family has. 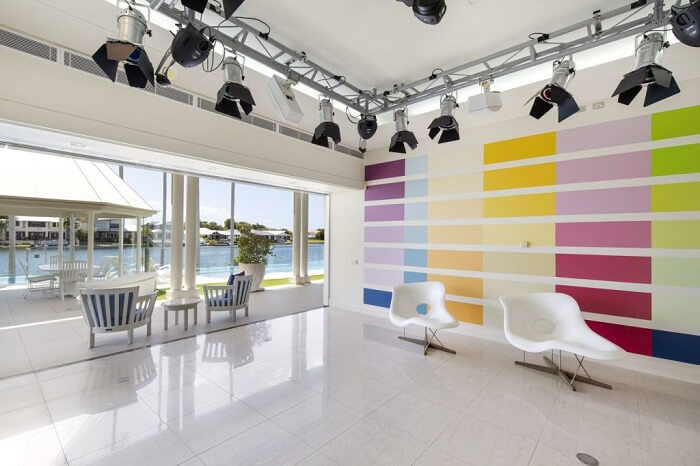 The most expensive home sold in the Noosaville area so far this year is at 19 The Promontory, where a five-bedroom home sold for $4 million in January.

However, a six-bedroom Paul Clout-designed mansion with 45 metres of water frontage cracked the $10 million mark in 2017, with 29-31 Wyuna Drive scoring $10.301 million in November.

That sale, along with another at 312 Teewah Beach Road, broke the Noosa price record at the time. 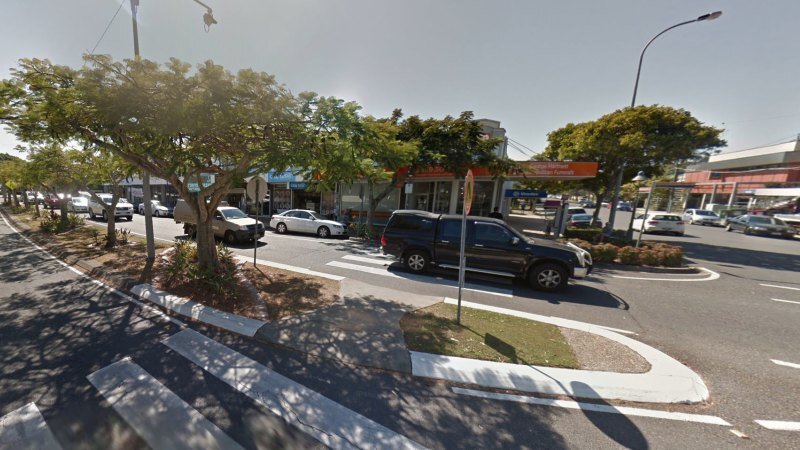 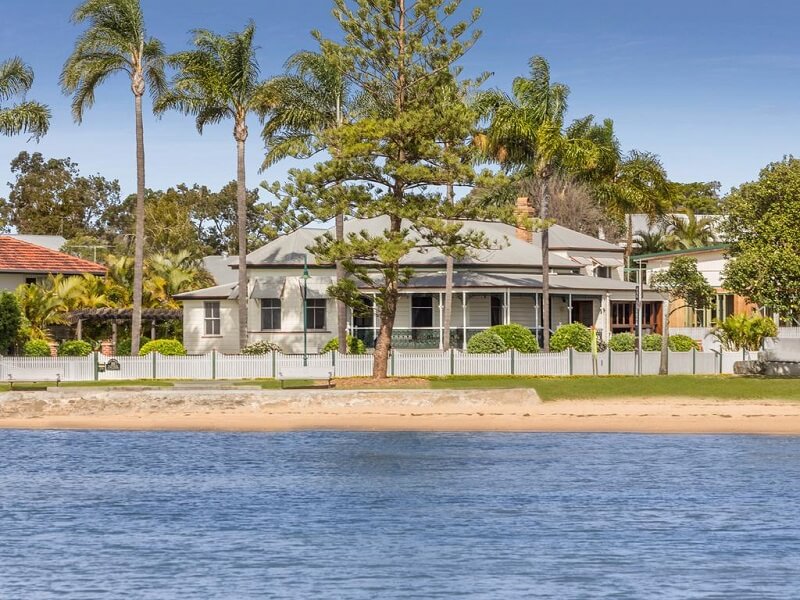 An iconic Wynnum home is back on the market after a record price was set three years ago.

Owner Les Manning said he fell in love with the property at 25 Waterloo Esplanade in Wynnum when he first saw it in 2016.

“It is a magnificent waterfront residence with direct access to the water and the small beach across the street,” said the distinguished Queensland eye surgeon.

“To be a great family home was the big attraction for us, along with the view, the wonderful breeze and the direct access to the water.”

San Remo is mostly on one level and has a spacious all-round veranda with balustrades made of iron lace.

There are polished wooden floors, high ceilings and a marble fireplace.

There are formal living and dining rooms, a family room that opens onto the front porch, and an open kitchen and dining area that lead to the rear deck. The modern kitchen has a walk-in pantry and a cold room.

The master suite extends over the entire upper floor and includes the master bedroom with a walk-in closet that leads to an ensuite with bath and shower, a private balcony and a study.

One of the bedrooms on the ground floor has a bay window and access to a smaller room that can be used as a study or dressing room, while the third bedroom has access to a winter garden.

There are two bathrooms in addition to the master bath.

Outside on the flat, fenced block there is an underground pool and landscaped gardens.

“Many places in Wynnum and Manly that have water access or water views are on steep blocks,” said Dr. Manning.

“This particular house is mostly on the main level.”

Dr. Manning was trained by the renowned humanitarian and eye surgeon Professor Fred Hollows before receiving his scholarship in 1980.

Dr. Manning was also instrumental in setting up Queensland’s first Vitreo retinal unit in the Mater Hospital, which has restored vision to hundreds of blind patients.

He said San Remo was a great family home and he only sold because circumstances had changed.

He said he hoped the property would be passed on to another family who valued his character.

“I hope that the new owners will upgrade the property. Even if it is so beautiful, it can be improved and updated. “

Place Manly principal Marc Sorrentino said the house is one of the most iconic on the bay and has everything it takes to set a new record sale price.

“All of the properties that have had record prices in the area are waterfront homes that are larger than average,” he said.

“San Remo is located on a 1113 square meter property right on the water with a wide facade and in a quiet part of the promenade.

Mr. Sorrentino said that this property would “absolutely” set another record.

“The person who will buy it will be a casual buyer,” he said.

“You will be someone who has admired the house for a while and maybe missed it last time.”