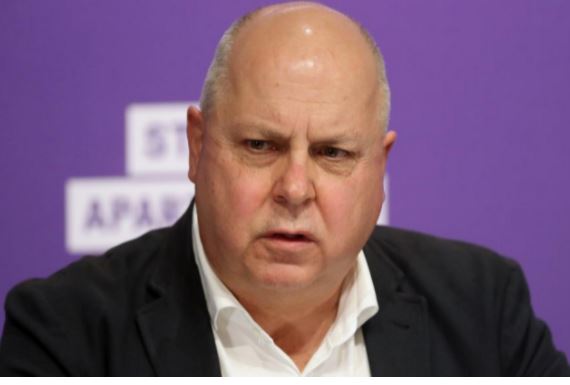 Build-to-rent developments will be exempted from absentee owner surcharges for up to 30 years under changes unveiled by the Victorian government in an effort to bolster the burgeoning sector.

It also announced that build-to-rent projects completed and operational before 2032 would be eligible for both the absentee owner surcharge exemption and the 50 per cent land tax discount for up to 30 years.

From 2020 an absentee owner surcharge of 2 per cent was applied to Victorian land where the owner did not live there, which presented a problem for build-to-rent assets.

Treasurer Tim Pallas said the changes were made after consultation with the industry.

“This will not only ensure Victorians have access to more rental homes and a greater range of housing options—it will create thousands of jobs as we rebuild from the coronavirus pandemic,” Pallas said.

“Home has never felt as important as in the past 20 months and this initiative will ensure Victorians have access to safe and secure rental properties for a long time in the future.”

Melbourne is the build-to-rent “epicentre” of Australia with almost double Sydney’s pipeline and quadruple Brisbane’s.

But developers have argued for an extension of the 2040 deadline initially mooted for land tax discounts due to the long-term nature of these investments of about 15 years.

These changes have gone some way to appease build-to-rent developers, but the contentous windfall gains tax is going ahead, which could heavily affect the feasibility of these projects, according to Property Council of Australia Victoria executive director Danni Hunter.

Earlier this year Hunter called for changes to the windfall taxes, which are being introduced to parliament this week.

“The Property Council warmly welcomes the Victorian Government’s vote of confidence in the emerging Build to Rent sector through the confirmation of the available tax concession for BTR developments in Victoria,” Hunter said.

“Having certainty on these important concessions will mean the industry can immediately press go on around 6500 BtR apartments in central Melbourne alone, locking in Victorian jobs and increasing housing choices.

“The Property Council is eager to see the full detail to be contained in the Windfall Gains Tax and State Taxation and Other Acts Further Amendment Bill 2021. As the concessions are contained in the same Bill as the Windfall Gains Tax, we caution the government to not wipe out the positives of the legislation with a poorly thought-out tax on rezoning and development.”

Treasurer Tim Pallas said the adoption of the windfall gains tax would provide a “fairer tax system” that ensured even distribution of money in the community.

The windfall gains tax will slug owners of council-rezoned properties, with a 50 per cent tax on windfalls above $500,000, which the government said would be turned into funding for public transport, schools and infrastructure.

Pallas said transitional arrangements would push back the start date to July 1, 2023, and would exempt proponent-led rezonings that were already under way by May 15, 2021.

“We want to ensure Victoria has a fairer tax system, with revenue from the windfall gains tax going back into Victorian schools, hospitals and public transport,” he said.

“We’ve consulted with industry and made the changes that are appropriate and fair, and will ensure the community benefits, as well as land owners.” 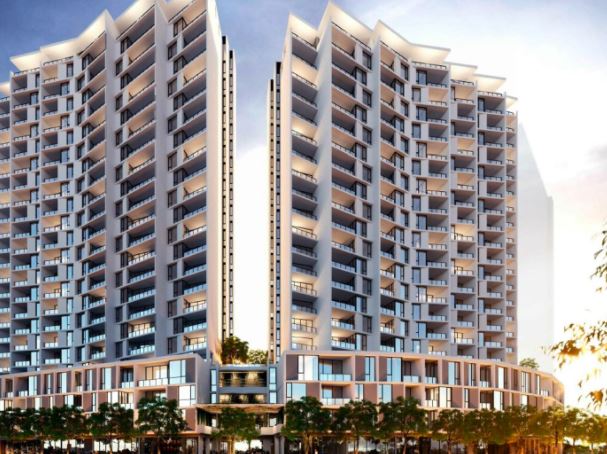 Tax settings and government policy are at the centre of the emerging build-to-rent sector’s adoption in Australia.

In this TUD+ Briefing, managing partner at Minter Ellison in Sydney, Nathan Deveson explains how this complex and technical environment is affecting the industry’s appetite for built-to-rent.

Deveson unpacks the need-to-know tax settings that impact the asset class: managed investment trusts, GST laws, state-level incentives to include affordable or social housing, and the current policies—or legislation in the making—of the states so far.

Devenson said that the growth of the sector had been remarkable.

“Eighteen months ago, I could have listed all the proposals on one page,” he said.

“Now, there are so many, the apartments number in the thousands.

“It is fantastic it us happening, but there still aren’t as many shovels in the ground as we’d like to see.”

Deveson said some of the sluggish pace of projects progressing was down to governments’ slowness to reveal policy details.

“There would be developers waiting to see what’s going to be available in the way of incentives or concessions before starting,” he said.

“They don’t want to begin work too soon and miss out.” 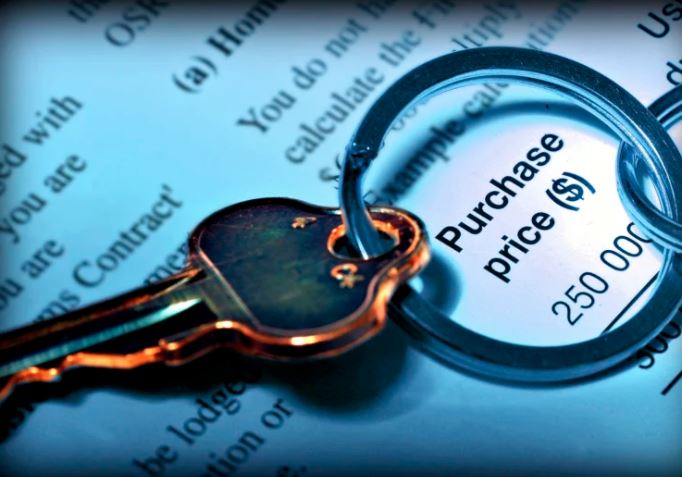 Housing affordability continues to be a hot topic and the often-raised suggestion of replacing stamp duty on the sale of a property with a universal land tax is back on the table again.

The idea has been around for more than a decade after former Treasury secretary Ken Henry claimed that stamp duty not only is a disincentive for people to move, but also gives state governments erratic income – their coffers overflow when the property market is booming but withers away when the market slumps.

The NSW government is dusting off the idea again by commissioning a consultation paper and inviting interested parties to provide their views until July 30.

In the event of the scheme proving popular, the paper envisages a price threshold based on the value of the property. If that was the case, a buyer of a $5 million property could still be liable for stamp duty on its purchase and could not opt to pay land tax instead.

State governments receive more than $20 billion a year from stamp duty, so any introduction of a new scheme would need to be phased in.

The proposal floats the possibility of the amount of stamp duty forgone being capped at, say, $2 billion a year in the early years, with the cap changing over time as the number of people opting out of stamp duty increases.

Proponents of the scheme claim that the property market would boom because buyers could use the extra money now required for stamp duty to increase their home deposits and qualify for bigger mortgages. However, this begs the question, do we really want to encourage homebuyers to take out even bigger loans? After all, interest rates are at rock bottom and must rise in the future.

If you think mortgage stress is bad now, imagine what a 2 percentage point rise in mortgage interest rates would do.

The biggest problem with a tax based on land values is that, in many states, it is common practice to leave the rate of land tax unindexed, which means that each time a property increases in value, the land tax bill increases, too.

A homeowner who chose the land tax option would most likely be faced with an increasing land tax burden as the years passed. This could be particularly hard on retirees, who could see their home costs increase while their capital decreases.

Another major flaw in the proposal is that it would likely provide a “free kick” for property speculators. It is generally accepted that speculators competing with regular homebuyers has been a major reason for property prices soaring to record highs.

In NSW, a person who buys a property today for $800,000 would pay stamp duty of $31,335, irrespective of whether or not it is their primary residence. This large upfront cost is a major disincentive for speculators who want to buy property now and quickly flip it.

However, speculators may have a field day if they could choose an annual land tax bill instead of stamp duty. If they held the property for only a short time, there may be no land tax at all payable.

There is a further complication with the land tax proposal.

Investors already pay land tax on rental properties and this cost is usually passed on to their tenants.

It would be manifestly unfair if stamp duty – which is a capital cost, not a deduction – was waived on property purchases for investors, while continuing to allow them to claim a tax deduction for the land tax, which had already indirectly been passed on to tenants.

The land tax proposal is merely in the consultation stage. Let’s hope there are further deep discussions of all the pros and cons to avoid any potential property market disasters.

THE October 31 tax lodgement deadline has arrived and Australians making money from the share economy are being urged to make sure they are on top of their tax obligations.

“More clients are casually mentioning extra revenue streams,” Mr Robinson said. “I asked one client how their weekend was and found out they were earning $400 every weekend helping strangers move house.”

The government is beginning to regulate side income sources.

“Uber drivers are now required to be GST registered and hold an ABN before they can begin making money,” Mr Robinson said.

Airbnb and Stayz have become popular with landlords taking advantage of holiday locations by organising fixed leases for colder off-season months and then going short term for a bigger yield over summer, said Sandrina Postorino, managing director of Landlords Choice.

“During these months they can command much higher variable rents,” she said. “This all needs to be accounted for in their tax return.

“Another trap is when investors decide to Airbnb their main residence instead of their investment property, which means it is no longer completely exempt from Capital Gains Tax.”

Side hustles, or hobbies turned into income streams by entrepreneurial types also have tax requirements, according to Clayton Howes, CEO of fintech lender MoneyMe.

“If you make even one dollar on your side hustle that comes with tax obligations,” Mr Howes said.

“Where it can get messy is when turnover is more than $20,000, but they have consumed so much of their own products in testing, trials, or giveaways, that it is an effective loss,” Ms Haskew said. “This is extremely challenging to account for, so it’s paramount that stringent records are kept and presented to accountants.”

ATO assistant commissioner Kath Anderson said many Australians lodge their returns at the last minute and can make mistakes overlook income when in a hurry.

Catherine and Gabriel Mihalas both enjoy side hustles in addition to their regular jobs. Catherine joined Nucerity, a network marketing group in the health and skincare field, as a way to earn money in the years following the birth of son Samuel.

“The key attraction was the hope of building a future residual income where I could stop worrying about money completely, by putting in the groundwork today,” Mrs Mihalas said. “My plan is to eventually retire from nursing with this as my main income.”

Mrs Mihalas did not originally focus on what her tax obligations might be, until the company suggested during her onboarding process that she discuss it with her accountant.

“I’m still at a stage where what I’m doing is considered a hobby; I haven’t yet passed the threshold where it will be considered a business,” Mrs Mihalas said. “But I believe that when I reach that stage, the benefits of the program will outweigh the tax obligations.”

Husband Gabriel set up a side business in aerial drone photography, to combine a hobby with his background in aviation.

“It seemed like a great way to earn extra cash while doing something that I loved,” Mr Mihalas said. “I was aware of the tax implications from day one … I knew which records to keep to stay on track.

“I’d like to think it will become a significant additional revenue stream for our family.”