Moreton Bay Regional Council Mayor Allan Sutherland is seeking an urgent meeting with Prime Minister Malcolm Turnbull to ask him not to freeze funding for placements at Petrie university.

The Federal Government last month announced it would freeze enrolment­-based funding under a plan to save about $2.1 billion.

From 2020, funding increases would be linked to population and performance measures, effectively removing the incentive for universities to enrol as many students as possible.

“This is a reckless policy that couldn’t come at a worse time for Moreton Bay, with the planned construction and delivery of the new University of the Sunshine Coast (USC) campus in Petrie about to get underway,” Cr Sutherland said.

“The funding for the first building is via a $121 million loan to USC from the Federal Government and repayment will be financed from student attendance­ at the campus over time.

“This effectively drives a stake through the heart of this crucial regional project — as there’s no point having a campus that students can’t attend due to a lack of funded places.

“I’ve written to our local Members Luke Howarth and Peter Dutton imploring them to see sense and take up the fight for what’s right here in Moreton Bay.

“I’ve also written to the Deputy Prime Minister, Federal Treasurer and Education Minister because time is of the essence and we can’t afford to put this catalytic project in jeopardy.”

“If there’s no growth in funding until then, we’ll have to look very closely at that,” he said.

Labor Senator for Queensland Chris Ketter went further, saying the cuts would put the future of the Petrie campus in doubt.

“Local Federal Members Peter Dutton and Luke Howarth have been vocal in their support for the new university precinct,” Mr Ketter said.

“I want to know what they are going to do about the negative impact that Malcolm Turnbull’s funding freeze will have on this project.”

The Government, in the 2017/18 Budget promised funding of more than $100 million to USC to begin construction­ of the Petrie campus.

Member for Dickson Peter Dutton said he would work to ensure the promised funding and the project would be delivered.

“Luke Howarth and I secured­ funding of over $100 million for the Petrie University, whereas no Labor member, at either State or Federal level, has secured even $1,” he said.

Mr Sutherland said USC was urgently requesting an agreement from the Federal Government that would secure its future.

“USC needs surety around these numbers to know that the new Petrie campus will have student places available to it,” he said. 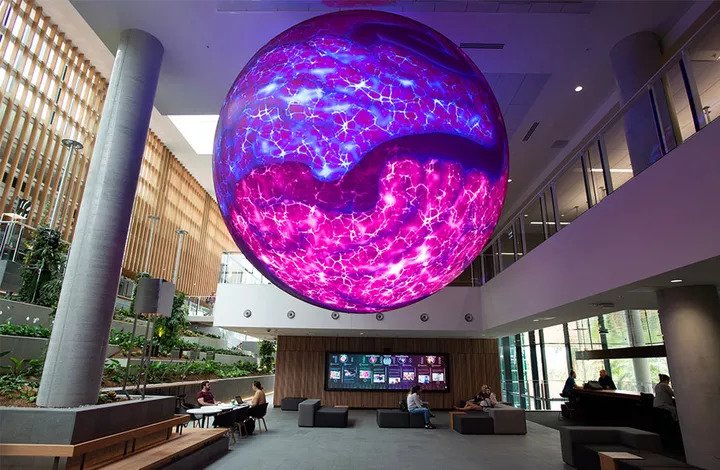 The Queensland University of Technology has completed its new $94.4 million education precinct building at its Kelvin Grove campus in Brisbane.

The Faculty of Education and QUT’s Aboriginal and Torres Strait Islander Oodgeroo Unit are housed in the state-of-the-art, six-level building, spread across 10,500sq m.

The precinct is a key part of QUT’s push to enhance its campus located 3km north of the Brisbane CBD and position the university at the “forefront of educational tertiary academia through interactive and flexible facilities”.

The project was designed by Wilson Architects and Danish firm Henning Larsen Architects. Turner & Townsend managed the development of the $94 million facility under the direction of QUT’s Facilities Management Department. 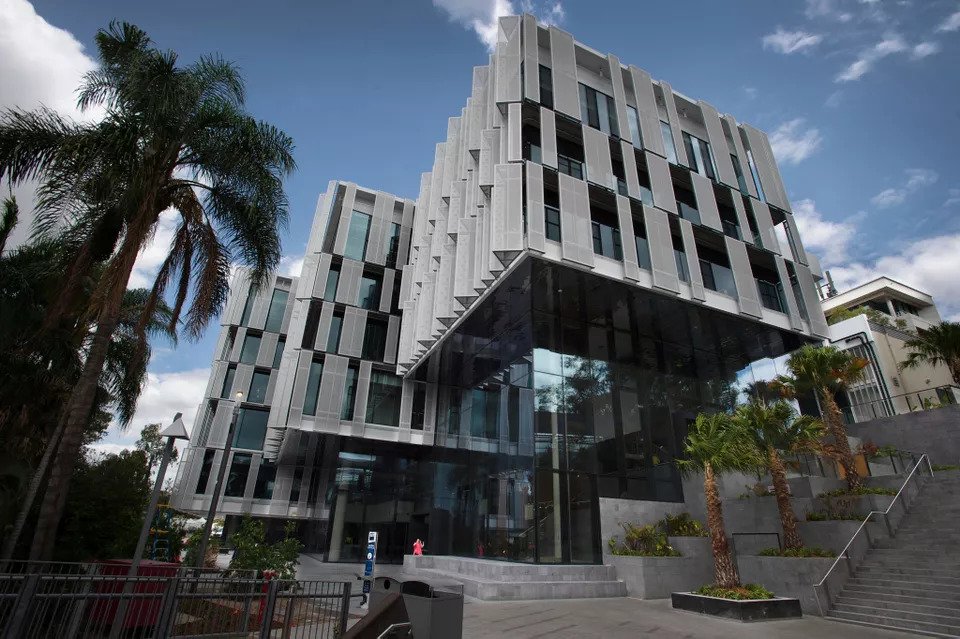 The precinct, which was constructed over a four-year period, features a giant LED sphere at the building’s atrium suspended over two floors.

“The inclusion of a five-metre diameter LED sphere suspended over two floors is a focal point in the space between the existing campus library and the new education precinct has been transformed into a new internal garden and forms a central focal space within the building,” Turner & Townsend senior project manager Robin Sweasey said.

The building’s architects noted that the structure provides a strong connection to the existing campus library and campus pedestrian spine while also providing students with a unique place to study and collaborate.

QUT vice-chancellor and president professor Margaret Sheil said the university was excited to welcome students this semester to the new precinct.

“This is a significant investment by the university in enhancing the student learning experience and continuing to provide quality teaching and education,” Sheil said.

“These facilities have been purpose-designed and reflect QUT’s commitment to applying technology and immersive digital environments in teaching, research and engagement.”

Families are forking out tens of thousands of dollars more for homes in Brisbane’s prized public school catchments rather than pay the equivalent in private school fees.

FAMILIES are forking out tens of thousands of dollars more for homes in Brisbane’s prized public school catchments rather than pay the equivalent in private school fees.

As parents prepare to send their kids back to school, real estate agents have been run off their feet fielding inquiries for homes in popular school zones, with buyers prepared to pay a premium to be near a top performing school — seeing it as investing not only in their homes, but also their children’s education.

Some sought-after schools are at such capacity, they are reportedly discouraging families from buying in the catchments. 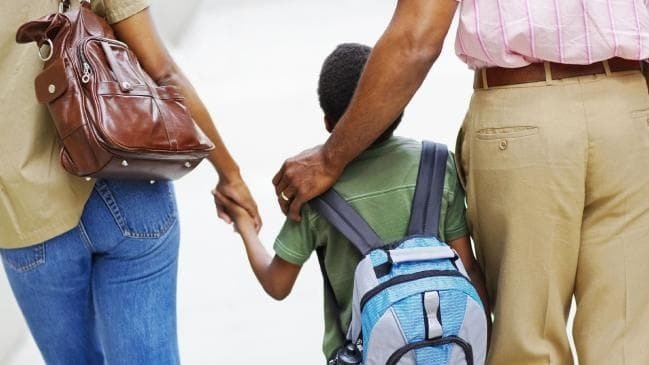 In-demand schools such as Mansfield State High, Indooroopilly State High, Ironside State School, Mount Gravatt State High and Graceville State School are currently under Education Queensland catchment management plans — which is introduced when a school nears its capacity and a principal is instructed to control any out-of-catchment enrolment requests. 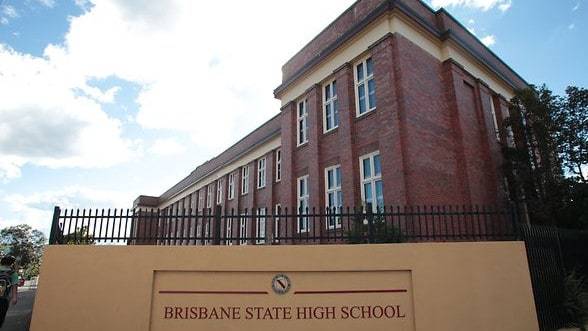 Those homes that have remained in the catchment are likely to gain in value, while some of those which were excluded are expected to suffer.

Michael Hatzifotis of Place Estate Agents – Kangaroo Point said demand to buy in to the Brisbane State High School catchment had grown even stronger since the recent rezoning.

The median house price in South Brisbane is $895,000, according to CoreLogic, but that’s not putting off buyers with children.

“Every single person has to be in this catchment,” Mr Hatzifotis said. 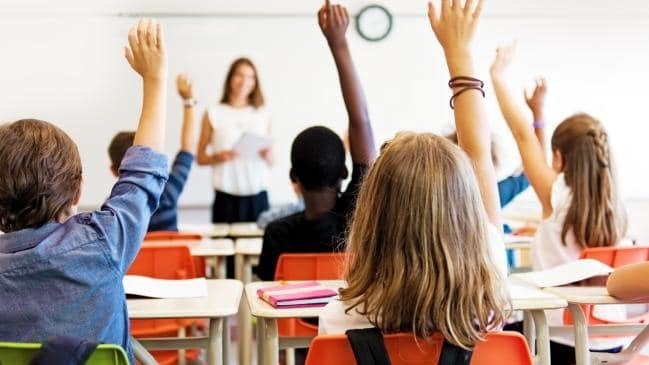 Mr Hatzifotis said demand for properties in the catchment had increased by up to 30 per cent, and in the past six months, there had been a 10 per cent rise in international buyers.

Luke O’Kelly of Ray White – West End said parents of school-aged children were investing in the family home by buying into areas zoned for some of the city’s best public schools, rather than paying the same in private school fees.

Mr O’Kelly said buyers were willing to pay up to $100,000, or around 10 per cent more, for a property in the Brisbane State High School catchment.

He’s marketing a five-bedroom house in Chapel Hill, which is in the Indooroopilly State School catchment, which goes to auction this weekend.

In Brisbane’s southeast, Mansfield State High School is the second top ranked public high school in the state, and demand for properties there is at its peak.

Local agent Tony Langanis of Ray White Mt Gravatt said about 70 per cent of people looking to buy in the 4122 postcode were doing so to get into the Mansfield State High catchment.

“Simply because of the reputation of the school and the high OP achievements of the students there,” Mr Langanis said.

“As a result, more money’s coming into the suburb.

“It’s becoming more affluent, and homes and streetscapes are changing for the better.”

The average house price in Mansfield has risen more than 22 per cent in the past three years to reach $673,000, according to CoreLogic.

A rundown house on a large block of land in Wishart recently sold under the hammer for $1.385 million, with a dozen registered bidders fighting for the property purely because of its proximity to the school.

In the city’s west, house prices in the Indooroopilly State High School catchment have risen to an average of $860,000. 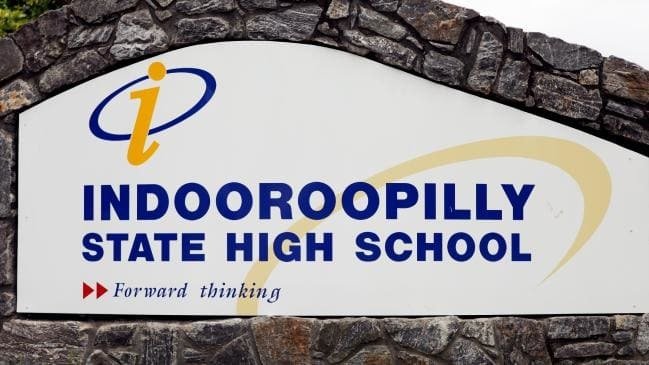 Alex Jordan of McGrath Estate Agents said demand for schools was the main driver of the housing market in Brisbane’s inner west.

“Most people are selling their homes — many in southside suburbs — and moving into the inner west, mainly because of the education for their kids,” he said.

Mr Jordan said many families were realising the benefits of buying into a good state school catchment, such as Indooroopilly State High School or Ironside State School, rather than paying private school fees.

“If you’ve got two children, then you’re looking at paying about $25,000 per child a year for private schooling,” he said.

“They could buy a property in a good school catchment and take out a million-dollar (home) loan, and their outgoings would be the same as having two children in a private school.” 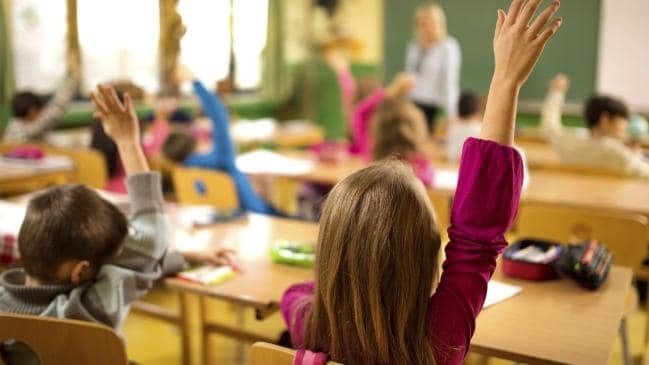 A number of homes going to auction in Brisbane this weekend are in some of the city’s most sought-after school catchments, including this three-bedder in Bardon, which is in the top-ranked Rainworth State School catchment.

The property has had inspections from families in Sydney, Melbourne, Canberra, Townsville and even the United Kingdom.

Marketing agent Judy Newlands of McGrath Estate Agents said many of the would-be buyers from interstate had commented at the lack of properties available in the catchment.

“We have been smashed with numbers through open homes for this one,” she said. 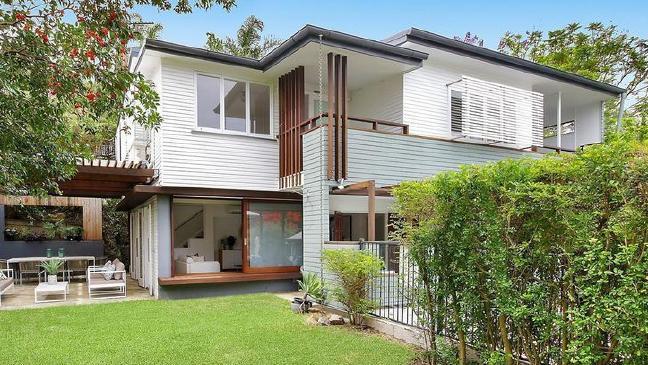 Stage one of the Fortitude Valley development, which includes the performing arts centre, sports centre, and main vertical building, will be delivered in three separable portions by Hutchinsons Builders.

“Schools have always been a big part of what we do,” Hutchinson Builders chairman Scott Hutchinson said.

“My great-grandfather, Jack Hutchinson I, worked on the Manly State School in 1913 and since then we have built more than 500 education projects.”

Cox Architecture was awarded the project through a design competition by the Department of Education, while the architectural documentation will be handled by ThomsonAdsett.

Arcadia Landscape Architecture is also part of the design team for the Brisbane project, which when complete will cater for up to 1500 students.

Hutchies is also building a new vertical school at North Lakes State College with the Department of Education.

“And it’s great to think that we can contribute to developing the great minds of the future through projects like this one.

The new Fortitude Valley school will partner with the Queensland University of Technology to provide pathways for young Queenslanders.

It’s expected the construction phase will employ around 300 people.

The school is scheduled to open in 2020.