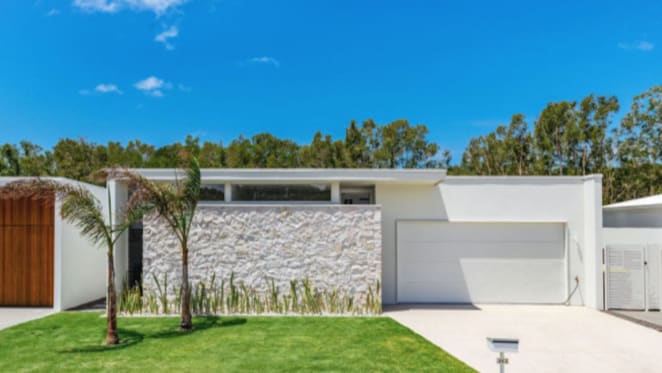 The former Socceroo Brett Holman and wife Femke have downsized on the Sunshine Coast.

Having sold their Peregian Beach holiday home for $2.55 million mid-way through last year, they’ve gone off-market to secure a near new property in the same coastal suburb.

They’ve spent $1.15 million on a home on the Peregian Golf Course.

Only completed last year, the home has five bedrooms, including a master with its own sitting area, walk in wardrobe and ensuite which spans the entire length of the top level.

There’s a dedicated media room, a kitchen with butler’s pantry and an alfresco area overlooking the pool. 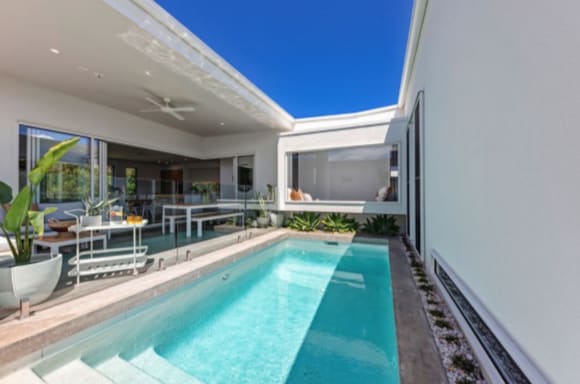 The Holman’s had previously nearer the beach, but flipped the modern 2018-built home half way through last year.

Having paid $1.95 million, they sold the Tim Ditchfield-designed four bedder for $2.55 million.

Holman, who runs a small football academy in the Sunshine Coast, and Femke are based in a five bedroom home in New Farm, which they bought for $2.43 million in 2016 when returning to Australia after spending 14 years playing soccer across Europe and Asia.

Born in Bankstown, Holman started his soccer career at Parramatta Power in the NSL before joining Dutch club Feyenoord in 2002.

Holman left Holland in 2012 to join Aston Villa in the English Premier League for a season then went on to play in Dubai and Abu Dhabi. 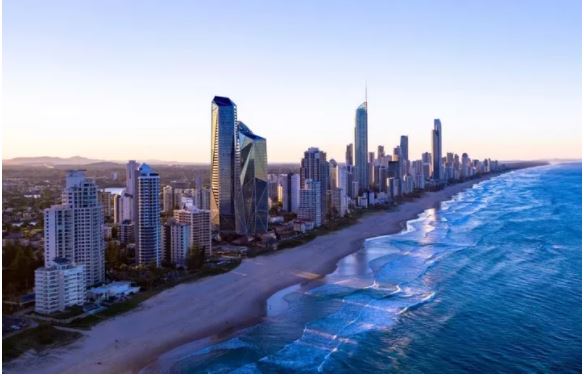 A luxury three-level penthouse will sit atop a proposed DVB Projects’ 26-storey apartment tower in Broadbeach, according to freshly lodged development plans.

The Sydney-based developer lodged an application for the 99-metre residential tower at 2 First Ave and 88 Old Burleigh Road, for an amalgamated 1186sq m site.

Part of the site, which spans 531sq m, was formerly owned by property veteran Kevin Seymour.

Seymour’s vision included full-floor apartments that started at $3.35 million. But instead, he offloaded the beachfront property—a two-storey mansion—in May last year for $7.1 million.

DVB then began demolition work in July 2020 on the project, previously flagging plans for a nine-storey development.

Council overlay mapping shows the area does not have a building height limit.

Brown said that the recent project lodgement represents a “significant improvement” on the existing DA due to the acquisition of the adjoining 88 Burleigh Road site, spanning 655sq m, for $6.8 million.

“As DVB Project’s first Gold Coast development, it was critical we sought to establish a building that delivered on the unique expectations of a discerning downsizer market,” Brown said.

DVB is also behind an 11-apartment waterfront development in Brisbane’s inner-city suburb of Bulimba. 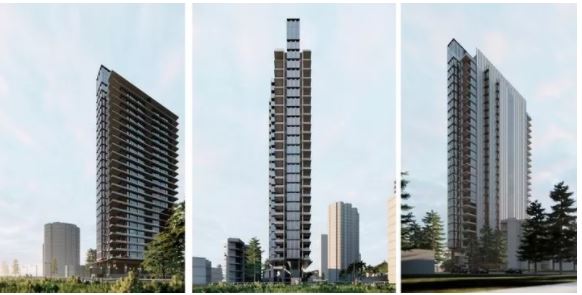 ▲ Plans for a 26-storey beachfront apartment tower have been lodged for 1 Second Avenue, and 88 The Esplanade, Broadbeach. Image: Rothelowman.

While the Gold Coast’s southern end has been a hive of development activity, nearby construction work officially started on The Star Entertainment Group’s Tower two plans, a 63-storey tower also located in Broadbeach.

Gold Coast developer Azzura Investments is looking to fast-track its construction program in the first stage of its $2.3 billion Imperial Square development in Southport.

Azzura, headed by Gold Coast developer Robert Badalotti, says it has recorded $22.5 million in sales for the first stage of its Imperial Square project, located on 1.34 hectares at 59-73 Meron Street.

The sales comprise 53 apartments in the $155 million first stage, known as Regal Residences, which spans 145 apartments and 200 hotel suites over 18 levels.

The development is proposed for an 809sq m site, located at 1 Second Avenue, and 88 The Esplanade. 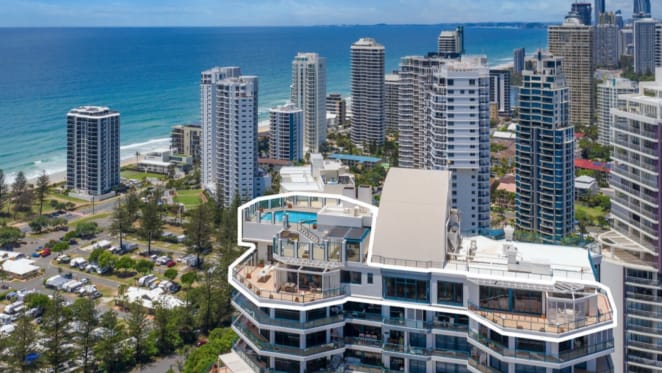 The Smorgon steel family of Melbourne has listed its penthouse atop the Waratah, Main Beach complex on Queensland’s Gold Coast

The four bedroom penthouse at 94/22 Montgomery Avenue, Main Beach is spread across 758sq m, with its rooftop space coming with a pool, spa and sauna.

The median unit price at Main Beach is $740,000, according to realestate.com.au.

The number of properties available for rent on the Gold Coast has hit an all-time low as tenants battle to secure properties across the city.

After hitting a vacancy rate of 10 per cent in May at the height of the COV ID-19 pandemic, the vacancy rate across the Gold Coast has plunged to just 0.9 per cent in the December quarter according to figures from Real Estate Institute of Queensland.

Southern suburbs of Gold Coast have fared the worst where the overall vacancy rate is at just 0.3 per cent.

In Miami, it’s fallen to just 0.2 per cent with Palm Beach and Currumbin not far behind on 0.3 per cent, while Varsity Lakes is on 0.6 per cent and Broadbeach on 0.8 per cent.

Surfers Paradise, which felt the biggest brunt of the exodus from the rental market has now bounced back to pre-pandemic levels.

The suburb had 2,100 available properties nine months ago, but now has a vacancy rate of just 0.7 per cent.

In the northern part of the Gold Coast, the average vacancy rate has fallen to just 0.6 per cent.

“Every Queenslander should have access to a safe, secure and affordable home that meets their needs and supports them,” Ms Mercorella said.

“That’s why the Palaszczuk Government should consider abolishing stamp duty. It’s the most significant barrier to home ownership, discouraging housing turnover, restricting mobility and property investment – something we desperately require.”

The competition for rental properties has seen a spike in prices across the city.

A report from Domain released last week found the median cost of renting a house on the Gold Coast had risen by 3.8 per cent in the December quarter to $540 a week.