Australia’s largest owner of office towers, Dexus, has upgraded its guidance for distributions growth from around 5 per cent to 5.5 per cent, bolstered by demand for quality CBD space and a growing development pipeline in Melbourne, Sydney and Brisbane.

The ASX-listed property giant’s half year results revealed an increase of 8.9 per cent in like-for-like office income growth, along with an $11.2 billion development portfolio which includes a number of “city-defining” office sector projects.

“For the first six months of the financial year we have continued to benefit from office occupier and investor demand for quality properties in our core markets, achieving record Melbourne rents and strong asset valuation uplifts,” Steinberg said.

Chief investment officer, Ross Du Vernet, said that an extensive engagement process with the Queensland government and Brisbane City Council had seen the company reach agreement to move forward with its development scheme for Eagle Street Pier and surrounds at Waterfront Precinct in Brisbane.

“We have significant embedded value in our pipeline from the anticipated development margins and fees associated with key projects in the eastern core CBD markets of Sydney, Melbourne and Brisbane,” Du Vernet said.

Moody’s vice president and senior analyst Saranga Ranasinghe said that the group’s results highlight the strength of Dexus’ diversified portfolio and strong market fundamentals in both Sydney and Melbourne.

“Despite weakness in the broader economy, Dexus benefits from record-low vacancy rates and relative stability in industries such as technology and financial services, underpinning robust demand for office space,” Ranasinghe said. 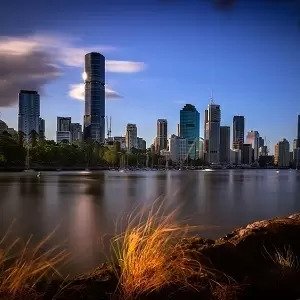 As uncertainty from the coronavirus pervades the business climate Australia-wide, property company Centuria Capital (ASX:CNI) is sticking to its guns on expansion plans for the Queensland market.

The company announced today it would be opening a centrally located Brisbane office in its own 348 Edward Street property, acquired in late 2019 for $89 million.

Centuria has 43 assets in the state with a portfolio value of $1.6 billion, and claims strong growth over the past 12 to 18 months has made the opening of the Brisbane office a “logical move”.

The office opens this month with an initial headcount of nine staff and will include David McGuigan, the newly appointed general manager of Queensland who used to be CBRE’s head of asset management.

“With the proven growth and growth targets that Centuria are looking to achieve in South East Queensland, as well as the belief in a hands-on approach to managing property, it is perfect timing to establish a Brisbane presence and maintain a local presence,” says McGuigan.

Centuria joint CEO Jason Huljich says with Brisbane already making up around a fifth of the company’s assets under management (AUM), the city is a favoured market.

“Direct asset management is part of Centuria’s DNA,” he says.

“The new Brisbane-based team, including asset management, property management, facilities management and distribution staff, are excited about the opening of the 348 Edward Street office and look forward to further expansion of the group in the state.”

This article is republished from www.businessnewsaus.com.au under a Creative Commons license. Read the original article.

A prominent corner property in Brisbane’s renowned Golden Triangle has sold for $53.5 million to local development and investment group PGA Properties following a slow start to the year for the CBD office market.

The tower, at 410 Queen Street, which has a weighted average lease expiry of 2.8 years and a net lettable area of 5704 square metres, was sold by RG Property transacting on an initial yield of 5.8 per cent.

It has been very quiet in most of the CBD markets across the country so far in 2020 as investors hold tightly on to their assets. With a lower-for-longer interest rate environment, Australia’s commercial real estate market is a very attractive proposition for global fund managers – but the key challenge is where to allocate the capital given the shortage of assets for sale.

It follows a strong year for the Brisbane market, with several big-ticket sales in 2019 led by Cromwell’s acquisition of 400 George Street for $525 million and the sale of The Complex to AsheMorgan for $425 million.

Since January 2019 there have been $3.05 billion in transactions in the Brisbane CBD – up 114 per cent on the 10-year average – according to CBRE data.

“The campaign attracted strong and qualified interest, particularly from new-entrant capital alongside existing CBD owners who have been waiting for a trophy Brisbane CBD asset,” Mr Chapple said.

“From a pricing perspective, the sale reflects the challenge of acquiring a prime corner asset in the CBD, which is noteworthy when you consider the shorter WALE of the asset and subsequent pricing assumptions buyers factored into their numbers,” Mr Walsh added.

RG Property acquired 410 Queen Street for $28.8 million in 2011 and repositioned the asset as a “boutique A-grade building”.

“Over this time we added considerable value to the property and were able to provide our investors with a solid return on their investment. We see continued growth in the Brisbane market and remain acquisitive,” RG Property’s Rhett Williams said.

Despite the buyer being a local in this instance, foreign interest in Brisbane’s CBD has ramped up with recent activity from Singapore and Germany – and more recently Hong Kong. In January Germany’s Deka Immobilien signed on the dotted line for a $380 million landmark building being offloaded by Lendlease and the Abu Dhabi Investment Authority.

PGA Property’s Frank Martinez said the group was on the look-out for further high-quality assets across the country’s CBD markets.

“We are attracted to the long-term fundamentals the Brisbane market has to offer and the unique position 410 Queen occupies in the financial precinct of the city.”

This article is republished from www.commercialrealestate.com.au under a Creative Commons license. Read the original article. 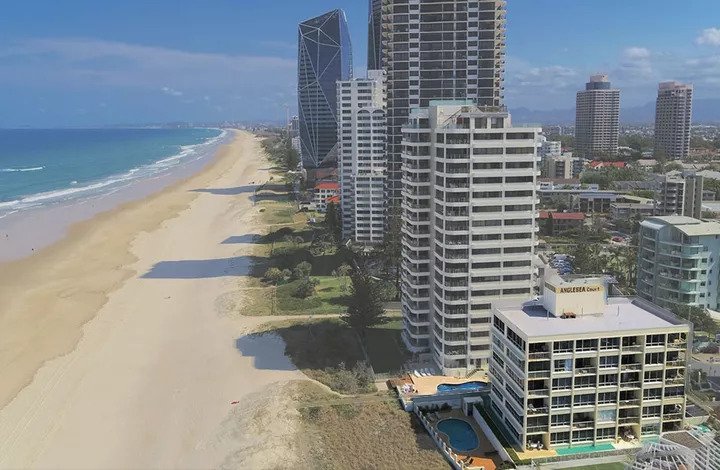 A five-star beachfront hotel in Surfers Paradise has hit the market after the developer received council approval for a 15-storey tower, with both the freehold and hotel up for grabs.

Ryko is open to offers around the $20 million mark for the 1,037sq m freehold, and has tapped JLL to run an expressions of interest campaign for the hotel asset.

JLL Hotels & Hospitality senior vice president Tom Gibson is managing the expressions of interest campaign for the hotel, which is available on a turnkey arrangement.

Two hotel operators including Los Angeles-based hotel operator Sbe are in talks to take up a management agreement or lease in the project. 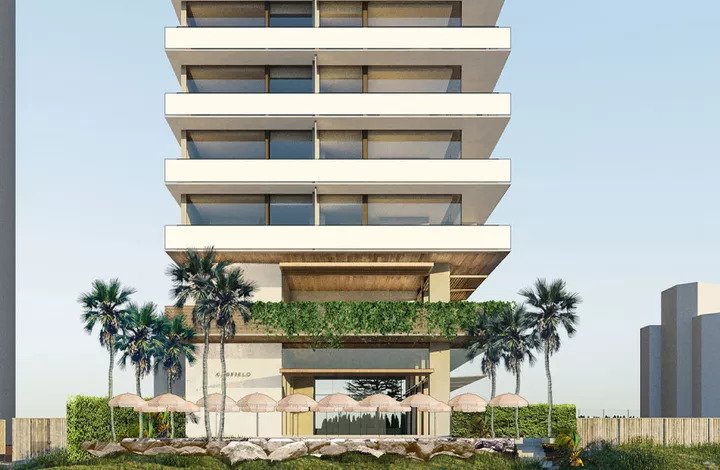 Gibson said the Gold Coast hotel market is evolving into one of the more liquid investment markets.

“The Gold Coast has proven to be one of the most resilient hotel markets in Australia [with] recent major infrastructure investment including the Gold Coast Airport expansion and the Light Rail project,” Gibson said.

Other than the soon-to-be-completed $1.4 billion Jewel, there has been no absolute beachfront hotel development on the Gold Coast in more than 20 years.

Luxury hotel operator Langham announced it will occupy the five-star, 169-key hotel as part of the three tower Jewel last year. Further south, a proposal has been submitted for a 132-room luxury beachfront hotel on The Esplanade in Burleigh Heads.

“The Garfield Hotel will join the exclusive club of absolute beachfront positioning on the Gold Coast, with only the Sheraton Grand Mirage Resort and the under-construction Langham Hotel,” Gibson said.

The expressions of interest campaign for the Garfield Hotel closes Tuesday 31 March.