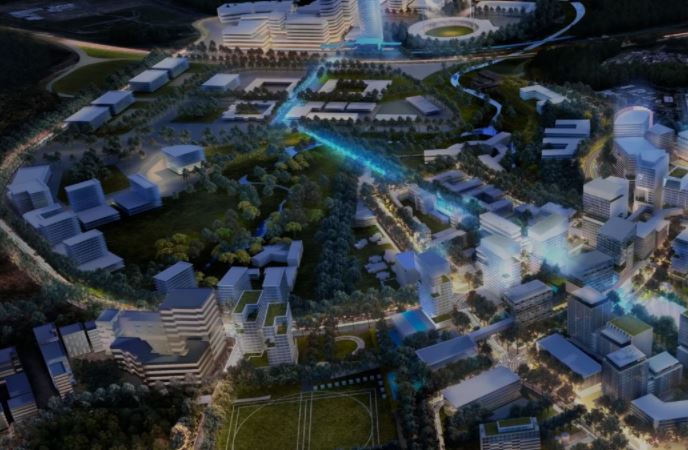 Introducing The Urban Developer Plus (TUD+),
our premium membership for property professionals.

In this TUD+ Briefing, Springfield City Group’s Bob Sharpless discusses its global search for a partner to help deliver its $15-billion Knowledge Precinct that will complete the Springfield CBD.

The group has now put out a tender for a development partner to help deliver a new 120ha precinct, approved for more than 1.2-million sq m of commercial space and more than 5000 apartments.

—the mixed-use development opportunity for the partner

—education, health and technology uses across the site

—the appointment of Moelis Australia to lead the search

—the impacts of Covid-19 on the global tender

—the timeline and projected announcement date. 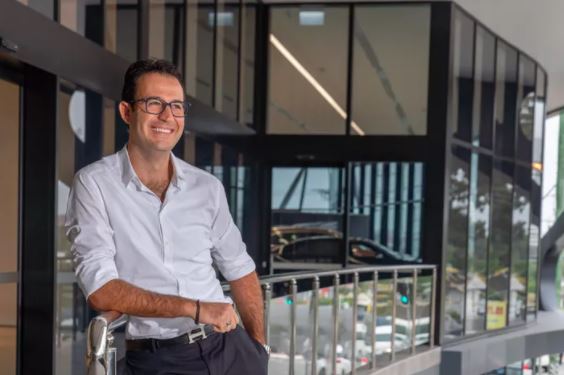 Gold Coast developer the Aniko Group has won development approval for a $52-million house and land project at South Ripley in Brisbane’s west.

The proposed development will be delivered over five stages and construction is scheduled to begin later this year. It is due to be completed by mid-2023.

About a third of the site, which is bounded by Barrams, Cumner and White Rock roads, will be dedicated to open space. Aniko has also proposed a new service station and convenience retail centre as part of the development.

“This is one of south-east Queensland’s fastest-growing urban areas and it’s also proving to be equally strong in terms of job growth, so we see a great future ahead for the project,” Mastrocostas said.

“While the appeal of this region began with affordability, increasingly we are seeing more buyers choosing the western growth corridor for lifestyle.” 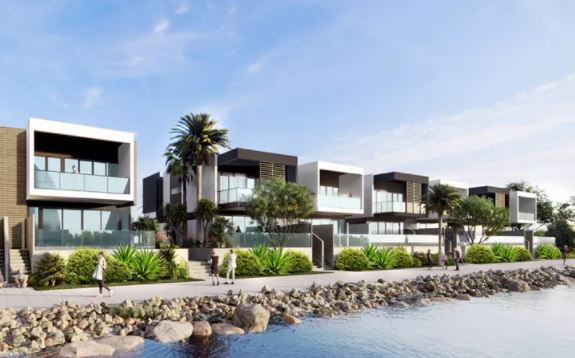 ▲ Aniko’s development at 31-35 Grant Avenue will comprise 58 townhouses and will be completed mid-2022.

Aniko’s approved development forms part of a $400m pipeline, the centrepiece of which is a $140m residential project on the Hope Island waterfront, near the gateway to Sanctuary Cove.

The apartment project, at 1 Grant Avenue, has so far sold 70 per cent of apartments on offer in the weeks that followed work beginning the project’s second stage.

After that project’s successful launch, Aniko has now submitted plans for 58 townhouses at its neighbouring site between 31 and 35 Grant Avenue.

Mastrocostas said he had green lit that project in part thanks to the Queensland government moving ahead with plans for a new railway station in the area as well as the $1.5bn first stage of the Coomera Connector road.

Construction is also expected to begin soon on three new railway stations to be built on the Gold Coast line—Helensvale North (Hope Island), Pimpama and Merrimac. 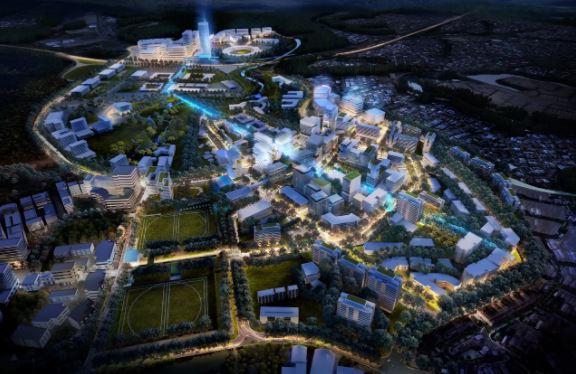 Springfield City Group has gone global in its search for a partner to help deliver its $15-billion Knowledge Precinct that will complete the masterplanned Springfield CBD.

The precinct will be the key commercial area in the Queensland city’s CBD and has been approved for 1.22-million sq m of commercial space and 5340 apartments on 119ha of developable land.

The group has now put out a tender for a global partner, which it expects will garner attention from Australian as well as international firms.

The group’s chairman Maha Sinnathamby said the precinct would be anchored on three key pillars for future economic growth: health, education and technology.

“This (global tender) initiative will turbocharge the development of the Springfield CBD. This project represents a unique opportunity to join us in creating a legacy,” Sinnathamby said.

“The completion of a futuristic city, harnessing innovative thinking, will make a real, positive impact on economic growth and job creation in southeast Queensland.”

Sinnathamby said the SCG had a 29-year track record as the master developer of Springfield City and had successfully partnered with some of the country’s leading property groups to build the masterplanned community, which is 24km south-west of Brisbane.

The Knowledge Precinct is estimated to be worth about $15bn upon completion and could support a city population of more than 145,000 people through the development of Health City, Education City and IDEA City, across the development pillars for economic success.

The city is expected to be valued at about $88bn when completed and Sinnathamby said it was on track to become Brisbane’s second CBD.

The city continues to grow with major stakeholders including the Mater Hospital and University of Southern Queensland developing plans for expansion.

“With considerable established infrastructure, 11 schools, residential developments, a hospital, existing local and regional transport links such as highways and two rail stations … we are already well on our way to becoming an economic centre for southeast Queensland,” he said.

“With the right partnership in place we will usher in the next chapter for our city.”

The population of Springfield City is forecast to grow by 5.8 per cent per annum during the next 15 years, tripling its current population to about 115,000 by 2036.

Moelis Australia is assisting the group with its competitive global tender process. Initial discussions are to begin in the coming weeks while an outcome and preferred partner are expected to be announced later this year. 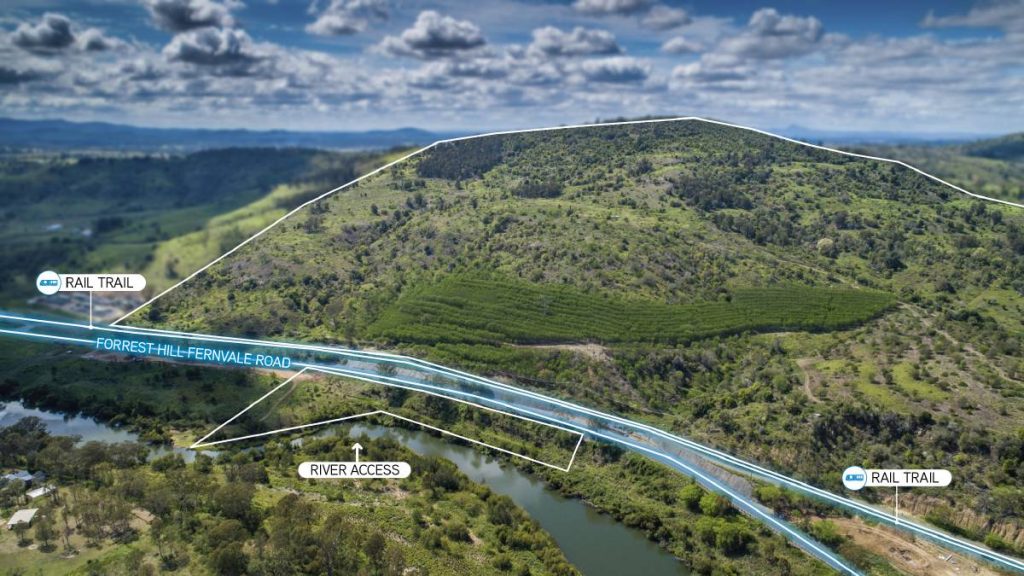 AN 83 hectare (205 acre) property positioned above the Brisbane River and less than 60 minutes from Brisbane CBD is on the market.

The property is located between Lowood and Fernvale and will be auctioned by Colliers International in Brisbane on December 17.

The property comprises of four lots and has northern views from Mount Hancock.

The main entry is a 22m frontage on Glamorgan Vale Road. The three adjoining lots have direct access to the Brisbane Valley Rail Trail, including a small parcel of land on the banks of the Brisbane River where the access to the water licence is granted. 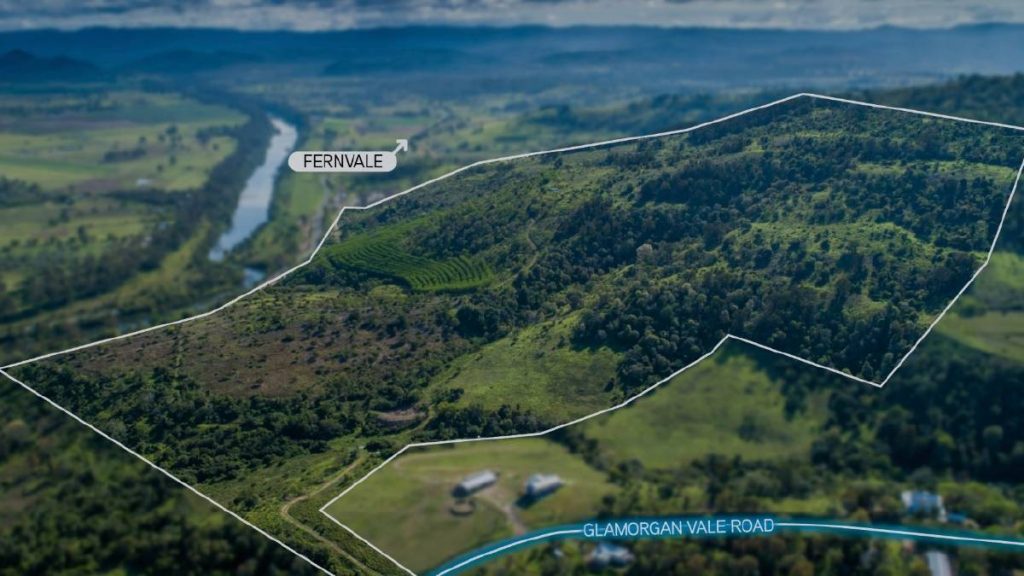 Marketing agent Peter Uebergang, Colliers International, said investors could choose the best location for a new home with sweeping northern views and utilise other areas for family or guest accommodation, or perhaps a ‘glamping’ tourism venture based on the Rail Trail.

“With an eye to the agri-tourism potential of the Somerset Region and the population growth that is taking place in the south east corridor this will be a solid investment,” Mr Uebergang said. 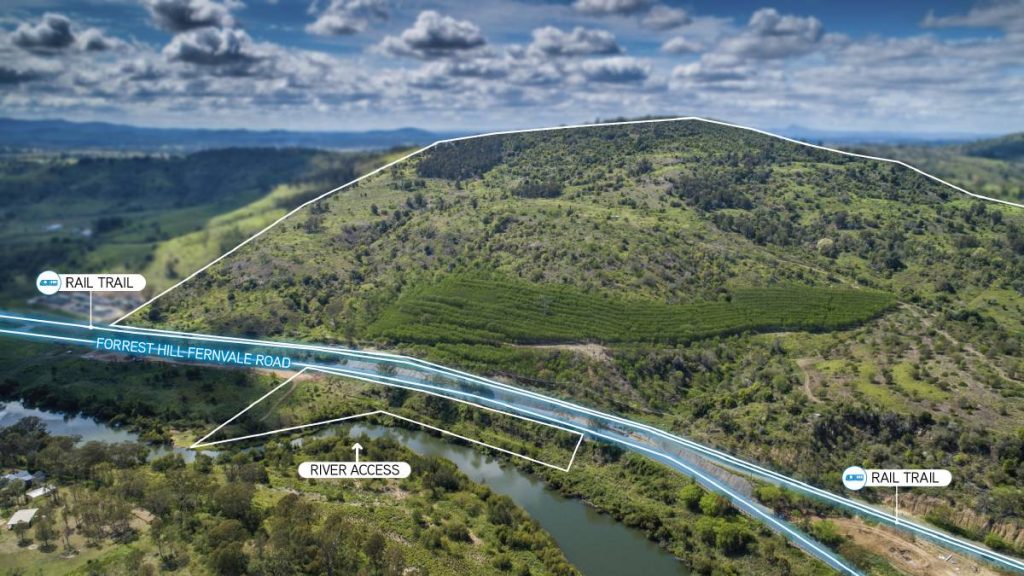 “Land of this size with a 40ML licence do not often become available.”