THE marina development at North Harbour, Burpengary, is a step closer after work in the Caboolture River was given the green light.

North Harbour developers North East Business Park, along with neighbouring developer Trask Development Corporation, applied to the State Government to carry out work that would allow construction of the marina on the south bank of the river.

The government wanted reassurances that the work would have no impact on the river, landholders and marine life.

It also wanted assurances on who would be responsible for managing eronsion on the northern bank, apposite the proposed marina.

Moreton Bay Regional councillors, at the December Coordination Meeting, agreed to take responsibility for the funding, ownership and ongoing maintenance of areas within the application area.

It was believed that Unitywater would also contribute to the erosion works.
North Harbour project director Peter Lightbody said there were still some steps to go before the marina went ahead, but it was an important step.

“There has been a lot of discusssion over who does what in the river,” he said.

“This council resolution means the council will look after the northern bank along with Unitywater with us as proponants on the southern bank.

“That means some entity has been identified for all componants and hopefully it is a way forward and a catalyst to get approval.”

Cr Peter Flannery (Div 2) said there would be significant economic benefits as a result of the decision.

“Caboolture River is currently eroding and I believe in the future we’ll have to take action to prevent erosion to our assets along there,” he said.

“The Federal Government has previously said they are happy for this to occur. There is a lot of community support for this, people are asking me when is it going to happen.”

Cr Adam Hain (Div 3) said once competed North Harbour would be “the most significant development in the northern end of the region” and a “game changer”.

Crs Darren Grimwade and Allan Sutherland declared a conflict of interest as one of the applicants was a political donor of theirs, left the Chamber and did not vote.

Trask Development Corporation owns land next to the North Harbour project and has been working with North East Business Park on getting approvals.

North Harbour developers North East Business Park, with neighbouring developer Trask Development Corporation, applied to the State Government to carry out work that would allow construction of the marina on the river’s south bank.

The government wanted reassurances work would not impact the river, landholders or marine life and to know who was responsible for managing erosion on the north bank, opposite the proposed marina.

Moreton Bay Regional councillors last week agreed to take responsibility for the funding, ownership and ongoing maintenance of areas within the application area.

What the Games Means for Brisbane’s Property Market 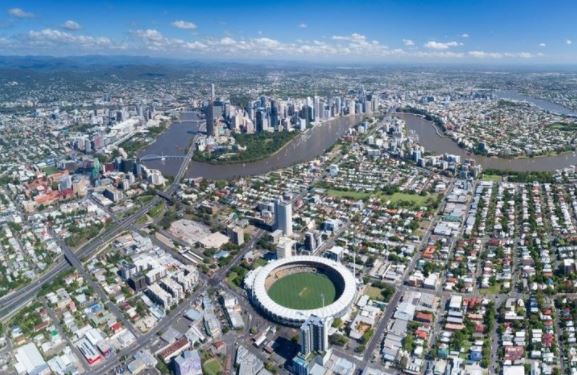 With the newly-announced Brisbane Olympic Games some 11 years away, the flow-on effects are likely to be gradual and centred around significant infrastructure upgrades and the associated medium-term uplift in jobs and longer-term improvements in transport efficiency

The most significant positive influence on the housing market is likely to be seen in the years leading up to the 2032 Olympics, rather than during the four weeks of the Olympic and Paralympic games themselves.

Large infrastructure projects tend to have a positive influence on housing prices, with the extra requirement for workers creating additional demand for housing during the construction process.

Large projects also tend to leave a legacy of a permanent housing demand uplift, either through additional employment or via other benefits such as improved transport options and travel efficiencies related to transport infrastructure projects as well as additional amenity introduced to the area including social and retail outlets.

As more detail comes to light about where these projects will be located we should get a better understanding of the housing market opportunities, however, the obvious candidate for an uplift in demand is Woolloongabba and the surrounding suburbs.

The proposed billion-dollar overhaul of the Gabba stadium is set to be the epicentre of Olympic activity.

Along with the Cross River Rail terminal and plaza, this precinct is likely to see a lift in desirability.

The area is already popular with investors, with around two thirds of the housing stock in and around Woolloongabba being rented. The proximity of the Princess Alexandra Hospital and Mater Hospital provide a permanent level of localised housing demand, along with easy access to the Brisbane CBD, universities and Southbank precincts.

The lower price point combined with upcoming capital investment on infrastructure are likely to be a popular combination with investors and developers alike.

Other areas set to benefit would be the proposed sites for athlete villages, earmarked for Hamilton and Robina, along with areas set to benefit from transport infrastructure upgrades including the Gold and Sunshine coasts via upgrades to the M1 Pacific Motorway and Bruce Highway which could be accelerated.