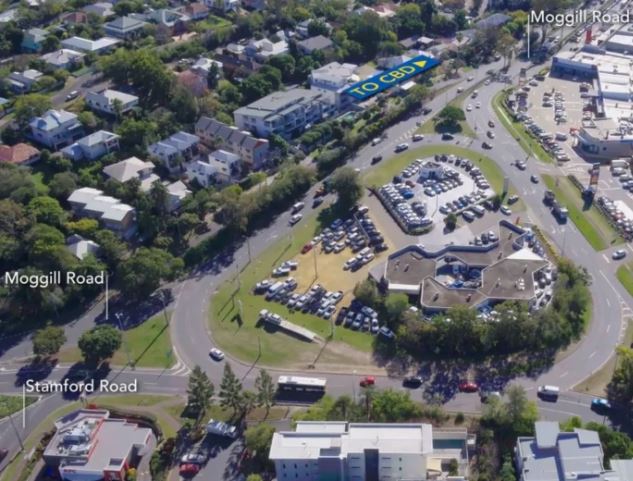 A joint government-funded project to upgrade a notorious Brisbane roundabout is expected to cost almost $60 million more than first budgeted because of pandemic-related supply chain issues and a broadened scope.

The growing western-suburb bottleneck already supports more than 55,000 vehicles a day, and demand is expected to increase. Between 2014 and 2019, 32 crashes were recorded on the roundabout, at the intersection of Moggill Road and Coonan Street.

Under the council’s initial plan, which has drawn a $50 million funding commitment from the federal government, Coonan Street will be modified to create an overpass for inbound traffic to clear an uninterrupted Moggill Road before merging safely.

But details in a budget amendment put to council by civic cabinet this week show the project’s expected cost has grown to $183.29 million as a result of pandemic-driven market conditions, including supply chain issues, price rises and contractors’ lower risk appetite.

“These risk factors are likely to lead subcontractors to reduce the duration for which they are willing to maintain fixed pricing, placing greater risk on construction delivery and principal contractors.”

The document also cites an increase in major government and private sector construction projects across south-east Queensland, including Cross River Rail and Queen’s Wharf, along with national and international demand, as potential market factors.

A breakdown of the major cost increases was redacted from the document as commercial in confidence.

However, about $3 million more is required to cover increased property prices for land acquisitions, while an extra $5 million is needed to cover the cost of complex relocation work for water and gas mains, along with telecommunication and power lines. 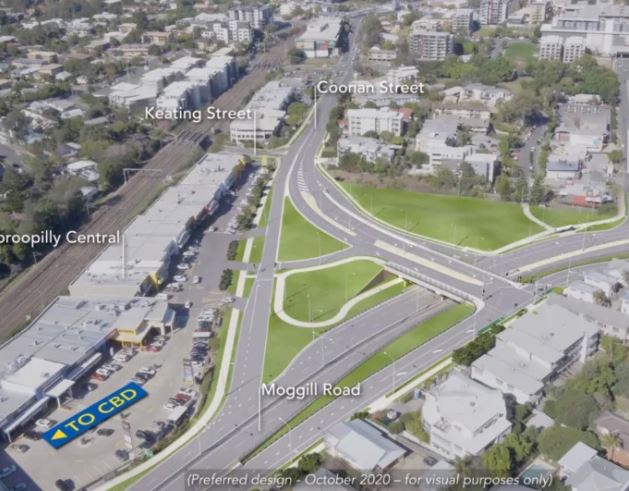 The planned upgrade includes an overpass and traffic lights.

The council has also expanded the scope of the project to the Moggill Road corridor upgrade, requesting an additional $1 million for the design of safety and capacity works including indented bus stops, road-widening and turning restrictions.

Cyclist safety improvements would also be considered. Council’s original plans showed cyclists would have to navigate a slip lane when crossing Moggill Road at the Coonan Street intersection.

Some surplus land was expected to be acquired by council’s investment arm, the City of Brisbane Investment Corporation, at the completion of the project.

In a statement last week, lord mayor Adrian Schrinner said a contract for the work was expected to be awarded within weeks. Major demolition of the former Audi dealership at the centre of the roundabout was expected to be the first step once asbestos removal has been done.

Responding to further questions on Tuesday, infrastructure committee chair Andrew Wines said council was confident the project would be completed within the allocated budget, but was hopeful of securing additional federal funding for the next stage of the Moggill Road corridor upgrades.

The council’s Labor opposition leader, Jared Cassidy, said the cost increase was the latest in a line of pricing blowouts, including the Brisbane Metro and Kingsford Smith Drive upgrade.

“This LNP lord mayor has racked up a $60 million cost blowout before the project has even started, and Brisbane residents are picking up the tab,” Cr Cassidy said. 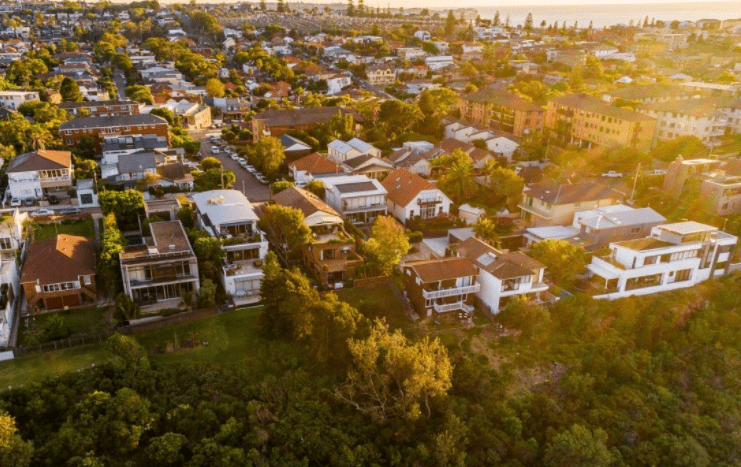 A surge in post lockdown supply coupled with buoyant market conditions, led to unprecedented levels of auction activity across Australia in the final three months of 2021.

CoreLogic’s Quarterly Auction Market Review shows 42,918 properties were taken to auction across the combined capital cities in the three months to December 2021, an 85.1% increase from the previous quarter and more than double (109.5%) the December 2020 figures.

CoreLogic’s Research Director Tim Lawless says several factors resulted in the surge in auctions, including some catch-up from the September quarter when the largest auctions markets were weighted down by lockdowns as well as a pickup in activity following the seasonally slower conditions of winter.

“The large number of auctions held through the December quarter also reflects the strong selling conditions that were present, which motivated vendors to capitalise on strong buyer demand and the significant rise in values seen through the pandemic,” he says.

“Auctions as a way of selling tend to be more popular during a sellers’ market; in this situation buyers are highly competitive and incentivised to outbid rival purchasers in order to secure a property. During cooler market conditions an auction may not attract as many registered bidders or as much competitive bidding.”

Across the combined capitals, the quarterly clearance rate of 71.3% was only slightly down on the previous quarter results of 71.7%.

However, as the quarter progressed and the volume of auctions held increased, the clearance rate progressively trended lower to 61.1% in the week ending 19 December, 2021.

“The surge in the number of auctions through the final quarter of 2021 was accompanied by a consistent trend towards lower clearance rates, with this trend evident across each of the capital cities,” he says.

“The drop in clearance rates implies demand didn’t quite keep pace with the level of auction supply during the quarter.” 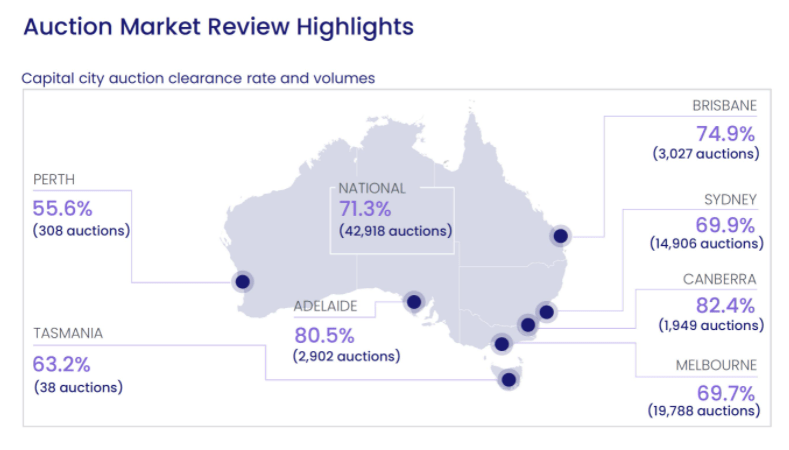 At a granular level, the suburb of Wishart, 12km south-east of Brisbane’s CBD, recorded a 100% clearance rate, the highest in the country, with all 28 properties scheduled for auction in the December quarter selling under the hammer.

The heightened auction volumes in Brisbane and Adelaide echoed the cities respective housing strength, where values continued to rise at cyclical highs through December, prompting a higher proportion of properties being taken to auction.

Auctions in Australia’s regional areas also increased substantially over the quarter. Larger centres such as Newcastle, the Illawarra, Geelong and the Gold and Sunshine coasts in Queensland, each saw a surge in auction volumes, reflective of the tight housing market conditions that currently exist in the country’s popular coastal areas and lifestyle-oriented markets.

In the week ending January 23, 2022, close to 460 auctions are scheduled across the capital cities, almost 40% higher when compared to the same period a year ago. However, Mr Lawless says it’s too early to forecast the auction market trend likely to prevail in 2022.

“Auction volumes tend to ramp up through early February and move through a seasonal peak in the weeks prior to Easter. Over the medium term we are expecting listing numbers to gradually normalise which should see buyers regaining some leverage in the market over time.  If this is the case, we could see more vendors reverting to private treaty sales rather than auctions as competitive tension amongst buyers eases.”

A full city-by-city suburb analysis, where at least 20 auction results were reported over the December quarter, can be found in the report. 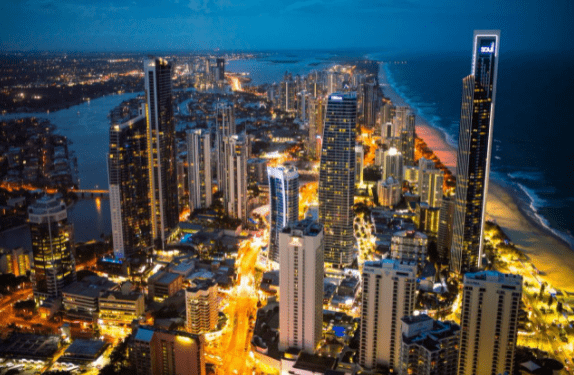 The Gold Coast continues to rise above the pandemic, providing bang for buck for many ultra high-net worth individuals who bought into the unyielding prime residential market.

The region recorded a 156 per cent increase in annual sales turnover for prime residential property, the biggest in the country, according to Knight Frank’s Australian Prime Residential Review report.

Knight Frank head of residential research Michelle Ciesielski, who authored the report, said Gold Coast property had chalked up a 10.5 per cent increase in prime prices, the second-highest behind Sydney at 10.7 per cent.

“The Gold Coast saw the biggest rise in prime annual sales turnover at 156 per cent, followed by Brisbane at 135 per cent,” Ciesielski said.

“Gold Coast prime properties were on the market 19 days less on average [than the previous quarter], the biggest reduction across Australia.”

The Gold Coast also offered more for your money.

According to Knight Frank data, US$1 million would buy you 124sq m of luxury floor space in the Gold Coast, while in Melbourne it could buy about 88sq m and a paltry 44sq m in Sydney.

“There’s a fair argument that we might have hit a peak,” Leet said.

“But there’s still plenty of people out there buying tower sites that are going to take three or four years to develop.”

Towards the end of 2021 there were more than 50 residential projects with an estimated investment value of $4.8 billion under construction on the Gold Coast.

Nationally, the third quarter of 2021 was the second highest on record for prime sales, recording 1971 properties sold, while the volume of prime sales was up 119 per cent across the year ending September 2021.

Knight Frank forecast prime prices would increase 11 per cent across 2021, and a further 8 per cent in 2022.

Luxury rental prices on the Gold Coast have risen 10 per cent with yields the strongest in the Australian prime residential market at 3.48 per cent.

Almost half of these new apartments are for the Melbourne market (7450), while Sydney and the Gold Coast were slated for more than 2000 properties each.

Sydney was ranked 14th, followed by the Gold Coast (15th) and Perth (16th). Brisbane was at 21, while Melbourne came in with a middling performance at 24.

How home loan mortgages rose in 2021 to record levels

Lender records were broken in every state and territory except WA, according to the ABS data

Purchases by NSW owner occupiers came with mortgages sat at around $770,000, according to the latest lending data.

The national average mortgage size for owner-occupiers has reached a record high of $595,568 according to ABS data.

Records were broken in every state and territory except WA.

The November ABS Lending Indicators, released 14 January, advised the loans were for the purchase of new and existing dwellings.

The national average mortgage size for owner-occupiers has reached a record high of $595,568 according to new ABS data out today.

Records were broken in every state and territory except WA, according to the ABS data in original terms.

“In November housing stock was high and the country’s two largest states were freshly out of lockdown, so it’s no surprise to see a rise in new lending,” RateCity.com.au research director, Sally Tindall, said.

“Growth in property prices is starting to slow on the back of fixed rate rises and a crackdown by the regulator, but the opening up of borders this year will increase demand, keeping prices moving north,” she forecast.

The data did not include refinancing, nor renovation loans.

Renovation loans surged by 18 per cent in November to a record $569 million. The value of lending for renovations is up by a massive 115 per cent on a year ago.

Canstar analysis showed Australian mortgage holders refinanced $15.72 billion worth of loans to a new lender in November 2021, down 2.3% from October.