The outlook for China’s growth is a significant uncertainty for the outlook for the Australian economy, according to the latest RBA statement on monetary policy issued this morning.

But in the period ahead, Australian dwelling investment seems likely to be supported by continued strong demand from foreign buyers, the central bank concludes.

Information from the bank’s liaison suggests that foreign buyers tend to have long-term motivations for investment and may be relatively unconcerned about temporary fluctuations in housing price growth.

The statement then adds population growth, employment prospects and expectations for future housing price growth are likely to be the most important considerations for domestic buyers.

“Some geographic areas appear to be at risk of reaching a point of oversupply, particularly the inner-city areas of Melbourne and Brisbane.”

It also noted conditions in the established housing market have eased in recent months.

“Auction clearance rates, which are another timely gauge of housing market conditions, have also declined from very high levels to be around their long-run averages.

“However, some other indicators – including turnover rates, days on market and the eventual discount on vendor asking prices – have been little changed.

“The easing in housing market conditions has been most pronounced for detached houses in Sydney and Melbourne, where earlier price growth had been strongest, and in Perth, where prices have been declining since early 2015.”

It noted growth of national apartment prices had been noticeably slower than that of detached housing prices, reflecting large increases in higher-density housing supply over recent years, especially in Melbourne.

“The increase in supply over recent years, partly in response to strong investor demand, has been associated with a gradual increase in the nationwide rental vacancy rate.

“Dwelling investment grew strongly over the year to the September quarter, supported by low interest rates and the significant increase in housing prices over the past several years.”

The RBA has also released its Chart Pack that summarises macroeconomic and financial market trends in Australia. 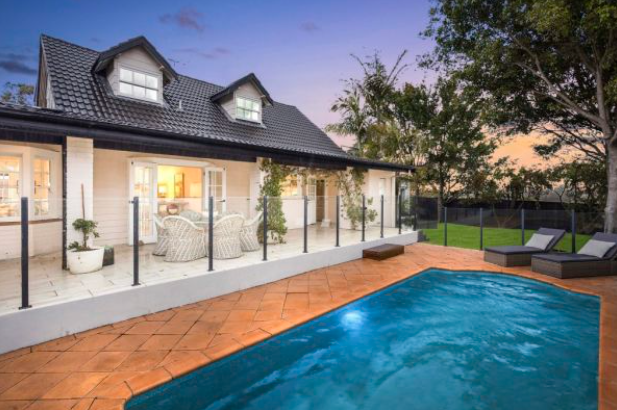 Some Property sellers have brought forward their listings in hopes of getting the best price before new mortgage rules kick in and reduce the budgets of potential buyers, agents say.

Potential home buyers who are hoping to borrow the maximum amount are also rushing to get in before the cut-off at the end of October, although some will be disappointed as a few banks have already become more cautious about how much they will lend, and investors with multiple properties are already having to reduce their budgets for their next purchase.

Property buyers will be assessed to ensure they could repay their loans should interest rates rise 3 percentage points, up from 2.5 per cent previously, under recently announced rules by bank regulator the Australian Prudential Regulation Authority that are likely to cut buyers’ maximum borrowing capacity by about 5 per cent.

But with only 8 per cent of applicants borrowing their maximum, on Commonwealth Bank figures, most buyers are unaffected, meaning property prices are likely to keep pushing higher, albeit not at the same pace.

“It’s very much on the top of sellers’ minds to try to get a deal together before the market could be impacted,” The Agency Epping’s Catherine Murphy said.

Last time APRA made it harder to get a home loan, the decision preceded the financial services royal commission that threw bank lending practices into the spotlight, as well as the uncertainty of the federal election, and property prices fell.

Ms Murphy does not expect as much of an impact as last time, tipping prices to keep rising but at a more modest pace.

“If you know buyers, instead of being able to spend $2.5 million, they can only afford to be spending $2.1 million, that counts that buyer out of the game,” she said. “The more buyers you have, the more you end up selling for.”

Adrian William principal Adrian Tsavalas has seen some sellers keen to list sooner to take advantage of the unchanged borrowing capacities in the market now.

“There have been a couple of sellers who were on the fence about listing this year or next year,” he said.

“With the change in regulations and the possible change in borrowing capacity on the cards we’ve seen a number of sellers elect to list and sell this side of Christmas, just in case this has an impact on the market.

“It could possibly ease [price] growth but I don’t think it’s going to cause the market to retract.”

Foster Ramsay Finance principal mortgage broker Chris Foster-Ramsay has seen some buyers aiming to get a pre-approval quickly if they hope to borrow the maximum to stay in their preferred location, perhaps near family or the children’s school.

Some banks are still allowing new buyers, or those renewing pre-approvals, to borrow the maximum under the old rules before November 1, when the new rules kick in. Borrowers have 90 days to use their pre-approval before it expires, meaning buyers will be in the market with larger maximum budgets until the end of January.

Others such as Commonwealth Bank and Bankwest have already changed to the new rules, he said.

“Everything seems to be premium price and premium demand,” he said. “Agents foresee that happening right through until early next year when these changes kick in.”

Shore Financial chief executive Theo Chambers has been fielding questions from pre-approved clients asking how the change affects them and thinking they might need to buy sooner rather than later.

“People that were procrastinating about it are now feeling like they need to get moving,” he said.

“It’s almost a bit too late for those people because some of the banks will apply the change regardless of whether you’re already approved.”

Banks are also making their own changes, such as being more cautious about how much debt borrowers can take on relative to incomes, to reassure the regulator, he said.

Keen investors with multiple properties had been affected, although not dramatically yet, and were hoping to get in before the changes, Mint Equity director and finance broker Zac Peteh said.

“The strategy that some of the investors had of waiting for the market to return, in terms of stock levels … there’s a little bit of a push with the investors to try and get something done now, rather than waiting until early next year,” he said.

“For the majority of people it doesn’t make much difference and it won’t hit all parts of the market. It’s a pretty light touch overall and will make a minimal impact,” she said.

“I do think that deadline will see prices calm a bit though if only because the APRA changes are signalling that they are watching, they are not going to let it get out of control, and there will be a limit.”

Melbourne buyer’s advocate Wendy Chamberlain has not yet seen any impact on her clients, but expects that soon buyers may not be able to borrow as much money and will look at homes at a lower price point.

“I don’t’ know if it’s going to take the wind out of the market,” she said. “If you can’t afford to buy that house you’ll just drop into a lower price bracket.

“[Also,] the bank of mum and dad aren’t going to be affected by the APRA changes, are they.”

Ray White NSW chief auctioneer Alex Pattaro has not seen any impact on buyers from the announcement, with confidence at auctions still high.

“People are more keen to secure a home and get in simply because of the property prices rather than because of APRA,” he said.

“People are prepared to pay over for a property when there’s competition on auction day.”

Davidson Property Advocates’ Tonya Davidson has not seen the change directly affect her clients yet but is anticipating a flow-on effect.

“It’s been a topic of discussion and I think what that really relates to is perhaps a small shift in market sentiment,” she said.

“There’s a number of properties that have had price adjustments. I had an auction on Saturday [in which] I was the only bidder.

“A little bit of the shine has come off.” 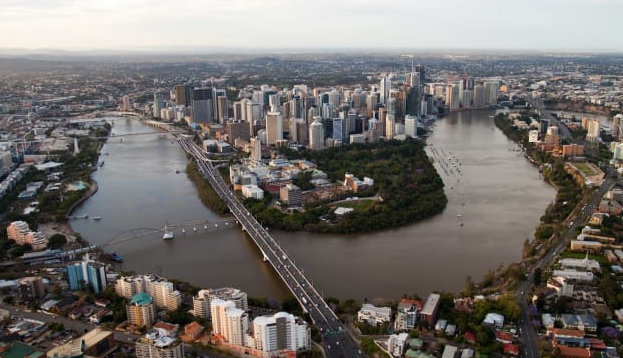 The Housing Legislation Amendment Bill 2021 was approved earlier this month

Legislation has passed in the Queensland parliament that will provide more rights to tenants in coming years.

They disallow property owners from issuing a notice to leave ‘without grounds’ providing tenants with more certainty. 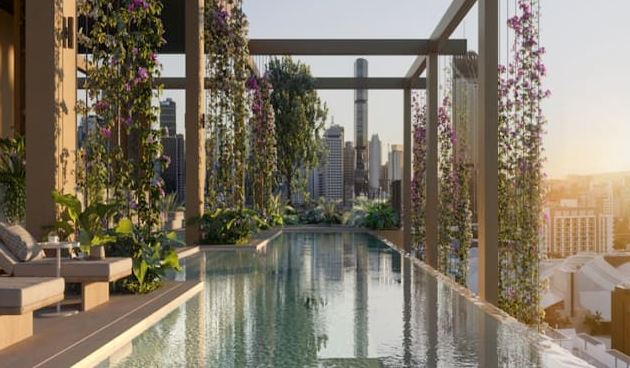 The laws requires owners to consider the specific circumstances or the specific attributes of a pet request and deter blanket “no pets” rules.

They extend protection for renters who have experienced domestic and family violence.

The Palaszczuk Government passed its new tenancy legislation with some amendments, calling it “striking the right balance between renters and property owners.”

Penny Carr, CEO of Tenants Queensland, the state’s tenant advisory specialists, welcomed the finalisation of the first stage of the reforms, but said they fell short of modernising the laws.

“Our focus will now be to ensure all Queensland renters understand the new laws, how to exercise their rights and meet obligations, without fear of eviction.

“Renters will find it somewhat easier to keep a pet and to have repairs attended to but they will wait until 2024 for minimum standards and will still be subjected to arbitrary evictions. 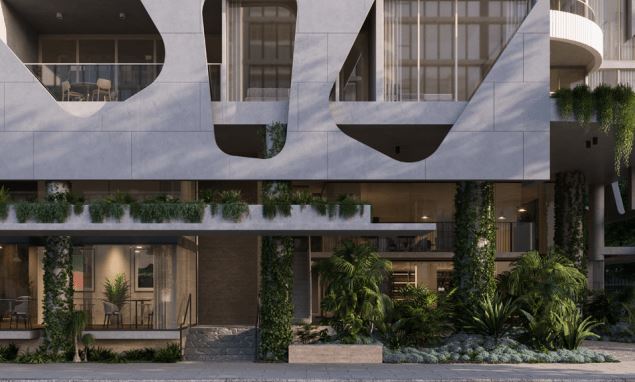 “These laws are not ones for a modern Queensland as they don’t offer strong enough protections from unfair evictions,” said Ms Carr.

The REIQ says the laws had swung distinctly in favour of tenants.

“Unless owners can establish limited prescribed grounds (such as the sale of the property) they will never be able to terminate a periodic tenancy.”

The Housing Minister Leanne Enoch has committed to stage 2 of rental reform to begin in the first half of 2022. 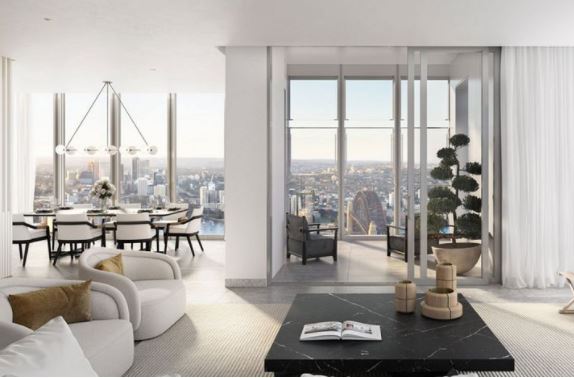 Upward pressure on the top end of the market looks likely to continue with a 39 per cent fall in the number of new luxury apartment projects predicted over the next three years.

The Rightsizing Report by Knight Frank showed pipeline constraints for properties above $2 million to $3 million would be most felt in Brisbane and Sydney.

Perth and the Gold Coast have more new apartments on the way which may go some way to easing the pressure for this stock.

But demand for apartments above $10 million was even more intense—sales have increased eight times the 10-year average during the first six months of 2021 in Australia.

This contrasts with the middle of 2020 when the global super-prime market took a -61 per cent hit.

Contributing to the success of the Australian market this year were Crown Resorts’ One Barangaroo and Lendlease’s One Sydney Harbour. 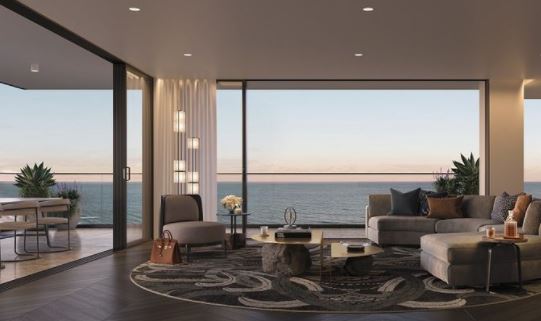 ▲ Full-floor apartments in Luxe Broadbeach on the Gold Coast are expected to fetch more than $4.95 million.

Knight Frank head of residential research Michelle Ciesielski said although people were prepared to spend what it took to meet their requirements, it was difficult to find stock.

“The shortage of suitable product, particularly at the top end of the market where rightsizers play, has been exacerbated by developers unable to easily secure sites in prime locations, adding to the highly pressurised buying environment across Australian cities.”

Buyers in this demographic were increasingly looking for three bedrooms, with developers increasing the share of this configuration from 21 per cent in 2018 to 32 per cent in 2021.

“During the coming years, we will see an increasing number of rightsizers who are seeking a low- maintenance home as their main residence, given the transient global lifestyle that will return for many of the ultra-wealthy population,” Ciesielski said.

“This pent-up demand will continue while new luxury apartment delivery and sales listings remain shallow across almost every prime region of Australia.”

The number of car parking spaces was also contributing to the final sale result with apartments selling for 39 per cent more on average, at $39,800/sq m, with spaces compared to $30,200/sq m without in Sydney, while the difference in Melbourne was 9.2 per cent.