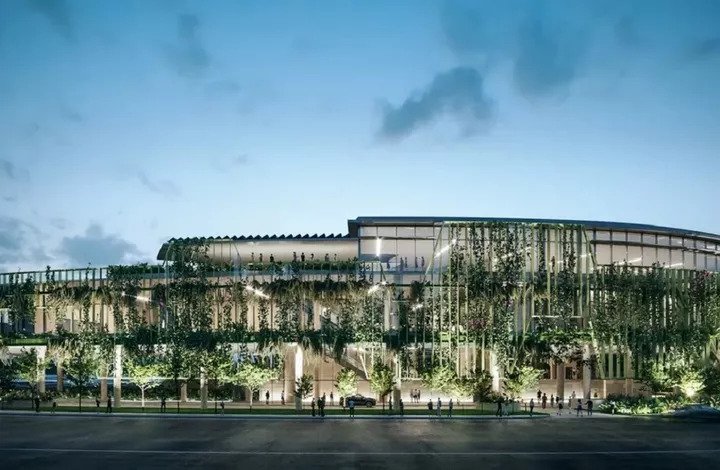 The Queensland government’s tour of the far north to kick-off construction projects has fallen short of its $1 billion “global tourism hub” expectations.

But the state government is still pushing ahead with the $176 million redevelopment of the Cairns Convention Centre to help support the tropical city, which has been devastated by the drop in tourism due to Covid-19.

The pandemic has caused the government to end its expressions of interest development campaign as the proposals “didn’t cut the mustard”, according to tourism minister Kate Jones.

“A global tourism hub requires not only international tourists but a multi-billion-dollar investment from a global investor. At this time, this is not realistic,” Jones said.

“I’ve said it before and I’ll say it again—we won’t commit prime waterfront real estate in Cairns if we can’t be certain that what will be delivered will bring thousands of extra tourists and give the tourism industry a leg up.

“The proposals we received just didn’t cut the mustard and didn’t represent value for the people of Cairns.”

The new convention centre was part of the state government’s global tourism hub plans, along with a multi-million dollar port upgrade. 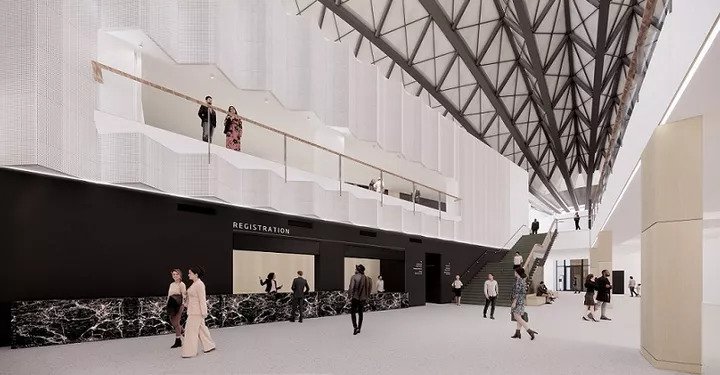 Lendlease was appointed the major contract on the convention centre project, adding to the company’s construction footprint in the area, including the $60 million Cairns Central shopping centre redevelopment already in progress.

The Cairns Convention Centre was closed in April in preparation for the 10,500sq m expansion project and is expected to take two years to complete.

Cairns Central shopping centre project is a private investment by Lendlease, which is also the owner of the centre as well as the managing contractor of the project.

The shopping centre is the largest retail complex in the city and upgrades include a 7,500sq m Myer refurbishment, a Woolworths-anchored food hall, parking improvements, children’s play area as well as additional amenities and upgrades to existing spaces.

Significant headway has been made on the project during the past year, with two stages of the Myer fitout already complete and works under way on the Spence Street express parking ramp. 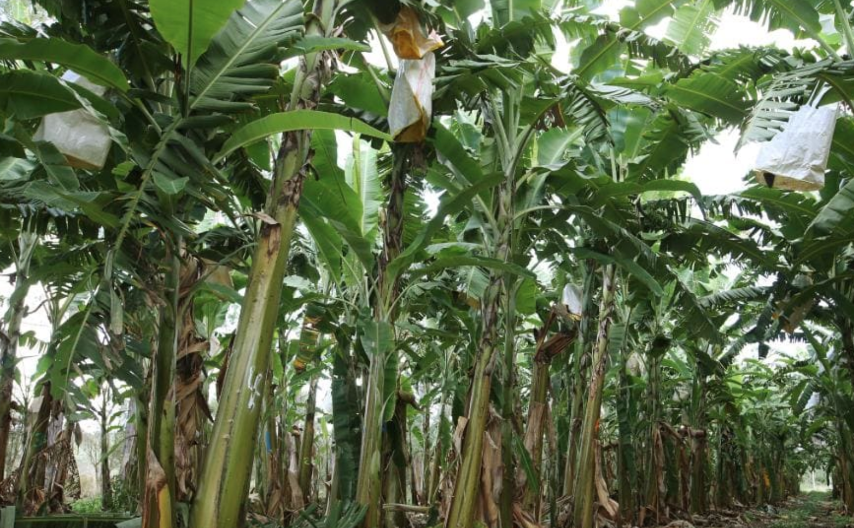 Since July 2019, approximately 20 per cent of total rural sales over 20 ha comprise sales purchased for conversion to banana production or of going concern banana farms.

Banana prices have gradually improved since its 2016 low caused by the Panama TR4 banana disease, according to the report.

Recent trends in banana prices in the Brisbane and Melbourne have both increased.

This article is republished from https://www.propertyobserver.com.au/ under a Creative Commons license. Read the original article. 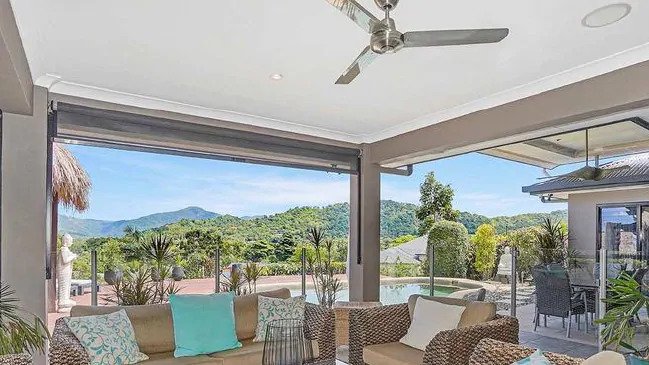 A global pandemic has not dampened demand for property in the Far North with many agents posting record sales.

A GLOBAL pandemic has not dampened demand for property in the Far North, with many agents posting record sales.

“Obviously there has been a big impact in a negative way on the share market and bricks and mortar is relatively safe,” he said.

“We’ve got high vacancy rates, the mortgage rate has dropped to about 2 per cent. In any previous economic shift, usually the property market is affected in a negative way, but not now.

“We have just got to adapt, really – there is still an intention out there to buy and sell.

“There are still rental properties on the market, there will still be people taking job transfers and needing homes, people moving away and selling.

“I think the market will go on – the conditions will make it more difficult for inspections, but we will all come out the other side, whether it’s (in) a few weeks or a few months.” 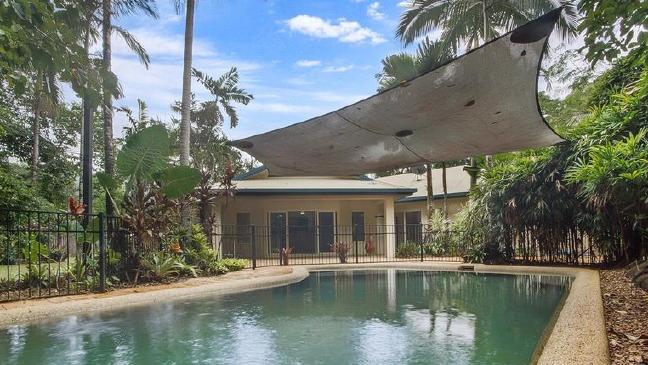 RE/MAX Cairns principal Ray Murphy said that in the past 10 days his office had completed seven cash contracts.

“We’re finding because the stock market is so vulnerable and unpredictable, people are pulling their money out and putting it in bricks and mortar, and we are seeing a positive flow-on from that.

“I’ve talked to first home buyers who have said ‘if I lose my job, I’ll have to pay rent, so I may as well buy the house because the house is cheaper’.”

An auction held on Tuesday at the Whitfield chapel recorded a 50 per cent clearance rate. 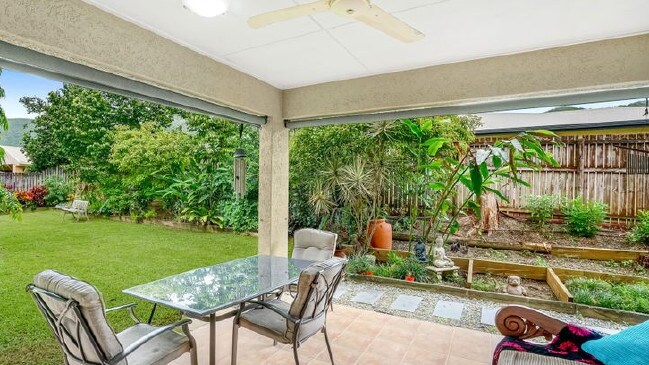 For those who already own property, Mortgage Choice Cairns’s Lindon Reed said there were two ways to take advantage of a highly unusual economy.

“Look at your own individual circumstances. If you are in a casual job and the future is a bit uncertain, talk to the banks,” he said.

“If you’re in a safe job or you’re self-employed but stable and you’re expecting your income might drop a bit, considering refinancing, even if it is a 50/50 combination, so you’re getting that benefit of the reduction in interest rates.

“We are preparing for people to hunker down and take advantage of these low rates.

“People are starting to say the RBA doesn’t have too much room to move, we’re expecting things to flatten out a bit. The banks have already proven they are passing the cuts on. Earlier this month, all they did was drop the variable rate, never touched the fixed. This time (on Thursday), the variable stayed the same and they dropped the fixed. They are hedging their bets.”

With first homebuyer’s grants and the mortgage insurance guarantee certain to continue, according to Mr Reed, the property market should continue to get an injection from the younger demographic.

This article is republished from www.news.com.au under a Creative Commons license. Read the original article. 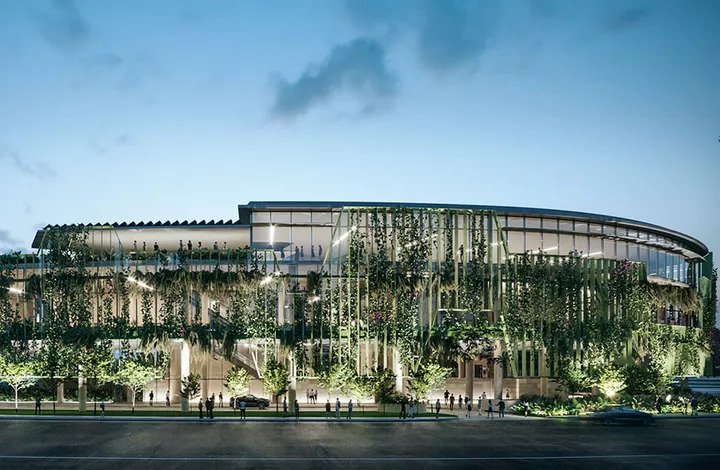 Lendlease will deliver stage one of the $176 million redevelopment of the Cairns Convention Centre for the Queensland government.

Stage one planning has now commenced with works expected to commence in May next year, when the centre closes for a roof replacement and refurbishment work.

The announcement comes as a decision is yet to be revealed on who will deliver Cairns global tourism hub, a billion-dollar waterfront development, touted as a major boost to the local economy through development, tourism and employment potential.

Three international firms were shortlisted to develop the $1 billion-dollar project, with proposals from The Star Entertainment Group, Reef Casino Joint Venture, and Hard Rock International, announced in March this year. 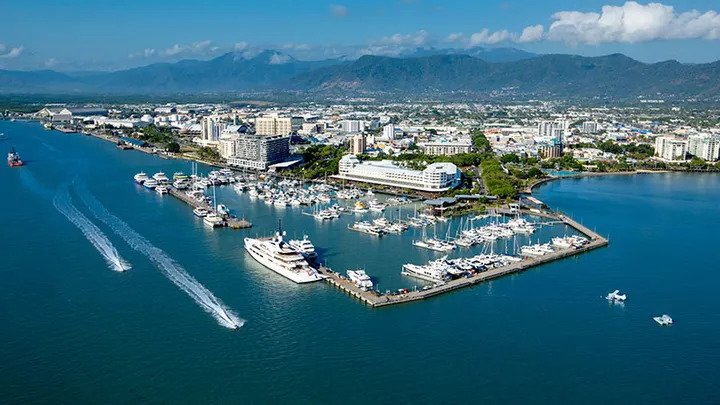 Lendlease, the current owner and operator of Cairns Central Shopping Centre, has delivered the Cairns Hospital and the original Cairns Convention Centre.

Lendlease’s Brad Protheroe says the partnership with state government in delivering the project would “create jobs in local communities for women, Aboriginal and Torres Strait Islanders, the long-term unemployed and apprentices”.

“Leveraging our local presence, we will continue to work with industry to ensure the engagement of local sub-contractors and suppliers,” Protheroe said.

Plans for the centre’s expansion includes a new entry, space for exhibitors’ booths, three meeting rooms covering a total of 420sq metres and a rooftop space.

The centre’s doors are expected to reopen in 2022.