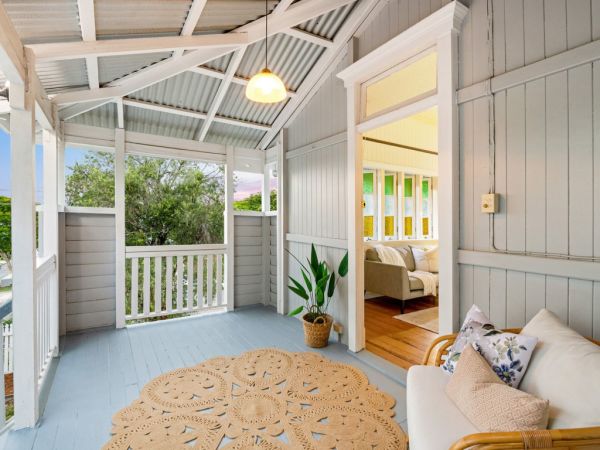 Brisbane’s piping-hot property market has hammered out yet another record after the city clocked one of its highest auction clearance rates in years at the weekend.

In a remarkable show of strength amid the nation’s continued covid chaos, a whopping 76 per cent of homes were sold at auction over Saturday and Sunday, compared with 55 per cent the week before and a dismal 45 per cent this time last year.

The figure not only highlights the trajectory of the state capital’s soaring property sector, Place Estate Agents chief auctioneer Peter Burgin says, but a growing appetite for auctions as tight stock levels and fierce buyer competition send vendors and home-hunters scurrying for a transparent sale.

“We had about 13 auctions altogether [at the weekend] and while we’ve still got a couple under negotiation we’ll have them all done by the end of it. There are a lot of factors [fuelling this auction appetite] such as a lack of stock, but also it’s the fact that more sellers and buyers are telling us they want to go to auction because of the transparency,” Mr Burgin said.

The Place team clocked a handful of million-dollar-plus sales at the weekend, with a close to $4 million home still in negotiations and a charming three-bedroom Queenslander at 69 Beatrice Terrace, Ascot, selling over reserve for $1.281 million to a local couple. 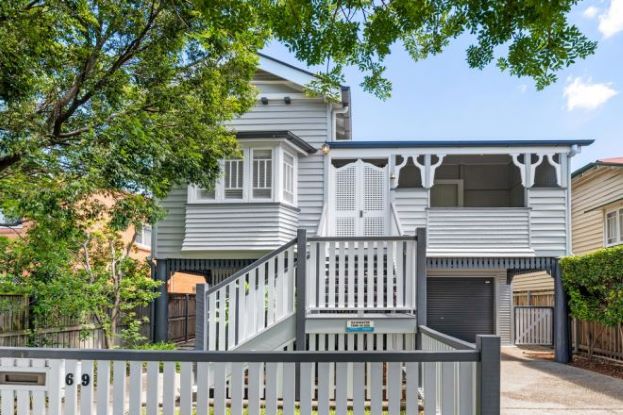 “This one had about 11 registered bidders and it was very competitive, there were probably it 75 people at the auction. We also had another one that was passed in that will be circa $2 million [when the sale is wrapped up],” Mr Burgin said.

At Place Estate Agents Ascot, lead agent and partner Shane Hicks said it was another cracker of a weekend for the team, as all but one home sold under the hammer.

“A 50 per cent clearance rate is good in Queensland, so now that there’s less homes on the market it’s given us this situation [of soaring clearance rates and increased buyer competition],” Mr Hicks said.

“Where this time last year you might have only had one or two bidders, now it’s usually five, so business is much stronger than usual.”

From entry level abodes through to the prestige end, Mr Hicks said buyer emotions were running high, with a charming cottage at 97 Macrossan Avenue, Norman Park, sold under the hammer for $727,500 to an ecstatic first-home buyer who leapt into the air after scoring the winning bid. 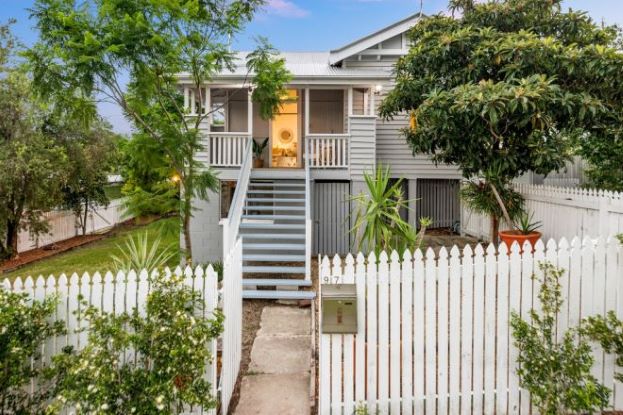 “Then at 5pm [on Saturday] we had 77 Newman Avenue in Camp Hill [up for auction] and it’s in one of the best streets. It’s a three-level home on a 405-square-metre block with city views and we had an opening bid of $1.6 million and then we sold it under the hammer for $1.7 million,” Mr Hicks said.

Across the Ray White Brisbane family agents reported hundreds of hungry home-hunters that hit the auction pavement with a two-storey Queenslander at 48 Jack Street, Gordon Park, selling $156,000 above the reserve for $1.306 million.

Selling agent Holly Bowden, of Ray White Wilston, said bidding started at $1.2 million before two bidders battled it out to the end, with the victorious buyer – Ray White New Farm agent Nicholas Given – almost weeping with joy after his six-month hunt for a dream family home finally came to an end.

“Gordon Park is so popular, particularly because of access to the Kedron Brook which many of my clients loved having access to during covid,” Ms Bowden said.

“The market is absolutely on fire. We had our in-room auctions on Thursday night and we sold all of them. I sold a home in the next street over which had 11 bidders.” 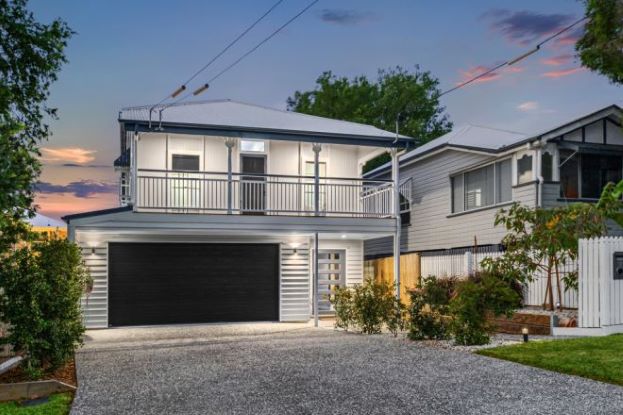 “We had 130 people through the inspections, including from Sydney and Melbourne,” Mr Flanagan said.

“The top result and the level of buyer interest were probably driven by the area. Wilston is a suburb that doesn’t have a huge turnover of stock, so when things pop up they move so quickly.

“But clearance rates have generally been a lot higher.”

Julian Maddox, at Place Estate Agents Graceville, secured the heart-warming auction result of the weekend after selling 2 Wesley Place, Sinnamon Park, for $770,000 to an elated single mum, who beat fierce competition to secure the four-bedroom abode for her and her children. 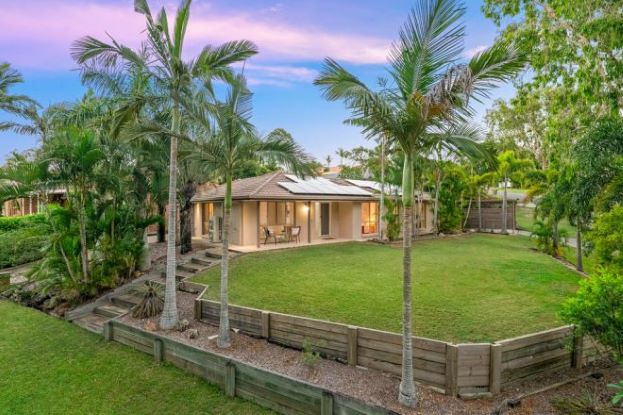 “It has been crazy. I sold also two other homes prior to auction in Sinnamon Park and on top of that we are seeing a bit more interstate from Sydney and Melbourne.” 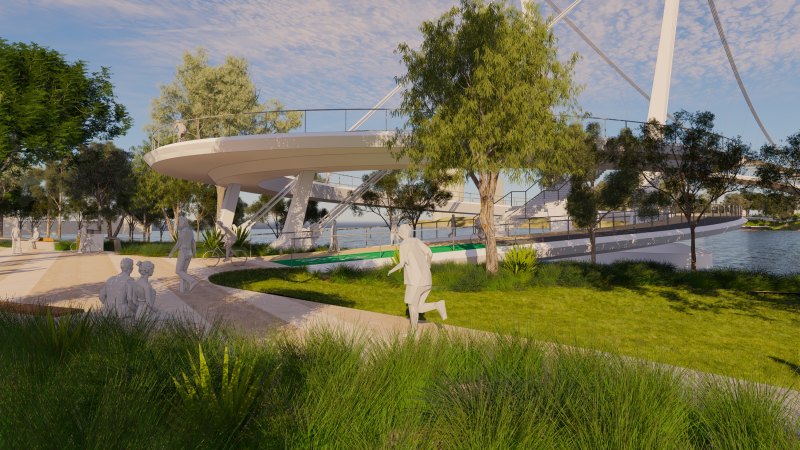 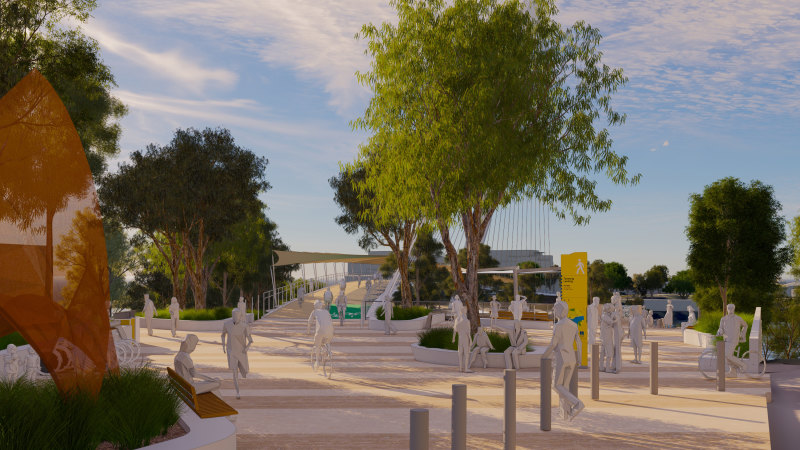 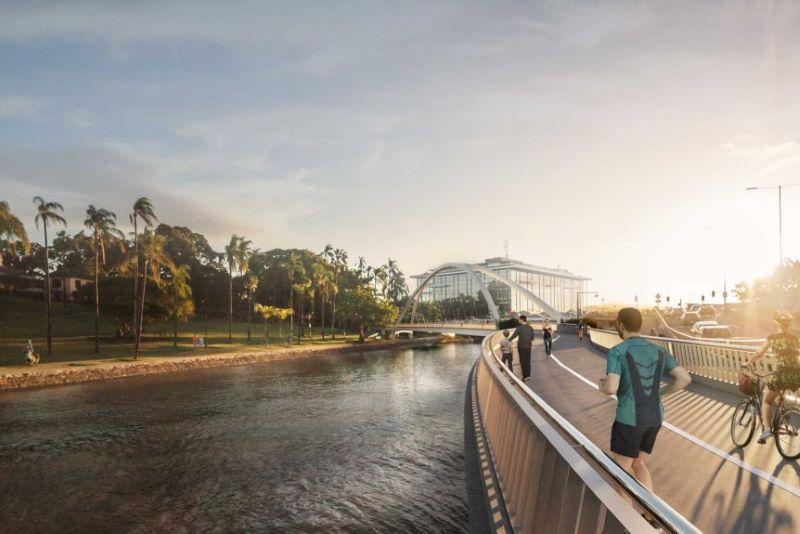 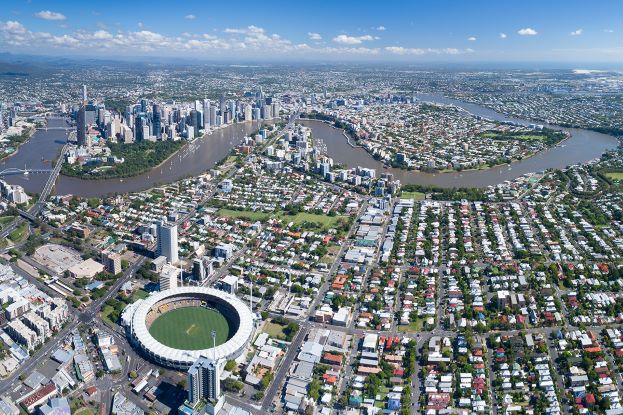 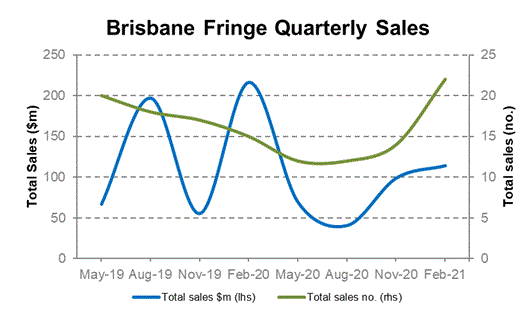 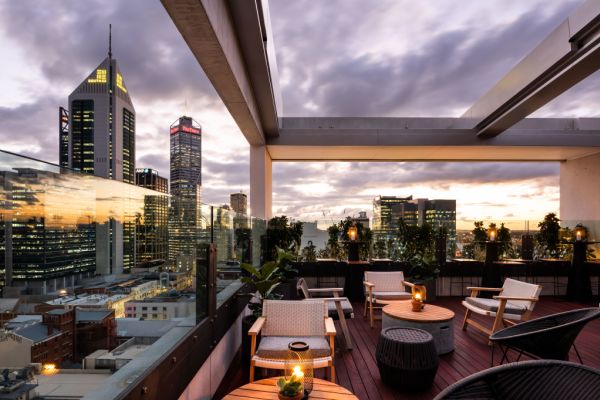