Inner-city stunner New Farm is once again the most expensive suburb in Brisbane, with a median house price of $1,462,500.

New data from Domain shows the top 20 most expensive suburbs based on their median house price. Despite Brisbane’s largely flat property market, there are still select suburbs where buyers are prepared to pay big bucks for the right luxury house.

Family-favourite Auchenflower in Brisbane’s west took the third spot with a median house price of $1.275 million.

Matt Lancashire, principal at Ray White New Farm, says the slight dip comes down to a lack of stock.

“I just think people haven’t sold. People have held,” he said. “Stock is really tight through our area, and people come in and they underestimate it.

“It’s always been the first market to heat up, and the last to cool off. [For] a lot of people, the first market they look at when they come from down south is New Farm, Newmarket, Tennerrife. But what they work out pretty quickly that there’s not a great deal available for sale.”

However, Mr Lancashire is quick to note that this lack of stock speaks to the quality of life in the area, thanks to the countless amenities and close proximity to the CBD.

“Once you move to New Farm, it’s a really hard area to leave,” he said. “You’ve got cafes, restaurants, shops, boutiques, everything that you need and you literally do not need your car.”

One of the other big success stories in this year’s results was western suburb Auchenflower, which jumped from 12th place with a median house price of $1.11 million up to third place at $1.275 million. The result is an 11.4 per cent increase year-on-year, and a staggering 57.4 per cent increase over five years.

This leafy suburb plays host to the Wesley hospital, the historic Milton State School, and a recently constructed park. Place West principal Andrew Degn says it’s this wide variety of amenities that makes the suburb such a tantalising choice for buyers.

“Five or six years ago they finally finished gentrification of the old Milton tennis centre and turned it into a park called Frew Park, which is adjacent to [Milton State School], and the playground, and that goes through to the Rosalie village,” he said.

“Basically within a very short walking distance, and a flat walk, you’ve got all those amenities. Auchenflower’s population has grown because of that. Milton State School has actually grown in size for more accommodation for kids and families.”

Mr Degn said the suburb features many character-protected colonial homes, with an entry-level house going for anywhere between $850,000 to $900,000. Moving up the ladder, the blocks get larger, often larger than those found in inner-city suburbs like Paddington and Red Hill.

The people buying in the area are mostly owner-occupiers and are often attracted to these houses as they represent the opportunity to renovate, add value, and create a safe tax-free investment.

As open-home restrictions begin to lift, a Brisbane agency has reported huge interest from first home buyers clamouring to get onto the property ladder despite COVID-19.

Coronis Agency has reported that it had more than 80 potential buyers attend the first scheduled open home of an Archerfield property.

The three-bedroom, two-bathroom property only hit the market last Thursday and received more than 56 phone and email enquiries within 48 hours.

Director Anthony Hunt said the agency was “absolutely inundated with buyer enquiries within 30 minutes of the property going live, with many buyers asking to schedule a private inspection on the Thursday night or Friday as they were eager to beat the rush on Saturday”.

“In the end, I opened the property up on Friday afternoon and had nine groups of buyers turn up purely from responding to their calls and emails,” he explained.

He added that at the Saturday open home, which was the first advertised inspection, “it took more than an hour to get everyone through the property due to the social distancing restrictions, but on the whole, everyone was really understanding and willing to wait their turn”.

Mr Hunt said the general feedback he received from most parties is that “they want to buy something right now, despite everything going on with COVID-19”.

“Many of them are first home buyers with pre-approval who are looking to get their foot on the property ladder and aren’t fazed about going out in public to attend open homes,” he said.

The director believes that what they’re more concerned about is the lack of properties to choose from and how quickly properties are selling at the moment.

By Saturday afternoon, Mr Hunt said he had received four offers and it was under contract by Saturday night for a price that exceeded the seller’s expectations, “so they’re very happy”.

While 140 Granard Road was “beautifully presented”, the agent expressed the opinion that the main reason it was so popular with buyers was because it offered “great value for money in a suburb only 15km from Brisbane CBD”.

He iterated that buyers are willing to look outside of their desired suburb to purchase the right property.

His message to those who are considering holding off on selling? Don’t wait.

“In the past week, the Coronis sales team has received more than 1,000 buyer enquiries, and from that, 550-plus groups attended an open home on the weekend, so there is no doubt about it — buyers have a strong appetite to purchase now, they just need more options to choose from,” he concluded.

The project involves the $175 million connection and refurbishment of the former Health and Forestry Buildings located at 155 Charlotte Street and 150 Mary Street—acquired in 2017 for $66 million—into a cross-block hub comprising a commercial tower, with a public laneway connecting both streets.

Rather than using the conventional method of joining the existing 20-storey buildings by a skybridge, the buildings have been merged from top to bottom using a base podium and exterior, to provide large campus-style 2,500sq m floor plates.

The infill is locked in by a new level 20 slab supporting an additional six levels above, to form the single 26-storey tower currently being constructed by Hutchinson Builders—who, like other “essential services” have continued work while adapting to Covid-19 social distancing measures.

“Through good design, we have given new life to the buildings in a somewhat unconventional but highly innovative and technically considered manner.

“We’re leading the way for more environmentally-friendly adaptive reuse while meeting commercial objectives in creating large floorplates that would otherwise be unattainable in this CBD location,” Curzon said.

Compared with a demolish and rebuild scenario, Midtown Centre’s infill achieves a claimed 231 per cent cumulative impact reduction across all environmental indicators, including a 37 per cent carbon dioxide reduction compared to a new build.

Curzon said that although the successful merging of the structures in the Midtown development rests partly on the fact that the two buildings’ original designs mirror each other, the technique was transferable.

“The infill has afforded significant environmental savings, adding to the viability of this technique and its potential to be implemented across other buildings that sit side-by-side.”

“Despite nothing of this scale or nature taking place in Australia previously, we have found a way to add value to the site through a cutting-edge architectural process that is exemplar for Brisbane and beyond.

“Our work at Midtown Centre is focused on bringing the buildings in line with today’s needs, increasing net lettable area and producing environmental sustainability through the design of commercial assets,” Mills said.

Even before coronavirus created the new normal of social distancing, which in turn is set to have transformative impact on office design—Ashe Morgan chairman Michael Moss predicted the “customised office solution” prescribed for Rio Tinto would “create a benchmark for workplaces of the future”.

The centre features a level 20 “sky garden”, landscaped garden terrace atop the podium and “green seam” encasing the tower along with landscaped areas across the development totalling in excess of 3,000sq m.

With the Midtown centre slated for completion in mid-2020, the next phase of construction involves the addition of six levels to create a single tower from the new level 20 slab. 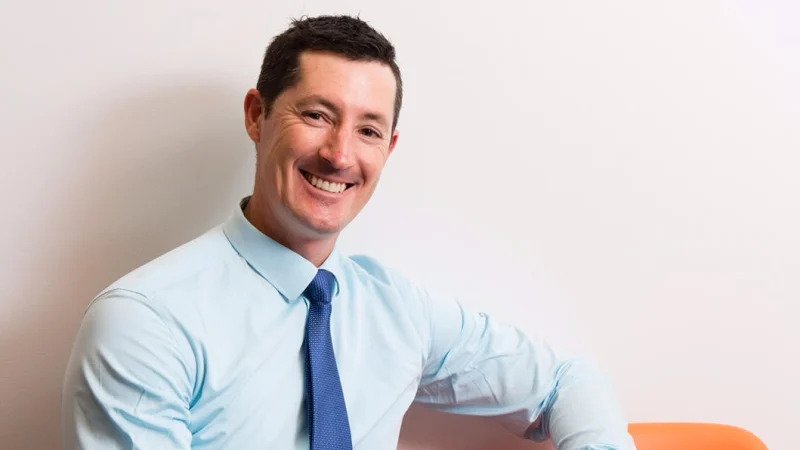 Property prices don’t necessarily always fall during recessions but this time you would have to think that prices will tumble significantly, given the speed and depth of the COVID-19 economic shock.

Simon Pressley, managing director of Propertyology, says the problems in the property markets will be temporary.

Even those sober economists at the big banks are forecasting price falls of up to 32 per cent over the next couple of years – though the banks’ “base” cases, or most likely scenarios, are for price declines in the order of 10 per cent.

A lot of homeowners are ahead on their mortgage repayments and have a nice buffer in case they have to drop their payments to the required minimum, and history shows most people can hold on without becoming forced sellers.

That’s also likely to be the case this time, given the level of government support through JobKeeper and JobSeeker and lenders’ granting of repayment deferrals to their home loan customers affected by the financial fallout of the pandemic.

However, the situation is trickier for property investor landlords.

Rental vacancy rates in Sydney’s CBD hit more than 13.8 per cent during April – the highest ever recorded by property researcher SQM Research.

Vacancies at Melbourne’s Southbank are similarly at 13 per cent, and in the CBD it is 7.6 per cent.

So far, the vacancy rates in the suburbs of our two largest cities have risen only slightly, with the elevated rates contained to inner-city areas.

Still, the relatively low suburban vacancy rates may be understating the true weakness in rental market, given many tenants have negotiated rent discounts or deferrals with their landlords.

It is the number of people out of work, fewer international students and loss of immigration that’s driving the surge, particularly in areas with many higher-density developments.

Overseas travel bans have also led to demand for short-term accommodation through sites such as Airbnb drying up, leading property owners to list their housing for long-term leasing. That’s pushing vacancy rates in holiday hotspots higher, though that will change once interstate travel resumes.

Simon Pressley, managing director and head of market research at buyer’s agency Propertyology, says many landlords with investment properties in inner-city areas are finding it tough.

And those who bought investment properties recently risk being in negative equity if prices fall significantly, where they owe more on the property than what it is now worth, he says.

However, Pressley cautions against punching out doom and gloom predictions on a negative trend.

“I’m in the minority, but I’m not seeing double-digit price falls,” he says.

“It is a dreadful thing for some landlords but we are talking about specific pockets. It is not going to be like this forever.”

The coronavirus has at least ensured that interest rates and, therefore, borrowing costs, will stay low for years to come.

Time will tell, but the almost 2 million Australians with at least one investment property will be hoping Pressley’s optimism proves correct.