Mirvac was selected from a shortlist of three contenders to partner with the club on the significant urban regeneration of the community hub.

Located in the blue-chip suburb of Ascot, just six kilometres from the Brisbane CBD, the 54,000 sqm precinct (concept image pictured) will be built alongside the racecourse and forms part of the Eagle Farm Master Plan.

Mirvac has entered into a Project Delivery Agreement with the Brisbane Racing Club to deliver the $850 million residential precinct.

The redevelopment will celebrate Eagle Farm’s rich history in thoroughbred racing, while enhancing its position as Brisbane’s newest destination for food, retail and lush public parkland.

Mirvac’s Head of Residential, John Carfi, said the company was thrilled to have been selected to help Brisbane Racing Club deliver its unique vision in one of Brisbane’s most renowned suburbs.

“This project will not only celebrate the Club’s 150-year racing association, it will also assure Ascot’s future through the sensitive integration of a world-class residential and commercial precinct,” he said.

“The ambitious master plan will seamlessly integrate both the past and future into a vibrant new destination that will be loved by locals and visitors alike.

“Mirvac will draw on its 43 years of industry expertise and enviable track record in residential and commercial development to create a precinct that will benefit Brisbane residents for generations to come.”

Brisbane Racing Club Chairman Neville Bell said he was delighted to officially announce Mirvac as the club’s partner and was confident the developer would faithfully deliver the master plan vision.

“Mirvac has committed to ensuring the precinct retains its role as the epicentre of thoroughbred racing while simultaneously bringing new life into the area, which aligns with our objectives for the future of the suburb and its surrounds,” he said.

“We were impressed with the quality and creativity demonstrated by the Mirvac team throughout the tender process and we are pleased to welcome them to this exciting venture.”
Source: theurbandeveloper.com 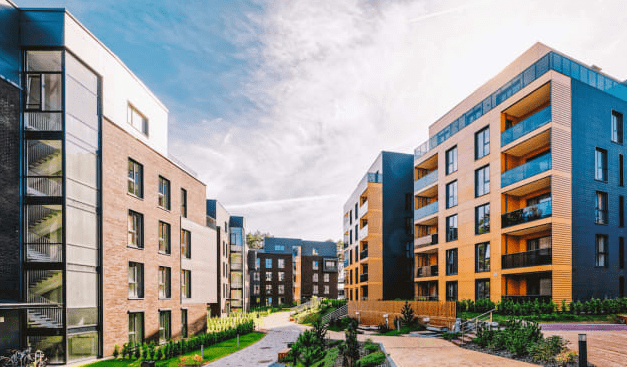 The national housing market is starting to show signs of a peak, according to the SQM Housing Boom and Bust Report 2022.

But 2022 should see a turnaround in the unit rental markets and unit price growth could outperform that of houses.

“With houses being overvalued, apartments are relatively affordable and are expected to be in greater demand from an expected rise in net migration from interstate and overseas with Australia’s border now open,” Louis Christopher, managing director of SQM Research said.

“As 2021 draws to a close, the national housing market is starting to show signs of a peak.

“Auction clearance rates have fallen from their highs amid record listings.

“However, we may also be recording some seasonality and pent-up selling after vendors held off listings during the lockdown.

“Nevertheless, we expect the market to peak in 2022, with further expected intervention by APRA, which could come as early as next month, halting the price momentum.”

SQM Research’s base case forecast is for property prices to rapidly slow from the current annual 20%-plus growth rates.

The research house expects a slower rate of price rises over the first quarter of 2022, followed by price falls as early as mid-2022.

The price falls will be led by Sydney and Melbourne houses, given a significant overvaluation.

“These cities are the most are sensitive to even minor intervention by the banking regulator, the Australian Prudential Regulatory Authority (APRA) in home lending,” SQM boss Louis Christopher said.

SQM Research forecasts Brisbane will record the largest dwelling price rises over 2022, with prices predicted to rise between 8% to 14%, with prices supported by expected strong interstate migration flows given relatively good housing affordability compared to Sydney and Melbourne.

“This gain will nevertheless represent a slowdown compared to 2021 increases,” he said.

“If the Australian housing market does not slowdown by mid-2022, APRA will likely keep intervening in home lending until the market does slowdown.

“We cannot afford another year of 20%-plus gains across the national housing market.

“And so, to ensure a soft landing for the market, it is best we see additional intervention sooner rather than later to reign in property valuations.”

The rise and rise of Regional Queensland property markets continue 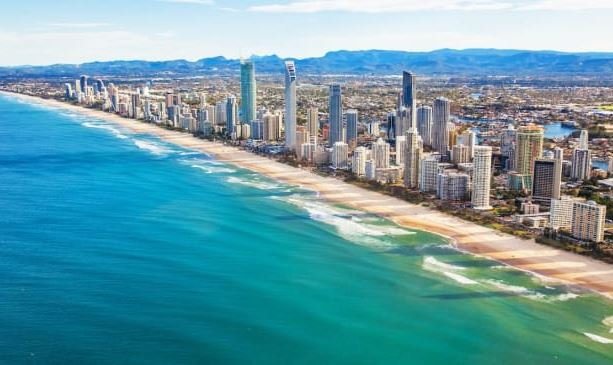 Our research for the upcoming Spring edition of The Price Predictor Index shows that Regional Queensland has set another record, with 171 locations with rising sales activity and 96% of all locations achieving price growth in the past year.

The latest increase in the number of upwardly mobile markets comes despite a further softening in the Sunshine Coast market. The Sunshine Coast Region and Noosa Shire combined still have 19 rising markets, but this compares with 25 three months ago and 37 six months ago. This distinct pattern of a softening market comes after three very strong years in this market, and prices are still rising. 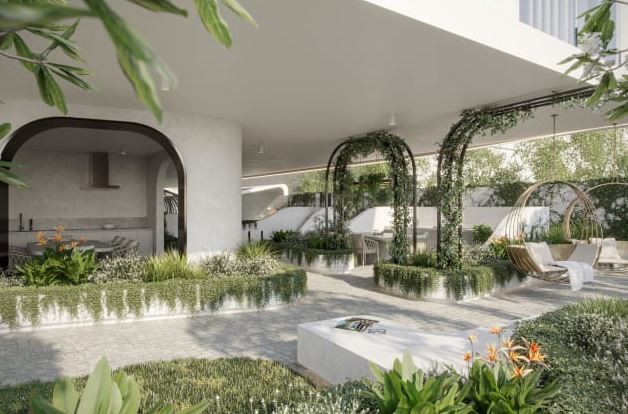 Elsewhere in Regional Queensland, it’s very much a story of growth. The Gold Coast, Cairns, Bundaberg, Gladstone, Mackay, Rockhampton, Toowoomba and Townsville have all increased the number of suburbs with rising sales volumes.

The Gold Coast is the most prolific municipality in the nation: 37 of the 49 Gold Coast City suburbs ranked in this report have rising trajectories with sales activity. This is an incredibly strong market, thriving on the Exodus to Affordable Lifestyle trend and going to another level every time Sydney and Melbourne experience lockdowns. Southport is a particularly prolific market: quarterly sales have been 197 288 382 496 505. 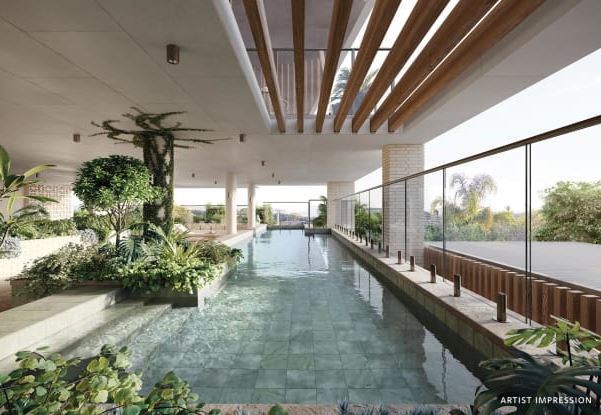 The other standout market is Toowoomba, where 14 of the 17 suburbs ranked in this report are categorised as growth markets. 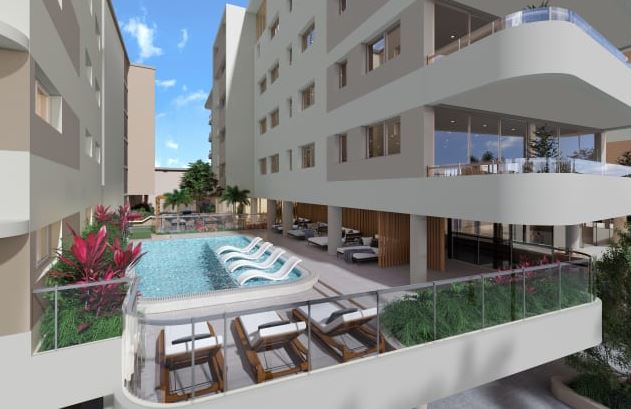 In Central Queensland, nine of the 10 Rockhampton suburbs in this report are rising, while 10 of the 14 Mackay suburbs have increasing sales activity. In Yeppoon, quarterly sales have been 41 73 99 107

Gladstone is continuing its revival after a long slump: 8 out of 12 suburbs now have rising sales activity and there is growing evidence of price recovery.

Bundaberg continues to emerge as a growth city, with 8 out of 11 suburbs delivering rising sales activity.

There is also rising momentum in the Whitsundays market.

PRICES: The Sunshine Coast region is the undoubted star of price growth performance in Regional Queensland, although the Gold Coast is also challenging. 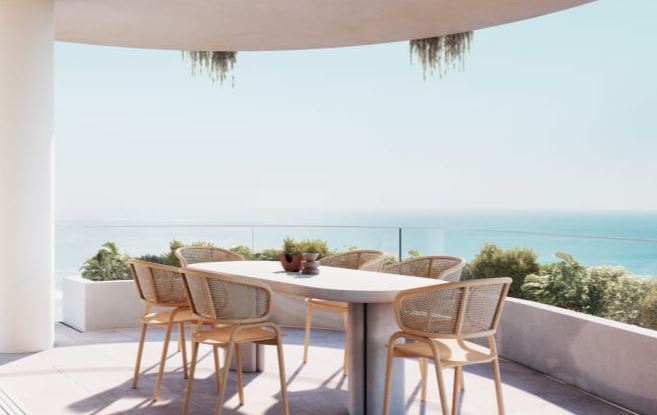 Across the region covered by the Sunshine Coast and Noosa councils, there are 33 suburbs and towns where the median house price has increased by at least 12% in the past year. 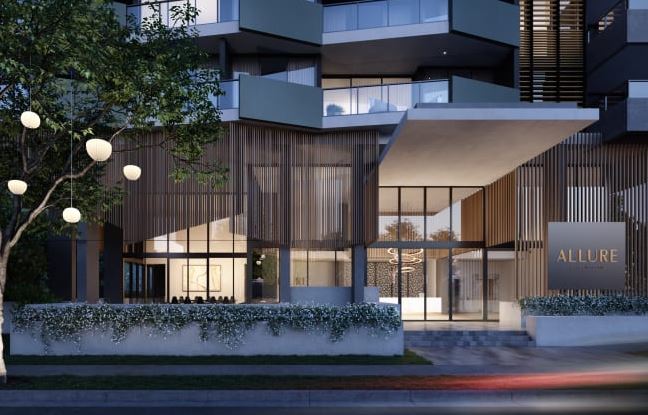 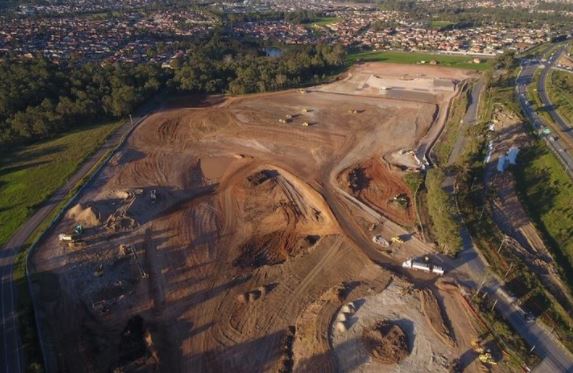 Foreign investment has been a critical enabler of the growth of the Australian property sector into the single most important sector in our nation’s economy, according to ESR Australia, a leading developer and manager of industrial, logistics and commercial property.

The sector currently contributes over $200 billion to GDP per annum, making it approximately 13 per cent of the total economy and employing more than 1.5 million people—more than mining and manufacturing combined.

It is unlikely that the sector could have grown to this scale without the foreign capital flows that have underpinned the funding for many of the significant development projects in Australia, including Barangaroo and the Wynyard Station redevelopment in Sydney as well as Docklands in Melbourne.

According to data from JLL, the amount of foreign capital flowing to the Australian commercial property sector has tripled during the last decade, rising to over $10 billion annually and now accounting for approximately 40 per cent of all commercial real estate transactions. 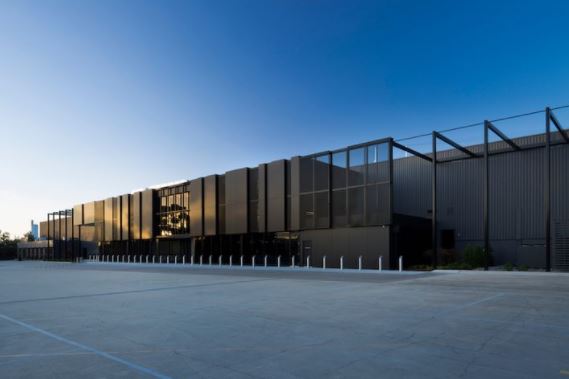 These capital inflows have fuelled competition in the property funds management sector, stimulating innovation and productivity and helping to position Australia as a leading player globally.

Governments at all levels have benefited from the increasing property values and sales volumes, which have filled their coffers with property tax revenues.

The recent $3.8-billion Milestone transaction was illustrative of how foreign capital is fueling the Industrial sector’s emergence as the in-demand asset class, with three of the final four bidders being funded by foreign investors.

Since this landmark deal, yields industry-wide have compressed even further, with prime metropolitan industrial assets now regularly trading at cap rates below 4 per cent, further stimulating activity across various disciplines.

Recently foreign investors have shown heightened interest in participating in development activities. This has in part been driven by the highly competitive market for stabilised property, with development exposures (for example, through develop to hold strategies) being a way for these investors to generate returns sufficient to meet their hurdles.

One of the industrial-focused property funds management groups at the forefront of this shift has been ESR Australia, which raised $1billion for its ESR Australia Development Partnership (EADP) from foreign institutional investors during the 2020 Covid-19 lockdowns.

In the last year, other property funds management groups have also been tapping foreign investors for new funds with development capabilities, including GPT for Quadreal and Stockland for JP Morgan Asset Management.

In light of the positive impact that foreign capital has made on the Australian property sector, it is essential to remember that these sovereign wealth funds, pension funds, and global investment groups have options to invest their capital elsewhere across the Asia Pacific region.

These investors typically choose to invest in Australia over other competing markets such as China, Japan, Korea, and Singapore because of Australia’s strong economic growth, stable legal and policy framework, and open foreign investment policies.

ESR Australia credits its swift and substantial growth in the local market through leveraging long-standing relationships built over time with global institutional investors such as GIC, M&G, Townsend and China Merchants.

As APAC emerges from the pandemic and further opportunities for pent up capital to be unlocked present, other Australian developers will be faced with the onus and opportunity to think bigger in brokering relationships and subsequent deals with foreign partners.