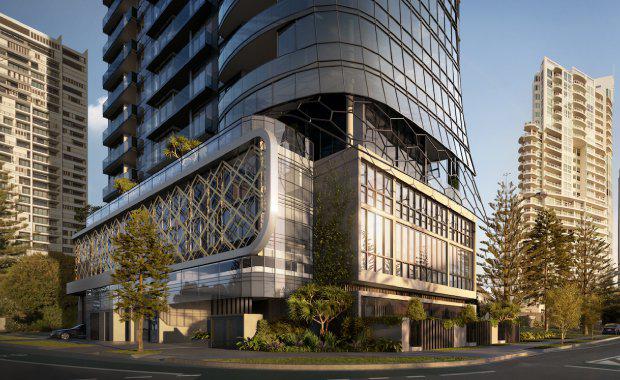 Brisbane-based residential developer Spyre Group will make their debut on the Gold Coast next month with the launch of a $79 million apartment project at Broadbeach.

Located at 185 Old Burleigh Road, the development sits on an 825sq m site which Spyre Group purchased in 2016 for $6.35 million. The Gold Coast Council has approved the 21-storey tower for development.

Ray White’s Daniel Janho, who negotiated the 2016 deal said that Spyre’s development coincided with a major resurgence in activity in the Broadbeach hub — including the redevelopments of The Star casino and Pacific Fair shopping centre.

A number of residential towers are currently under construction, or recently completed, in the Broadbeach area including Little Projects’ recently launched Signature tower, the $115 million “Opus” tower by Morris Property Group and Pryde Group’s $150 million The Beach apartments.

Spyre Group director Andrew Malouf said the proposed tower at Broadbeach has been designed with the owner-occupier in mind.

“As this is our first development for the Gold Coast, we’ve been particularly focused on creating something special [and] we think it will be very well received by the market.” Malouf said.

“There’s been a really tangible change in the dynamics of the Gold Coast market in that time and we believe it will underpin stability over the longer term, particularly in beachfront suburbs,” Laruccia said.

“The net effect of major infrastructure spending in the city has been a really subtle change in the fabric of the Coast and its appeal is now founded on the diversity the city offers from restaurants to retail and leisure activities.

“Baby boomers are driving the lifestyle trend in Brisbane at the moment, with many of them downsizing from homes to apartments. The same is happening on the Gold Coast, driven by increases in the price of homes in sought-after areas close to the water.”

The project will launch to the market on 2 December and construction is expected to start in the second quarter of 2018. 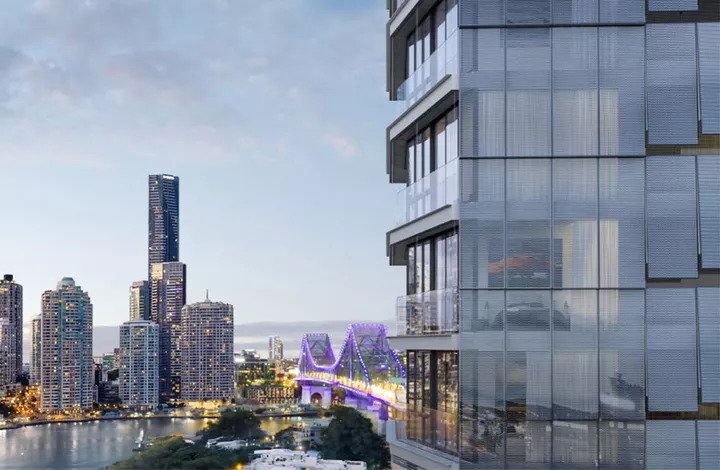 Brisbane’s riverfront revolution is intensifying with the announcement of a riverside residential offering in the inner-city suburb of Kangaroo Point.

Brisbane-based developer JGL Properties has revealed plans for its latest venture, Thornton, a residential tower located at 11 Thornton Street which is set to sit on the city-side of the suburb’s peninsula.

Named for its location alongside the Thornton ferry terminal, the development will feature 12 full-floor residences designed by local architect Bureau Proberts.

Founder and principal Liam Proberts is no stranger to Kangaroo Point—recently completing the neighbouring residential apartment project, Walan, which was the recipient of the Queensland regional award for Building of the Year 2019.

“In the design of Thornton, we have worked with glass to wrap living spaces in a translucent skin,” Proberts said.

“The form floats above the landscape providing fluidity in shape, opacity to hint at function, and clarity to frame and highlight the breathtaking views.”

The developer and architect have collaborated with some of Brisbane’s most well-known creators—art dealer and patron, Philip Bacon AM, celebrated artist Ralph Wilson and renowned chef and restaurateur Thierry Galichet—to bring their expertise and personal touch to the project.

The landmark development also seeks to add to the public realm, restoring a heritage building on site, to be transformed into a 76sq m cafe.

“Our motivation for Thornton has always been to create an entirely unique living experience for our residents,” JGL Properties managing director John Livingstone said.

“We are fortunate to be situated in a park on the river, providing a front row seat to Brisbane’s rapidly evolving skyline.”

Visit thorntonkp.com.au to sign up for the six-part exclusive short film series and stay tuned to The Urban Developer for exclusive project information.

Chinese-backed developer Poly has secured approval for its first Queensland residential development in the Brisbane suburb of Ascot.

The project marks the developer’s first foray into the Queensland market since arriving in Australia in 2014.

Under managing director Arthur Wang, Poly has built up a pipeline of more than $2 billion tin Australia, with key current commercial projects in Sydney and Melbourne.

Poly Australia, the Shanghai-listed subsidiary of Poly Developments and Holdings, recently invited interest for a stake in its $500 million office development at Sydney’s Circular Quay.

“We are proactively looking for the next opportunity as part of our accelerated growth plans across Australia.”

The global development giant is in the market for more Queensland projects and is scoping out development opportunities.

“[With] a number of public parks, a community garden, an outdoor swimming pool, BBQ, entertainment facilities and mindful pedestrian networks, it provides an open and socially connected environment.”

Construction work on Aurora Ascot is set to commence in mid-2020 with the project slated for a 2022 completion date.

Brisbane-based Silverstone Developments has won approval for the $60 million redevelopment of one of Queensland’s oldest clubs, the Fortitude Valley PCYC.

The developer entered into an agreement with the Queensland government last year to develop a new four-storey PCYC facility and a 12-storey commercial tower on the existing PCYC site at 458 Wickham Street, Fortitude Valley.

Minister for State Development Cameron Dick said the two-stage development would create more than 160 construction jobs and be fully-funded by Silverstone.

“Our government is pleased to be working with Silverstone to deliver a new facility that will extend the services already offered by the club, to the benefit of PCYC Queensland members and Fortitude Valley locals,” Dick said.

Plans for the site, located two kilometres from Brisbane’s CBD, include a café, three floors of car parking, eight floors of office space and a communal rooftop area.

“[We have] a successful track record of producing high-quality, landmark developments, including heritage-building refurbishments in Fortitude Valley and neighbouring inner-city suburbs like Spring Hill and Teneriffe,” Daffy said.

The developer is also speculatively developing an $85 million office tower at 14 Stratton Street, Newstead, which is due to complete in the fourth quarter.

Silverstone acquired the final undeveloped site of Metro Property’s five-tower Newstead Central development, slashing 9-storeys from the original apartment approval slated for the site and submitting plans for a commercial scheme in its place.

“We understood that the major banks would have limited appetite for construction funding without major pre-commitments we targeted the non-bank lenders who operate on different return and risk profiles,” Silverstone development manager Luke O’Dwyer said.

Silverstone will build the new PCYC this year, with the exisiting facility remaining open during construction. The design development of the 12-storey tower will take place during the delivery of the PCYC.