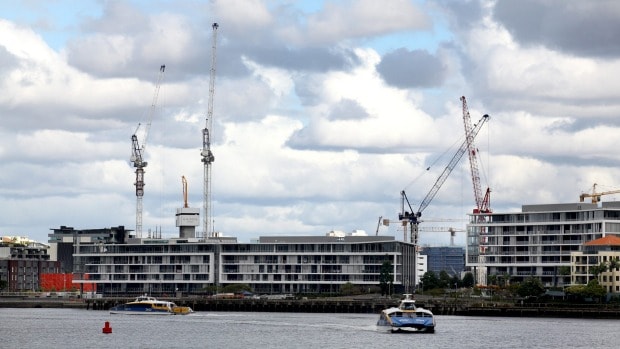 The Property Council of Australia has warned Labor’s election pledge to mandate extra car spaces in new developments would drive up the cost of housing in the Queensland capital.

Labor lord mayoral candidate Rod Harding last week announced his administration, if elected, would stick to a seven-point planning guarantee that would compel developers to strictly adhere to the City Plan.

A central plank of that commitment was to increase on-site car parking requirements for new developments across the city. 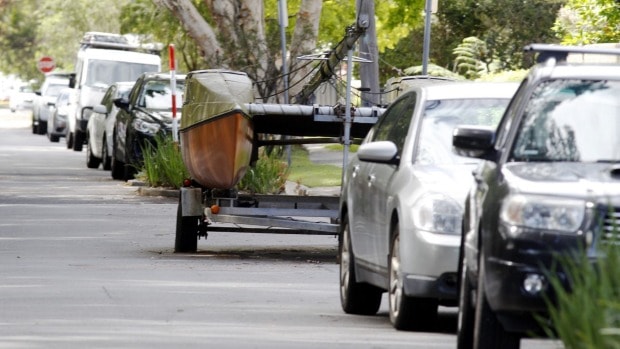 PCA Queensland executive director Chris Mountford said that would have a huge impact on homebuyers’ finances.

“Considering that approximately 19 per cent of all dwellings in Brisbane are apartments, and across all housing types, almost 50 per cent of dwellings have one or less vehicles, it would seem that this plan could force homebuyers to pay for additional parking spaces they will likely never use.

“Where world cities are limiting the number of car parks in residential developments and instead focusing on public transport, this plan proposes to increase our reliance on private vehicle transport thereby further contributing to congestion on our roads. 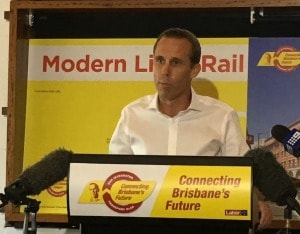 Mr Mountford said the property industry generated about $34.6 billion in economic activity annually, which accounted for about 12 per cent of Brisbane’s gross product.

“With the property industry directly employing 83,859 people in Brisbane – 11.8 per cent of all jobs – Mr Harding needs to be careful that his proposed planning changes are not a risk to local jobs,” he said.

Mr Mountford said the cost of housing in Brisbane remained, on average, half that of Sydney.

“Maintaining Brisbane’s affordability advantage over southern cities is vital in ensuring our city continues to grow and attract knowledge workers from interstate,” he said.

The car parking measures also came under fire from public transport advocate Robert Dow from Rail Back On Track, who described the idea as a “step backwards”.

“That’s obviously going to have an impact on housing affordability, and encourage people to drive versus taking buses and trains,” he said.

“We are calling on Rod Harding to exempt any new development from his proposed car parking change that is within 800 metres of a train station or a BUZ/CityGlider bus stop.

“If people are having issues with cars parking in their street, there are obvious solutions: fix the bus network, issue residential parking permits or charge cars for the privilege to park on the street.”

Mr Harding said he would “make no apology for standing up for residents” and that the parking issue needed to be addressed on Brisbane’s suburban roads.

“One of the biggest issues raised with me by residents, when talking about planning and development, is the increasing problem of parked-out streets,” he said.

“Residents are frustrated to breaking point by that fact that new unit developments right across the suburbs are clogging their streets with parked cars.”

“This integrated plan outlines a comprehensive strategy to fix congestion bottlenecks and get people back on to public transport,” he said.

Mr Mountford said, despite their differences, the Property Council would welcome the opportunity to consult with a Harding administration.

“The Property Council also welcomes Labor’s desire to engage with the community on what the future of our city will look like, and how the community can influence this outcome,” he said.

“At the same time, any consultation with the community must be undertaken at the early stages of the planning process to ensure that there is a clear understanding about when and how development outcomes can be influenced.

“While we understand and respect the right of the community to be involved in the future of their city, we would encourage the Labor Party not to raise expectations that development that occurs in accordance with the City Plan will carry with it the same objection and appeal rights as impact assessable development.” 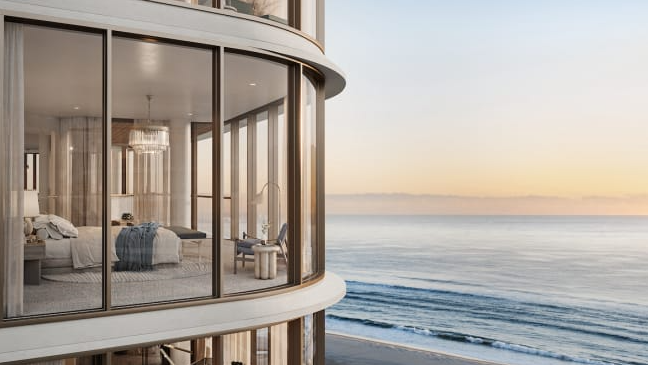 The resident amenity occupies a whole level, and will home an oceanfront pool, a beachfront fitness centre, and a sauna

Cru, led by managing director Chris Bolger, are offering just the 10 apartment across the 13-level tower which has been designed by BDA Architecture. BDA was inspired by the longboards that established the Kirra surfing culture in the 1960s.

The unique site pocket at 2 Musgrave Street allows for a distinct floor plan that is fin like in shape, capturing views from every angle of the property.

Crowning the development will be a two-level penthouse.

“The location is iconic and we have an extensive waiting list of people from the immediate area or those that have holidayed in Kirra or rainbow Bay for years,” Bolger says. 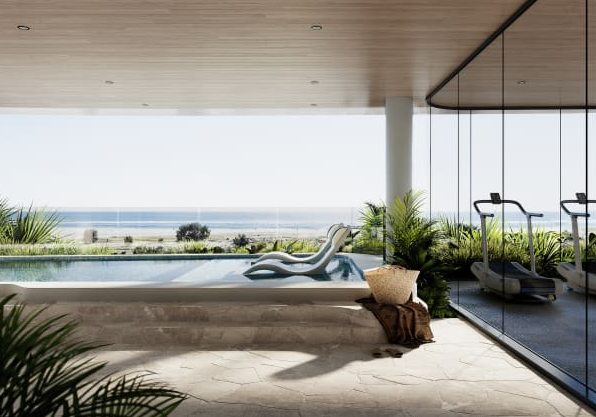 Apartments in Sur, meaning above and beyond, will span 300 sqm apartments will have three ensuited bedrooms, including a huge master wing with walk-in wardrobe, two living areas, a kitchen with butler’s pantry, wine cellar, and a dry bar with built in ice maker.

Each apartment will have their own private foyer, direct from the lift.

Balconies have been oriented to face east, to capture views from Rainbow Bay to Stradbroke Island, with the rear balconies to look back to the hinterland, offering views that will never be built out.

Cru Collective decided to refine the already approved plans, which saw the levels, and in turn apartments, reduced.

“At the heart of Cru Collective’s design approach is the desire to create exceptional living spaces in extraordinary locations that meet the expectation of the sophisticated buyer,” Bolger said.

“By reducing the volume of apartments and raising ceiling heights of the original plans for the Kirra site we will deliver spaciousness and opulence that is typically reserved for high-end standalone houses.

Prices start from $4 million, with the price yet to be established for the penthouse.

The resident amenity occupies a whole level, and will home an oceanfront pool, a beachfront fitness centre, and a sauna.

“Over the past few months since we acquired the site, we have already received an astounding amount of local and national interest in what will be a striking addition to the Kirra beachfront. It’s such a unique and iconic location.”

Cru Collective is launching Sur Kirra Beach with a view to commencing construction in early 2022.

The local Gold Coast-based Cru Collective have a proven track record, selling out Acqua in Palm Beach and Arcadia Rise in Currumbin.

The award-winning developer has more than a decade of experience in residential and commercial property across south-east Queensland, currently delivering a development pipeline totalling $150 million in projects. 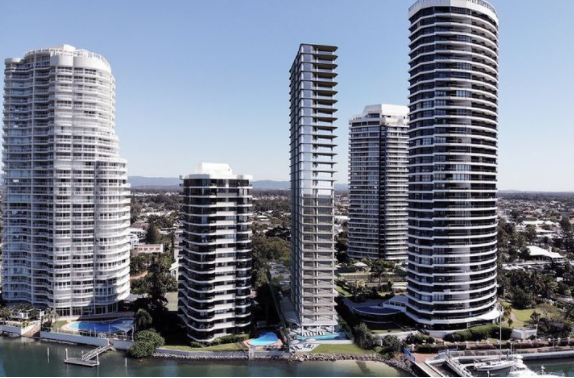 The residential market at Runaway Bay is heating up with plans for a $100-million, 31-storey tower and three villas filed by Monaco Property Group and Polites Property Group.

The joint venture lodged the plans for the slim 3116sq m site that sits between a series of towers on the Broadwater at 13-15 Bayview Street.

The developers are taking advantage of the booming Gold Coast market where unit prices have increased 9.9 per cent in a year, according to Domain.

The group is headed by identical twins Alex and Marcus Polites, the grandsons of the late Adelaide property tycoon Con Polites.

Monaco is headed by Jonathan Grasso and Jay McPhee, who also have connections in the property world.

This includes McPhee Distributions Services and Industrial development with its $1-billion portfolio, and Grasso’s previous projects with Belvue Property Group, which he founded. 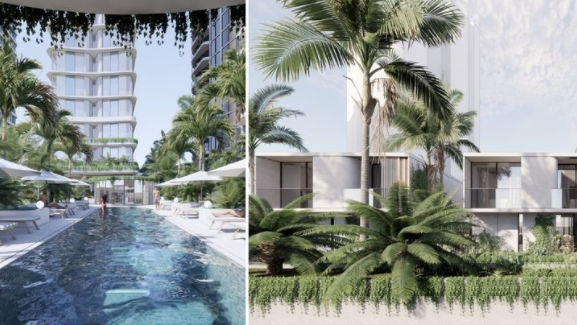 ▲ Renders of the villas and second pool in the development to be known as Belvue at Runaway Bay on the Gold Coast Broadwater.

There are also two swimming pools, a sauna and wellness facilities planned for the site, which is 20m wide and 155m long.

Polites managing director Alex Polites said the suburb was being reinvigorated by new developments and buyers looking for a coastal lifestyle.

“Runaway Bay’s development history dates back to the 1970s and it set the benchmark for residential apartment living on the Gold Coast in the 1980s and 1990s,” he said

“Since then, the Gold Coast has evolved into a sophisticated city envied not just as a holiday destination but for its coastal lifestyle.” 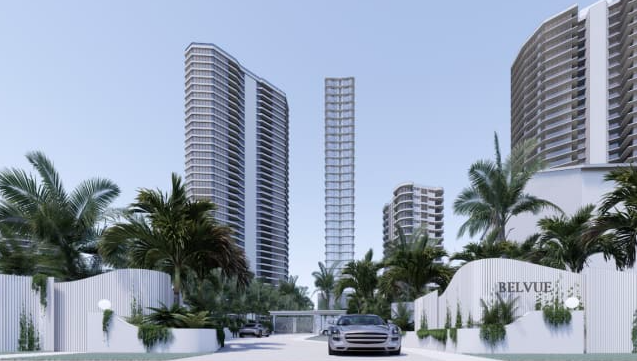 Plus Architecture, who are handling the design, call Belvue “the sophisticated newcomer to Runaway Bay.”

The Gold Coast’s Runaway Bay is set to see its first residential tower to be developed in the idyllic Gold Coast waterfront enclave for almost three decades.

Belvue, French word for beautiful view, is set to be developed in a joint venture between Monaco Property Group and Polites Property Group, who has just lodged a development for the project.

The luxury tower on a 3,116 sqm site at 13-15 Bayview Street, has been designed for the owner-occupier, with just whole floor apartments.

The 31 apartments, which have four bedrooms each (or three and a multi-purpose room), will each take up a level of the 31 storey building, which is reminiscent of a resort-style hotel, without the mass number of rooms.

Plus Architecture, who are handling the design, call Belvue “the sophisticated newcomer to Runaway Bay.”

“It’s an elevated lifestyle with resort-style amenities,” Plus advise in their design statement.

Upon entry to the waterfront site will be three luxury detached villas, each spanning two levels with three bedrooms and a private outdoor terrace area. 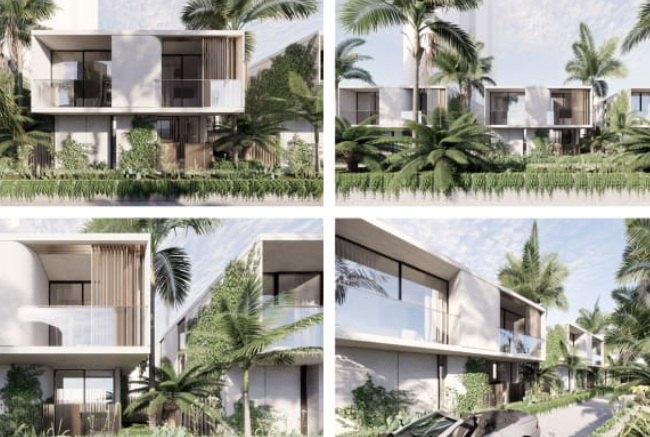 The tower is set at the rear of the block, past the luxury, resort-style swimming pool and landscaping by FORM Landscape Architects.

There will be a gym next to the main pool, as well as a barbecue pavilion, while past the tower is a second pool, overlooking the water. There’s also a sauna and a steam room, as well as poolside cabanas, and a private terrace leading down to the beach.

The tower is targeting the owner-occupier, with each apartment having 246 sqm of internal space, with at least 23 sqm of external area. There are two balconies per apartment, one off the kitchen, living and dining area, the other accessed on the other side of the apartment. 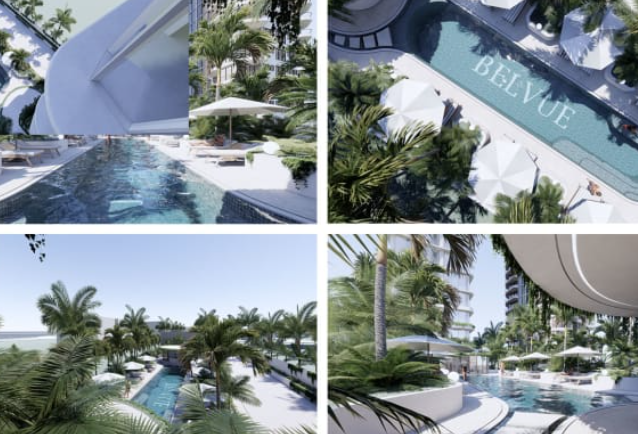 “Runaway Bay’s development history dates back to the 1970s and it set the benchmark for residential apartment living on the Gold Coast in the 1980s and 1990s,” Alex Polites said.

“But since then, the Gold Coast has evolved into a sophisticated city envied not just as a holiday destination but for its coastal lifestyle. Now, finally, the time has come for the reinvigoration of Runaway Bay as one of the Gold Coast’s premier waterfront residential addresses.

“All of the 34 luxury residences in Belvue will offer a new design benchmark and the ultimate in sophisticated coastal living.”

Jonathan Grasso said Belvue had been meticulously designed to capture the most amazing views the Gold Coast and to create a private resort-style atmosphere on one of the Gold Coast’s quietest and most exclusive Broadwater enclaves.

“Our team has spent a lot of time designing and curating what we believe will be a highly unique luxurious residential offering for this pristine part of the Coast,” Grasso added.