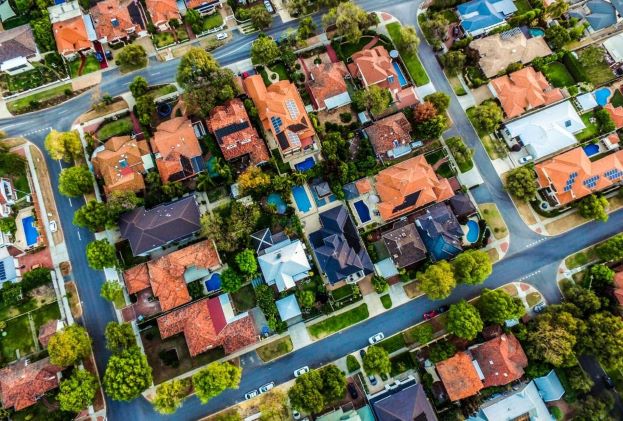 Australia’s biggest bank – the CBA – just upgraded its housing market forecast, joining the long line of economists that have done a 180° about-face.

CBA economists think Australia’s housing market is “on the cusp of a boom”, saying that surging momentum in the property market and leading indicators pointed to strong price rises.

They are forecasting that dwelling prices will rise 8% in 2021 and 6% in 2022, with house prices rising 16% in that time and unit prices by 9%, continuing the disparity in these two segments of our property markets.

Of course not all properties will increase at the average rate – some will outperform the averages while others will languish – but that’s how averages work isn’t it?

CBA’s house price forecasts in underpinned by no change in the cash rate for the next two years, which is likely considering the Reserve Bank stated that they were unlikely to change their interest rate for three years.

The main risks to the bank’s forecast property boom were:

“We do, however, factor in a modest increase in fixed rate mortgages, which will rise if the RBA removes or raises its target yield on the 3 year Australian Government bond, as we expect in the second half of 2021.

At this stage we consider the reintroduction of macro-prudential measures to be a relatively low risk in 2021.

However, if new lending accelerated too quickly, particularly to investors, there is a risk that the Australian Prudential Regulatory Authority (APRA) could reintroduce macro-prudential measures to slow things as they did in 2017.

History shows that prices can rise very quickly when the housing market is on a roll. Indeed it may turn out to be the case that the growth profile for price outcomes over the next two years ends up more front loaded than our current projections.”

It’s a stunning turnaround from the dire predictions made during the pandemic’s early days last year.

At the beginning of the pandemic, CBA economists forecast an 11 per cent fall in house prices over three years under their ‘best case’ pandemic scenario.

But it’s the bank’s worst-case scenario of a prolonged downturn that had factored in the risk of a 30 per cent plus fall in prices, which received a lot of publicity.

Now it’s understandable that in March last year no one really knew what was ahead, and clearly unprecedented government support as well as fiscal and monetary stimulus underpinned our property markets, supported jobs, and allowed us to have a short sharp recession with a quick rebound.

The bank’s head of Australian economics, Gareth Aird admitted had that this turnaround had taken many in the industry by surprise saying:

“The negative impact that COVID-19 had on Australian property prices turned out to be much more muted than almost any forecaster expected, us included,” he wrote.

“We were earlier than most, however, to recognise this and revised our call in September 2020 to look for a smaller peak-to-trough fall and a decent lift in prices over 2021.

“In many respects, it’s a simple story.

Dwelling prices are rising briskly in most capital cities.

And turnover is up significantly on year ago levels.

The boom is being driven by record low mortgage rates coupled with a V‑shaped recovery in the labour market.

Borrowing rates, which are the single biggest driver of prices in the short run, remain below the rental yield in most markets across Australia.

This is an unusual situation and means that property markets across the country need to find an equilibrium.

For the bulk of Australia, equilibrium will be achieved via further dwelling price rises.” 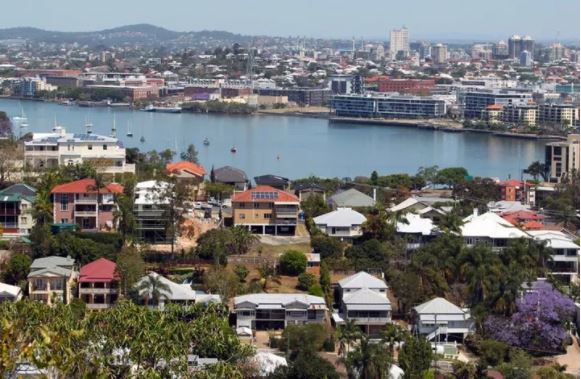 Brisbane housing market insights for February reveals increased demand for houses has been underpinned by increasing consumer sentiment and a surge in interstate migration.

So, what were the highlights across Brisbane’s property market throughout January 2021?

What’s different about this property boom? 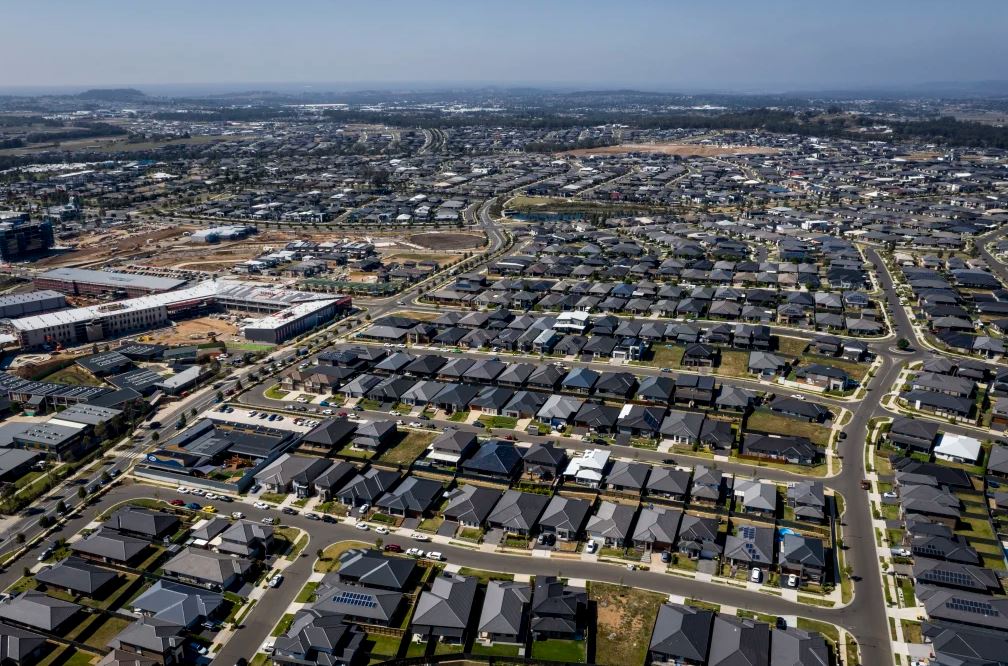 If not for the backdrop of a global pandemic, you could be forgiven for feeling a sense of déjà vu as the property market shows all the signs of launching into yet another boom.

Auction clearance rates are at near-record highs, bankers are rubbing their hands together as lending takes off and many economists are predicting double-digit percentage gains in house prices over the next two years.

Latest quarterly figures from CoreLogic, when annualised, imply the national property market is growing at 11.2 per cent a year.

However, there are some big differences between the latest price upswing and previous booms in Australian bricks and mortar.

A glaring distinction is the market is overwhelmingly being driven by owner-occupier homebuyers, rather than investors, who turbo-charged the property surge of the past decade.

CoreLogic’s Tim Lawless says at the peak in 2015, property investors made up about 46 per cent of all new mortgage lending. Today, investors account for just 23 per cent.

Lawless says possible reasons could be banks’ tighter credit polices around interest-only lending, and softer conditions in the apartment market that many investors favour.

“I wouldn’t say we’ve seen [investors] come back into the market yet, but conditions are looking like that’s a possibility, I think,” King said.

Another unusual feature of the latest property boom is that it is occurring amidst the slowest population growth since the First World War – something that you might expect to detract from housing demand. 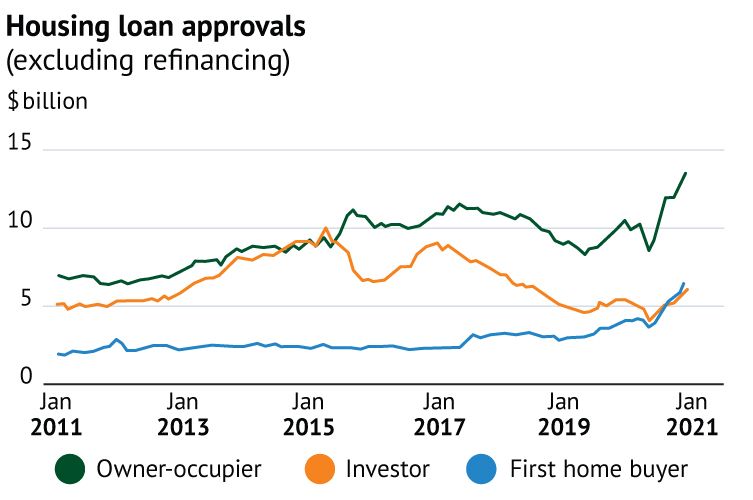 What’s more, Mortgage Choice chief executive Susan Mitchell points out that the uncertainty of COVID-19 is likely to continue to hang over the market for months, as emergency financial assistance from banks and the federal government is withdrawn.

The mortgage broker’s half-year result also underlined another peculiarity of these times: while new loan growth is strong, there are also many customers repaying outstanding debt at a cracking pace.

So, if the property market is not being fuelled by investors or population growth, and coronavirus uncertainty lingers, what is driving prices higher?

All the evidence points to an owner-occupier bonanza. Australian Bureau of Statistics figures show new loan approvals to owner-occupiers surged 39 per cent in the year to December, while loan approvals for first-home buyers leapt by 61 per cent, boosted by government grants.

The surge is also a response to rock-bottom mortgage interest rates; when combined with a low supply of homes for sale, the result is strong price growth.

There is also a self-fulfilling dynamic at play in which people tend to jump into the market when they see prices going up, thereby drawing in more buyers. The phenomenon, known as “fear of missing out,” or FOMO, could further exacerbate price growth.

Experts say the unusual conditions suggest there is a divergent ongoing outlook for property – as opposed to yet another long-running boom.

Lawless is tipping national house price gains of 7-10 per cent but expects Sydney and Melbourne prices would be tempered to a degree by limits of affordability and their greater exposure to overseas immigration.

“I don’t think the market is fragile or is going to go backwards, but it’s hard to see housing values rising as quickly into next year,” Lawless says.

If FOMO catches fire and the boom starts to accelerate, the Reserve Bank of Australia (RBA) has made it clear that regulators would likely step in dampen the market. But for now, this looks unlikely.

RBA governor Philip Lowe this month said his main concern was “risky” lending from banks, not changes in house prices, but so far there had been few signs of a deterioration in lending standards.

Westpac Forecasts 20 per cent gains in the housing market over the next two years.

In a report released Monday, the banking institution’s chief economist Bill Evans said he was expecting dwelling prices to rise 10 per cent nationally in 2021, and said the pace would continue into 2022, off the back of strong economic growth.

“The upturn is being supported by record low interest rates; the confident expectation among borrowers that these rates will remain low for years to come; ample credit supply; and an improving economic backdrop, as the roll-out of vaccines promises to bring the pandemic to an end and drives a sustained lift in confidence,” Evans said.

“The bottom line is that Australia’s housing upturn now has strong momentum that looks to be lifting further and will remain well supported by monetary conditions and an improving economic backdrop.”

Dwelling approvals surged 22 per cent in the final quarter of 2020, and new lending for dwellings lifted by 16 per cent in the December quarter, which Evans says demonstrates a robust and confident housing market.

“Most tellingly, buyer demand has run well ahead of ‘on market’ supply, with sales outstripping new listings by 34 per cent over the last six months and ‘stock on market’ down to just 2.5 months of sales—[where] the long run average is 3.8,” he said.

“A lift in new listings will no doubt be forthcoming but for now this is clearly a seller’s market.” 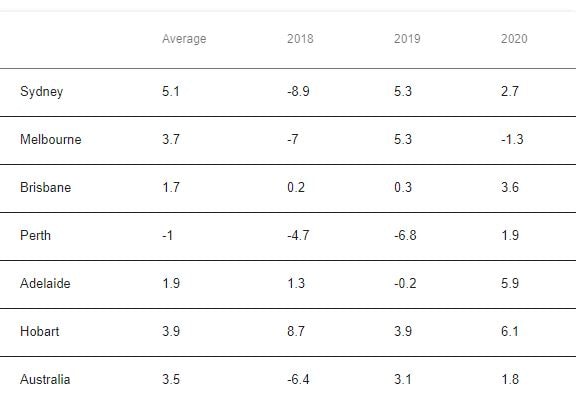 Unsurprisingly it was the smaller capital cities and regional towns that were most likely to capitalise on these forecast dwelling price increases.

There was still concerns about lingering areas of weakness, specifically the Sydney and Melbourne high rise markets, but according to the Westpac Housing Pulse report they look to be a minor drag on the broader market surge.

Evans said it was the regions that had been largely unaffected by virus disruptions and benefitted from related shifts in internal migration flows that would see the biggest boost in property prices.

Evans said they were also predicting good news for the labour market.

“We now expect the upswing to generate stronger, double-digit, price growth near term while our expectation, back in September last year, remains that a policy response can be expected later in 2022 which will settle markets into 2023.”