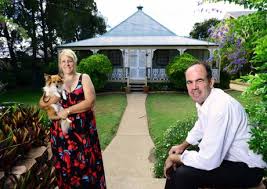 Ipswich has many old homes filled with history, and one of the oldest will be auctioned later this month.

for one of the city’s founding members Samuel Shillito.

The late Victorian homestead, like many original homes which share the street, is steeped in history and identified in 1992 as a place of heritage significance by Ipswich City Council.

Owners Gayle and Daryl Ferguson have worked to preserve to three-bedroom dwelling’s heritage, raising their six children in the home.

Mrs Ferguson is led to believe the home was one of the first six homes built in Ipswich.

The property is bordered by the “12 Apostles” – 12 Bribie Island Cypress trees protected under conservation, which have stood as a landmark on Chermside Rd for more than a century.

“We are told this is the second oldest home in Newtown,” Mrs Ferguson said.

“The home was built between 1873 and 1879. The exact date was written on one of the stumps, but we have never found it.”

It has been an ongoing investigation for the Ferguson family who have endeavoured to unearth more history about their home of 12 years.

The National Trust cited in the Ipswich Heritage Study of 1991 that 70 Chermside Rd “is possibly from the 1860s to 1870s” and noted the home’s unique “independent vaulted ceilings” in each room as significant. The veranda was remodelled in the 1930s and filled in at the rear to move the original kitchen from its former location underneath the home.

While low set to the front, Shillito House is deceivingly spread across two levels, which is considered rare for a home of this era.

The original fireplace climbs over two levels – with one in the original kitchen below and another the centrepiece of the formal sitting room.

The former kitchen has been retained by the Fergusons and is currently used as another bedroom in a flat built in underneath.

Samuel Shillito arrived in Ipswich from the Moreton Bay region in 1866. He was the founder of Shillito and Sons Engineering, a prominent foundry on Limestone St where Coles supermarket stands today.

Letters from his grand daughters Mari Johns and Olwen Kingsford, who were born at the home, reveal the house was built for Shillito and his wife Jane Morris in 1873. They claim the original shingle roof remains in tact under the present Colorbond, steep traverse hipped, roof.

Shillito’s efforts were mainly blacksmithing, the making of agricultural implements, and general engineering work. After 10 years in a Nicholas St factory, he bought the property on the corner of East and Limestone Sts.

History recorded by Ipswich City Council revealed it was here Shillito laid the foundation of the extensive engineering and foundry works, building Queensland’s first railway goods wagons before the railway workshops opened in 1903.

The original cast iron lace work on the verandas of Shillito House, and the house next door at number 72 which was built for Shillito’s son William, were made at his foundry.

Shillito was heralded in The Queensland Times for patenting the country’s first mangle – a mechanical laundry aid to wring water from wet laundry – for Ipswich Hospital in 1871.

“I hope someone from the community might know more about the house and its architectural history,” Mrs Ferguson said.

Shillito House will go to auction on March 28.

The State Government has been called upon to open a shared 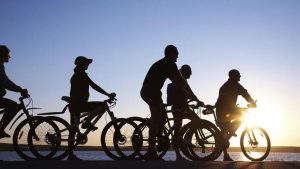 pedestrian and cycle path to make-up for the major signalling delays on the new Moreton Bay Rail Line.

“We are hoping they will open the shared pathway so the people can … use something that should already be open,” Mango Hill Progress Assoc President Laurence Christie said.
“It would go some way to relieving the disappointment,” he said.
A spokeswoman for Transport Minister Stirling Hinchliffe said: “The minister has ­requested the Department of Transport and Main Roads investigate opportunities to open the bikeway in advance of the rail line opening.”
Residents in Mango Hill, and North Lakes said they wanted to use the pathway to cycle to Petrie Station and to access the schools on the line. 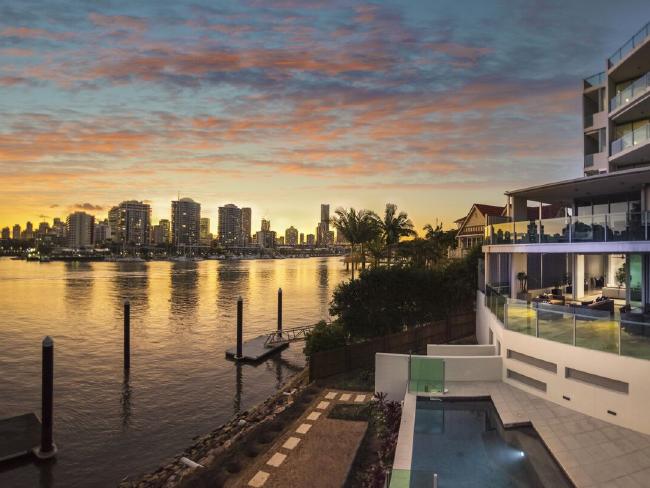 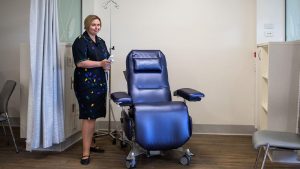 The Icon Integrated Cancer Centre combines a 15-chair day hospital, two radiation therapy units and an on-site pharmacy.
The doors were opened to the centre at North Lakes, between Brisbane’s CBD and the Sunshine Coast, yesterday.
All treatments, including haematological, chemotherapy, radiation or a combination, are delivered on the site.
Icon Group chief executive Mark Middleton said the centre had the capacity to deliver treatments to 15,000 patients per year.
“From the start, the patient and their needs are first,” he said.
“The integrated centre approach means we are working as one team, supporting the patient and the result is a comprehensive service delivered by familiar faces who understand the individual needs of their patients.”
North Lakes is the first of three integrated centres operated by the Icon Group, a private specialised cancer care organisation.
The group plans to open another in Melbourne in mid-June 2017 and a third in Canberra, expected to open in late 2017. 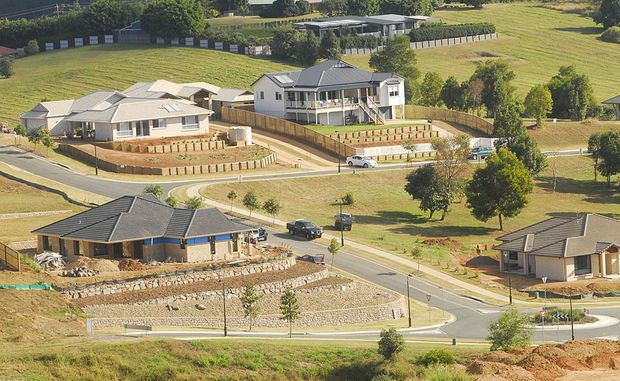 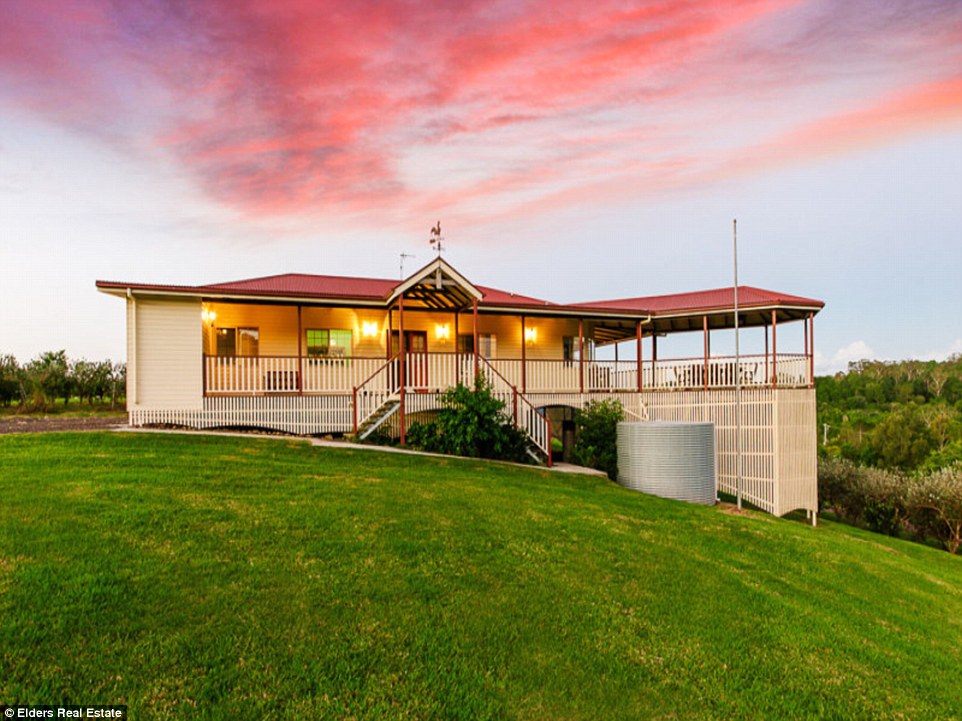 NORTH Lakes/Mango Hill Police Station has its first ­female police officer leading the station, since it opened in 2009.
Senior Sergeant Kate Pausina joined the North Lakes crew last week as acting officer-in-charge after an ­impressive resume in the blue uniform.
Since she was sworn in to the service in 1999, Sen-Sgt Pausina has spent time in juvenile justice, child sex ­offences, Coroner’s Office, intelligence and strategy, road safety and, most recently, acting officer-in-charge at Albany Creek Police Station.
“I always wanted to join the police, but my mum wouldn’t let me,” Sen-Sgt said. “So, instead, I studied nursing and was a registered nurse for four years before I decided to do what I really wanted to.”
Sen-Sgt Pausina said her mum was unhappy at first but had since become her biggest ­supporter, along with her police officer husband and their two children.

Sen-Sgt Pausina last year completed her Masters of ­Suicidology – the prevention of suicide.

“That is something I am ­really passionate about,” she said.

“In the Coroner’s ­Office, you see the number of suicides is three times the number of road fatalities. And it is a preventable death.”

Sen-Sgt Pausina said she fondly remembered her first stint at the Pine ­Rivers Police District. She was based at ­Petrie from 2000 to 2003, and ­visited Mango Hill. “Mango Hill was just that – bushland and mango trees,” she said.
“There is a lot coming up in this area – major ­shopping developments, major infrastructure like the rail and, with that, a lot more people visiting the area.”