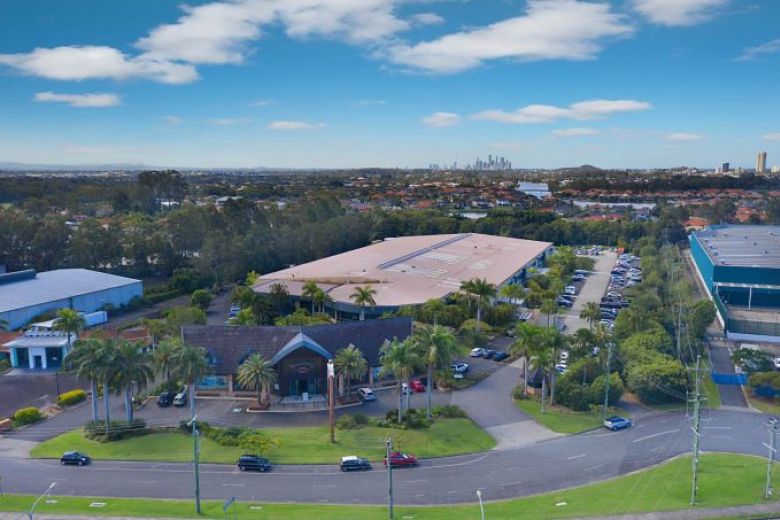 SINGAPORE – AIMS Apac Reit (AA Reit) is expanding its footprint in Australia with a A$38.46 million (S$36.92 million) acquisition of a freehold industrial facility in Gold Coast, its manager announced on Wednesday morning (May 15) before the market opened.

In a press statement, its manager noted that AA Reit has entered into a sales and purchase contract with GSM Rocket Australia to purchase Boardriders Apac HQ, located in the suburb of Burleigh Heads, Queensland.

The deal amount was arrived after considering an independent valuation by CBRE Valuations Pty Ltd, which valued the property at A$38.46 million.

After including stamp duty payable and other transaction costs, the total estimated cost of the acquisition is about A$41.5 million. This is expected to be funded mainly from Australian dollar debt facilities in order to maintain a natural currency hedge on the acquisition, the Reit manager said.

Assuming that the transaction will be fully funded by debt, AA Reit’s aggregate leverage post-acquisition will increase to 35.5 per cent on a proforma basis, up from 33.7 per cent as at March 31, 2019.

The property will be leased to GSM Operations Pty Ltd for 12 years on a triple net lease basis, which is a lease structure where the master tenant is responsible for outgoings of the property, including repair and maintenance costs, insurance, and taxes, among other things.

Both the vendor, GSM Rocket Australia, and the tenant, GSM Operations Pty Ltd, are subsidiaries of Boardriders Inc, a global actions sports and lifestyle firm that designs and distributes brands including Quiksilver, Billabong and Roxy.

The first year rental from the property is A$3 million, and will increase by 3 per cent per annum, with a rent review at mid-term of the lease, the manager said. Under the contract, the tenant also has an option to renew the lease for another five years.

The development, which sits on a land area of 33,300 square metres (sq m), with a total net lettable area of 14,833 sq m, comprises a warehouse and office facility, as well as a two-storey retail building.

Notable properties in the vicinity include Stockland Burleigh Heads Shopping Centre, and the upcoming Kaufland giant supermarket. The property is also situated about 3 kilometres from Burleigh Heads Beach, and a less than 20-minute drive from Gold Coast Airport.

Koh Wee Lih, chief executive of the Reit manager said: “The proposed acquisition represents an opportunity to further diversify and strengthen our portfolio with a strategic addition that offers a strong tenant profile, and provides income stability to AA Reit. In line with our strategy to build a high-quality, diversified portfolio of assets that creates long-term value for our unitholders, the acquisition will be DPU accretive.

“The outlook for the Gold Coast economy remains positive, as the region is currently experiencing growth across key economic factors including strong population growth, investment into major infrastructure developments and an increase in both domestic and offshore tourism into the region. This investment will enable us to expand AA Reit’s footprint in a market that offers solid long-term growth,” added Mr Koh.

Upon completion of the acquisition, AA Reit will own a total of 27 industrial properties, of which 25 are located throughout Singapore, with one located in Gold Coast, Australia, and a 49 per cent interest in a property located in Macquarie Park, New South Wales, Australia. 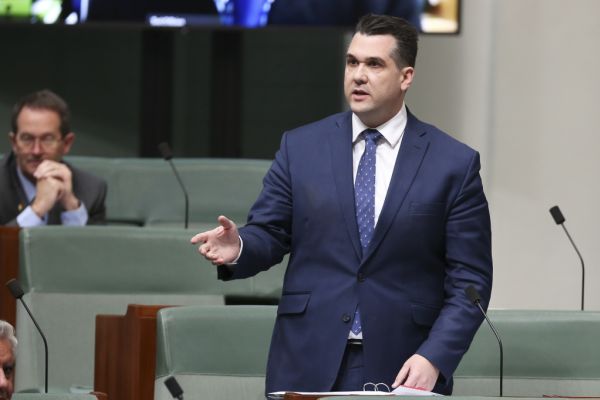 The building industry has welcomed the extension of the federal government’s First Home Loan Deposit Scheme, but experts have warned of the risk of borrowers taking on more debt.

It will enable an extra 10,000 buyers who build new homes to get into the property market with a deposit as low as 5 per cent while avoiding lenders’ mortgage insurance, with the federal government acting as guarantor on the loans.

Price caps for the scheme will be lifted, allowing Sydney buyers to purchase a $950,000 home with a deposit of only $47,500. The previous limit was $700,000 and buyers were not restricted to new builds.

Housing Minister and Assistant Treasurer Michael Sukkar said in a statement on Saturday the program would drive more construction and support jobs as the economy recovers from the COVID-19 pandemic recession.

“The additional grants will not only help first home buyers but also support the jobs of Australia’s tradies at a time when the economy needs it most,” he said.

The pre-Budget push to support construction jobs comes after the industry raised concerns about the limited time frame for another program, HomeBuilder, which is open to buyers who enter into a building contract by December 31 if construction starts within three months.

Purchasers who build a new home worth up to $750,000 or undertake a substantial renovation can get $25,000 grants through the HomeBuilder scheme, which is limited to low- and middle-income earners.

But busy builders said the short time frame was forcing them to turn potential customers away to meet their obligations to current clients, while others in the priciest cities reported strong enquiries but few customers qualifying.

The industry has backed the latest announcement, saying it would support construction jobs.

Izaac Mathieson, general manager of sales and marketing of Queensland-based builder Hallmark Homes, said the extension of the scheme was welcome news.

“That’s a sensible approach given that the HomeBuilder grant runs out at the end of the year,” he said. “It’s great to see an incentive for first-home buyers and new builds into the new year.”

The scheme’s extension will allow first-homeowners in Brisbane and regional Queensland centres to access properties worth up to $650,000 – an increase from $475,000.

Mr Mathieson said any first-home buyer in the market looking for a home above $650,000 “probably doesn’t need the scheme”.

“Coming on the back of HomeBuilder and the removal of responsible lender obligations the Government is clearly focussed on supporting the housing market,” Dr Oliver wrote in a note to clients.

“The risk is that it just drives even more people into lots more debt and a possible eventual oversupply of homes given the hit to immigration.”

“The extension of the scheme will provide welcome stimulus and confidence to the new housing sector, particularly in NSW where the increased price cap will be most beneficial,” he said.

“Buyer confidence is critical to help drive demand and continue to support jobs around the country, and this measure will help restore confidence in the market.”

“The extra 10,000 places for new homes and apartments that the Government has put into this scheme will ensure more first home buyers achieve their goal of owning a home sooner,” he said.

Urban Taskforce chief executive Tom Forrest also welcomed the news, noting it would include the purchase of new apartments, but called on the federal government to apply a similar approach to the HomeBuilder grants.

“The HomeBuilder scheme remains difficult for new apartment purchasers,” he said. “The timeframes for the completion of construction simply don’t work for most projects. The thresholds effectively exclude most new properties in Sydney.”

The peak body for real estate agents called for the extension to be applied to buyers of established housing too.

“It would have been far better to not limit the additional places to new builds in terms of the economic impacts and first home buyer preferences,” Real Estate Institute of Australia president Adrian Kelly said, adding most first-home buyers choose established dwellings and some undertake renovations.

Minister Sukkar noted some buyers may be able to take advantage of the expanded low-deposit scheme, the HomeBuilder grant and state or territory incentives.

Recent research found the average first-home buyer couple in Sydney would have to save for six years and six months for a 20 per cent deposit on an entry-level house, while Melbourne buyers face six years of saving.

This article is republished from www.domain.com.au under a Creative Commons license. Read the original article 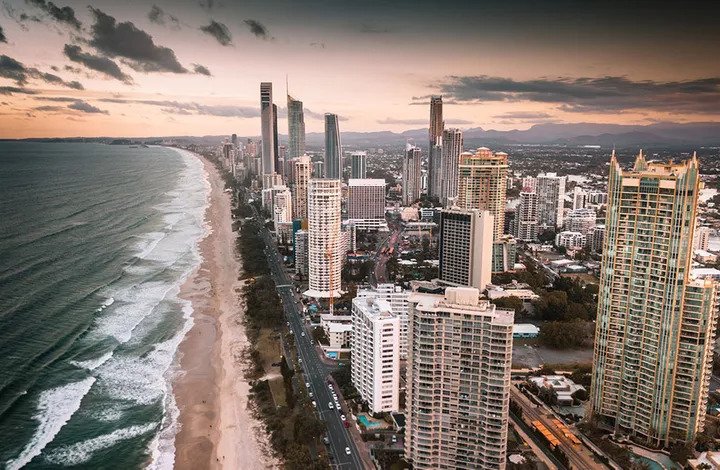 Investment activity in the Gold Coast office market was subdued in 2018 with few assets on offer, although Knight Frank expects the tide to change this year with around $90 million in assets hitting the market in 2019’s first quarter.

The office investment market on the Gold Coast, Australia’s sixth largest city, has traditionally been dominated by private investors and syndicators given the relatively smaller investment scale.

But as confidence builds with a higher level of tenant demand and the depth of the market, Knight Frank’s Mark Witheriff says the region is “likely to appear on the radar for a greater swathe of investors”.

Sustained population growth is forecast to average two per cent per annum over the 25 year period from 2016 to 2041, with the majority of growth to come from both internal and overseas migration attracted to lifestyle and educational opportunities, according to Knight Frank’s Gold Coast office market overview.

While tenant demand in the Gold Coast office market has been dominated by local businesses, Knight Frank’s Tania Moore said there’s a growing core of larger corporates with branch or head offices located in the region.

“With only 37,500sq m of supply added to the Gold Coast market over the past 10 years (9 per cent growth in the stock base) there is a relatively small pool of modern assets which can handle the higher employee densities required for major corporate branch offices, processing centres and call centres.”

The research found supply remains low but pre-committed new construction was beginning such as the recently acquired Acuity Business Park, snapped up by Alceon last month for $7 million from the Gold Coast City Council, which plans to kick off construction.

Knight Frank’s Jennelle Wilson says the supply of new office space across the core Gold Coast precincts stalled during 2018 with only 2,744sq m of refurbished space returning to the market.

“Supply is expected to remain small, sporadic and pre-commitment driven in the medium term.”

Total vacancy for the Gold Coast office market is 11.6 per cent, this after hitting 12 per cent mid last year.

“Despite the vacancy rate on the Gold Coast stalling at double figures, rental growth is well entrenched due to the relatively low number of quality options available, with prime effective rental growth of 5.9 per cent year-on-year recorded,” Wilson said. 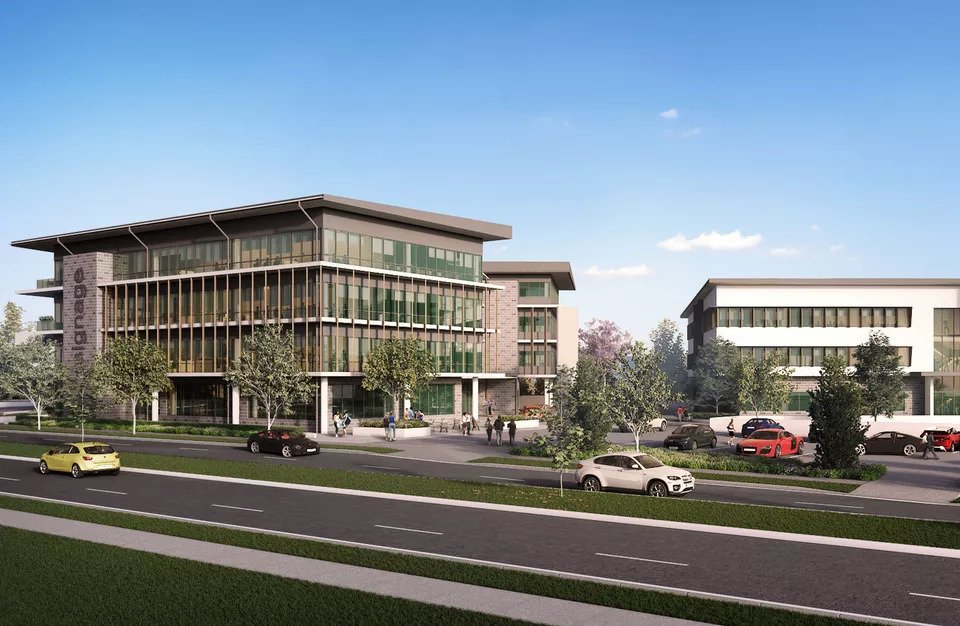 Boutique investment firm Alceon has secured a large parcel of land in Robina for $7 million from the Gold Coast City Council.

The Gold Coast City Council, which intended to use the area for a new regional council office, sold the site to Alceon who now will look to provide 15,000sq m of “quality commercial premises serviced by public transport and public amenity,” Alceon said. “Robina is considered an ideal location for the next commercial Business Park because of its high resident population which is predicted to more than double within the next ten years,” Alceon project director Paul Huston said.

“This is supplemented with low rental vacancy rates reflecting a vibrant growth corridor for corporate occupiers seeking a point of difference for their business and employees.”

CBRE who is handling leasing at the park, said the time was right for grade-A offices on the Gold Coast, justified by Australia’s largest home builder Metricon has committed to 75 per cent of the first of the building at the business park.

Robina’s market vacancy currently sits at 11.6 per cent with CBRE forecasting the figure moving to sub 10 per cent by the end of 2019.

“Vacancy rates have continued to decline through eight of the last nine years across the market with Robina historically leading the way with single figure vacancy,” CBRE director of office leasing Nick Selbie said.

Construction will commence in March with the first building scheduled to be completed by July 2020.

In Victoria, Alceon is currently developing the Novotel St Kilda site with Melbourne developer Gurner and the Shand’s Barana Group into a larger luxury offering yielding up to $550 million.

Plans for the Saint Moritz development include 240 luxury residences spread across the three new buildings, including a 1,000sq m penthouse which was recently sold to ex-Domain boss Antony Catalano for a record breaking $30 million.