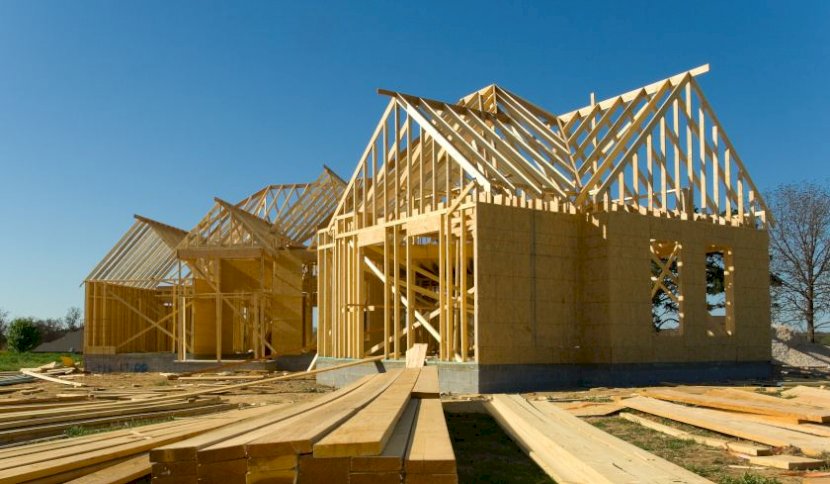 Ten major government projects across five states are tipped to lift the housing market in 25 areas, new analysis has shown.

“While the development of new train stations, shopping centres, schools and road projects are important to their respective communities, the evidence confirms that these projects don’t have any direct impact on the performance of respective property markets,” Mr Pressley noted.

While cities go through a range of specific projects that support the prices of property, genuine property booms are few and far between, according to Mr Pressley.

“From many years of property market studies, we’ve concluded that the property market impact from major project developments is determined by the scale of the economic benefits relative to the size of the community that it relates to,” said Mr Pressley.

For example, a $10 billion infrastructure project within a large capital city may have no direct bearing on that city’s property market performance, whereas investment in a $100 million project in a completely different part of Australia may generate significant momentum for its property market.

Propertyology noted that the government’s new stimulus package, along with record-low interest rates, is creating one of the most exciting times for real estate investors.

“Infrastructure Australia has 147 major projects on its drawing board, plus the various state and local governments collectively have an even bigger list of projects,” Mr Pressley explained.

“Propertyology has scrolled across the country, identified the major projects in respect to their potential influence on property markets, and have ranked Australia’s Top 10 projects.”

Inland Rail Project: A $10 billion 1,700-kilometre rail infrastructure project connecting ports in Melbourne and Brisbane to meet demand for an anticipated 75 percent increase in Australia’s freight over the next decade. The inland route was strategically chosen to more efficiently transport food and general cargo throughout the eastern states and to reduce the volume of trucks on highways. Completion of the project will provide enormous scope for Australia’s vast agricultural precincts to ramp up production as a global giant food supplier. The post-construction economic benefits for regional communities will be substantial and will have a positive influence on property markets in communities such as Seymour, Bendigo, Shepparton, Albury-Wodonga, Wagga Wagga, Griffith, Parkes, Dubbo, Narrabri, Armidale, Goondiwindi, Toowoomba and Beaudesert.

“This project earns Numero Uno ranking from Propertyology, given the considerable scale of economic benefits relative to the population sizes of the regional towns in question,” said Mr Pressley.

GFG Alliance Steelworks: A $600 million development of a new steel mill at Whyalla by British billionaire Sanjeev Gupta. With construction due to commence late-2020, the project will enable steel production to be double the volume of the existing plant, while Mr Gupta’s $500 million Cultana solar farm will vastly improve energy costs. The estimated 1,500 jobs created by the project is very significant for a regional city that currently boasts a workforce of 10,000 and has a median house price of $200,000.

Western Parkland City: A series of major projects worth about $20 billion to develop a new city in Sydney’s outer west. The $5.3 billion Nancy-Bird Walton airport will be the cornerstone of the region. The airport surrounds will be engulfed by an Aerotropolis that will be developed in 10 stages over 16 years and include numerous residential projects.

Australia-Singapore Military Training Hubs: The Australian and Singaporean federal governments have signed an agreement for Australia to provide advance military training to 14,000 Singaporean military personnel every year for 25 years. Singapore has committed to investing $2.25 billion, which will benefit Townsville and Rockhampton through facility infrastructure development. In addition to construction jobs, the 25-year provision of goods and services to trainees will provide long-term economic benefits for Rockhampton and Townsville, increasing the demand for real estate in both regional cities.

Maroochydore City: A $430 million development of a modern CBD for the Sunshine Coast. The region’s population grew at a higher rate than any other location in Australia over the last decade. The new Maroochydore city centre development will include commercial, retail, high- and medium-density residential development, high-speed internet, parklands, waterways and bicycle tracks.

Hobart International Airport: Hobart is already attracting more internal migration than seven out of eight capital cities. A $200 million three-stage expansion of the Hobart airport to accommodate international flights is due for completion before the end of the 2020 calendar year. Airport passenger volumes are forecast to double within 10 years. Hobart’s growth in airport passenger volumes over the last five years is a measurement of its spectacular economic growth that drove nation-leading real estate capital growth. One should not underestimate the enormous potential for increased economic activity through easier visitor access (business travellers, domestic and international tourists, and university students).

Queens Wharf: A $3.6 billion world-class entertainment precinct in Brisbane’s CBD, meaning that Australia’s third largest city will (finally) have a world-class precinct to rival Melbourne’s Crown entertainment and Sydney’s Barangaroo precincts. Due for completion in 2022 and developed across five city blocks, this game-changing project will attract a staggering 1.39 million visitors per year, bring billions of dollars to the coffers of Brisbane’s economy each year, create approximately 10,000 new jobs and breath an exciting new energy into the Brisbane community.

Battery of the Nation: Currently in the early planning stages, this $5 billion project involves using a series of lakes in north-west Tasmania to produce hydroelectricity and direct it to mainland Australia via a cable across the Bass Strait. Real estate demand in the regional city of Burnie will increase as a result of jobs created by this project.

Narrabri Gas Project: This controversial $3.6 billion energy project in north-west NSW is well advanced in the approval process. With the aim of supplying 50 percent of NSW’s gas needs and placing downward pressure on electricity prices, development of the project will create 1,300 direct jobs and even more indirect jobs for the New England region (Narrabri, Armidale, Tamworth and Glen Innes).

Hells Gate Dam: Agribusiness and general economic development for northern Australia will be big winners from this $5.3 billion irrigation and energy project by constructing an enormous dam on the upper Burdekin River, north of Charters Towers. According to a viability assessment conducted by Townsville Enterprise, if Hells Gate Dam is developed to full capacity, it has potential to inject billions of dollars into the North Queensland economy. The property market beneficiaries of this game-changing project will be Cairns, Townsville, Innisfail, Ingham, Ayr and Charters Towers. 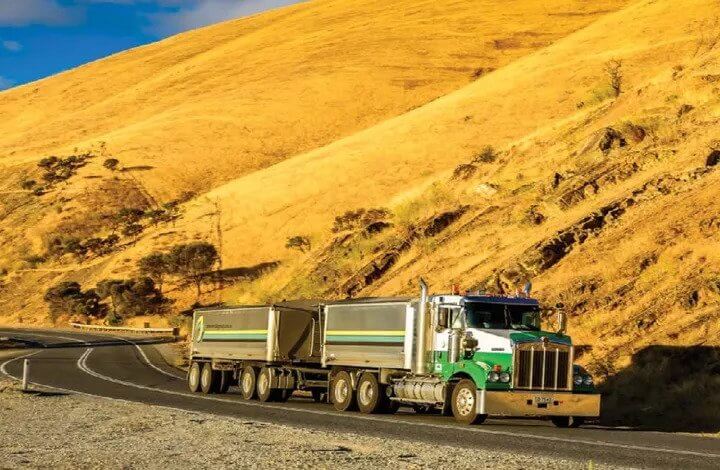 The federal government advisory body Infrastructure Australia has put 12 additional projects into its $64 billion pipeline to help the country recover from a “rolling series of crises”.

However, Victorian projects as well as notable infrastructure announcement Snowy Hydro 2.0 and the expansion of the Olympic Dam in South Australia are not included.

Infrastructure Australia chief executive Romilly Madew said that when selecting projects job creation before and after construction was considered, along with reducing congestion, among other things.

Infrastructure Australia chief executive Romilly Madew said that job creation before and after construction was considered, along with reducing congestion when selecting projects.

“The project has to have the ability for revenue generation, so for whoever is, you know, accepting money,” Madew said in an ABC Radio National interview on Wednesday.

“We would welcome an opportunity to assess the Snowy Hydro 2.0 but we haven’t currently seen a business case, and that’s not unusual.”

The Infrastructure Australia chief executive said this was the first time the advisory body had formally released the priority list mid-year in order to progress the projects faster.

“Australia is planning its recovery from a rolling series of crises: drought, flood, the bushfires and now Covid-19,” Madew said.

“As we look forward, the focus is on delivery and as the nation’s infrastructure advisory body, we are continuing to improve our ability to move quickly to identify investments that will improve productivity—this is about expanding the pipeline, keeping the economy growing, helping to create jobs and attract investment.”

Highly-anticipated projects already on the priority list include the inland rail from Melbourne to Brisbane via New South Wales, which was evaluated in May 2016 and is expected to be delivered before 2026.

The next Infrastructure Priority List announcement is expected in February. 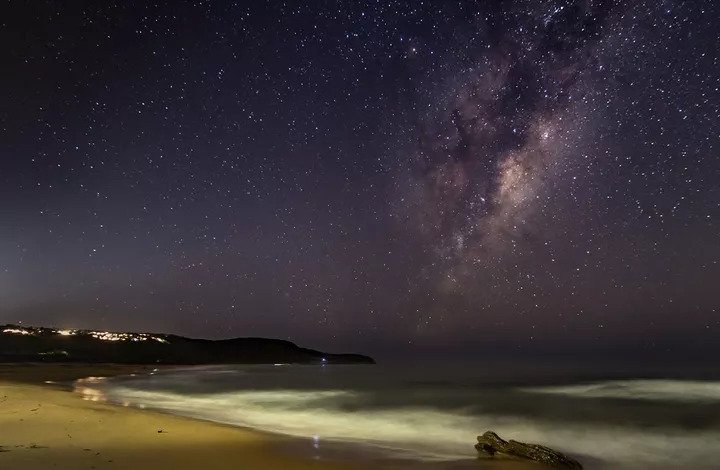 Queensland is hoping to boost its $760 million space industry with a new rocket launch site in the Whitsunday region.

The Abbot Point orbital rocket launch site has been identified by Pricewaterhouse Coopers and the state government based on a range of technical, operational, environmental and infrastructure-related considerations.

The area near Bowen is currently known for Australia’s most northern coal export port used by Adani and the end point of the Carmichael Rail Network.

The Queensland government has been eager to tap into the space industry after announcing an $8 million strategy earlier this year.

The strategy included satellite ground stations in the outback and sites along the coastline for launch along with multiple locations for observation, space enabled services, robotics and automation. 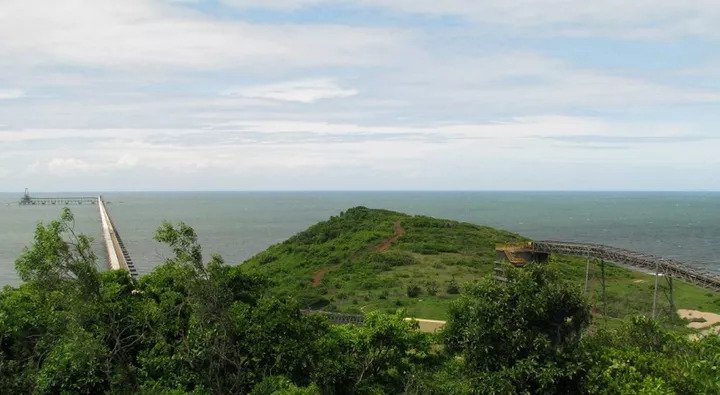 Companies such as Gilmour Space Technologies, Black Sky Aerospace, Hypersonix and Valiant Space already operate in state and the global space industry is expected to grow to US$42.8 billion by 2028.

A Deloitte Access Economics report found that a launch site and space-related infrastructure would be catalytic for the space industry, providing more research, development and market opportunities.

State member for Mackay Julieanne Gilbert said investment into the space industry was a vital part to the state’s economic recovery efforts by tapping into the multi-trillion dollar industry.

“I’m delighted organisations in the region have expressed interest in the development of a launch site at Abbot Point,” Gilbert said.

“These next steps will involve a detailed technical and due diligence on the proposed site to confirm the location is suitable for a space launch facility.”

“Queensland’s space industry has been calling for space launch infrastructure here in Queensland, to take it to lift off and firm up Australia’s sovereign capability,” the retired air vice-marshal said.

“This could be an awe-inspiring opportunity for the region and Queensland, bringing more jobs and new career paths for the workforce.”

Queensland is in the space industry race with the Northern Territory who announced a strategy and launch site late last year. 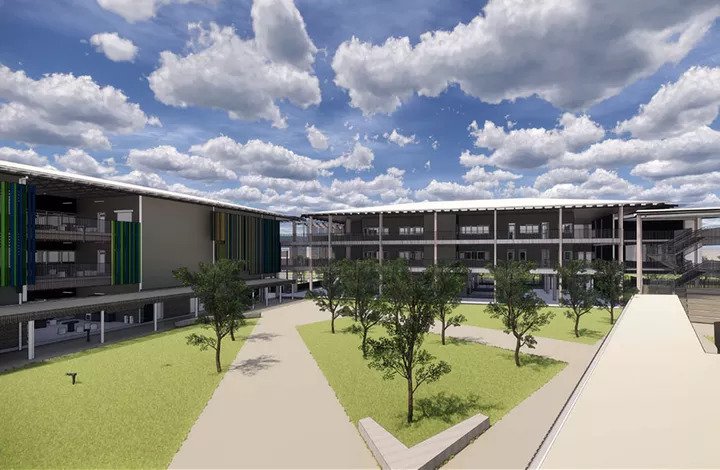 Construction of four new schools across Logan City, the Sunshine Coast and Brisbane’s inner west will soon kick off, the Queensland government has announced.

New primary schools will be built in North Maclean in Logan and Caloundra South on the Sunshine Coast and a new special school will be constructed in Coomera with plans to open in 2022.

A new primary school will also be built in Brisbane’s inner west, in a suburb yet to be determined.

Education minister Grace Grace said $65 million of funding had been pegged for the new primary school in Brisbane’s inner west, which would open by 2023.

“We can now begin an extensive community consultation process to find the best location that will benefit the local community,” Grace said of the announcement. 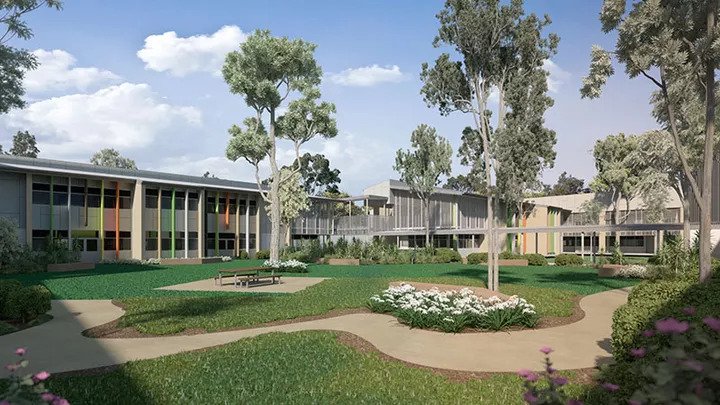 Two of the new primary schools are located within the Caloundra South and Greater Flagstone Priority Development Areas (PDAs), which are strong population growth areas in Queensland’s growth corridor.

The Caloundra South PDA covers 2310 hectares of land, at the southern end of the Sunshine Coast, and aims to establish 20,000 dwellings for a population of around 50,000 people.

The state says up to $346 million has been allocated to the Building Future Schools Fund, designed to build new schools and provide upgrades to existing schools.

The funding package includes around $80 million towards planning and land acquisition for more schools in 2023 and 2024, and up to $20 million to complete stage two of the Lee Street Special School in Caboolture.